Quarterback Jimmy Garoppolo may not have a long-term future with the 49ers, but they are counting on him in 2021.

At least, that’s how training camp will begin Wednesday, when the 49ers take the field in Santa Clara for the first time.

“Jimmy, going through OTAs what he’s done, he’s our best quarterback in the building right now,” Shanahan said. “So we’ll start out training camp that way.”

The 49ers traded up to the No. 3 overall pick to select Lance at a steep price. Along with their No. 12 overall pick this year, they also delivered first-round picks to the Miami Dolphins in 2022 and 2023, as well as a third-round selection in 2022. 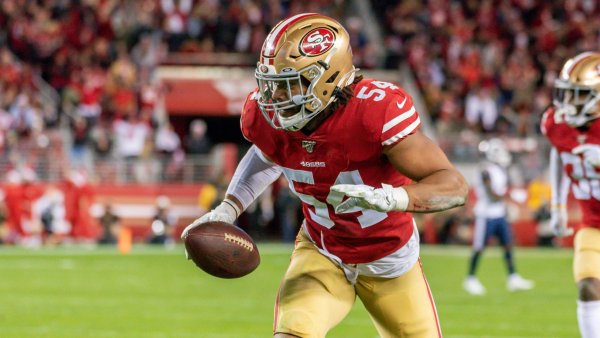 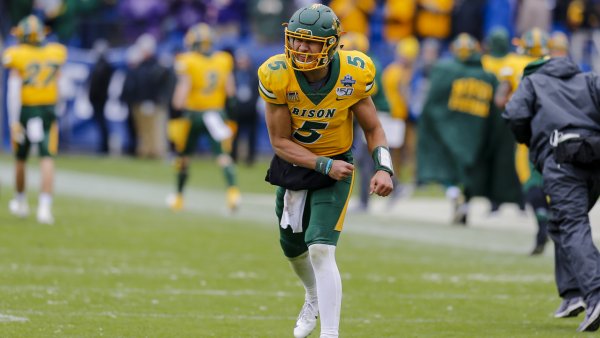 Why Trey Lance Is Built to Be 49ers' Next Franchise Quarterback

Of course, there will come a time when Lance is the player counted upon to lead the 49ers into the future. Shanahan sent a clear signal that now is not that time.

And that is how the 49ers' veterans are approaching camp, too. There is belief in Garoppolo to help the 49ers win a lot of games this season. And there is optimism Lance will be a star in the future.

“Jimmy is the quarterback here, and he will be until we’re told otherwise.” 49ers left tackle Trent Williams said.

“Trey is an outstanding talent, and he’ll take the league by storm when he’s ready.”

But Shanahan does not believe Lance is ready to unseat the veteran to win the starting job as a rookie.

“Trey’s had seven practices with us, and I haven’t seen him in 40 days, so I’m not thinking about that right now,” Shanahan said.

Veterans Nate Sudfeld and Josh Rosen are the only other two quarterbacks on the 49ers’ 90-man roster as camp opens. Lance will get the first chance to nail down the backup job, Shanahan said.

Lance remains as one of just two unsigned first-round draft picks around the NFL. The 49ers remain optimistic a deal will be struck to get him on the field for the opening of camp.

With practice scheduled to start Wednesday, and when/if Lance is on the field, he will not get equal practice repetitions to create a quarterback competition, Shanahan said.

Shanahan said he told Garoppolo after the trade was made on March 26 that no rookie could come in and take his job if he were at the top of his game. Garoppolo’s play during the offseason program only reinforced Shanahan’s belief, he said.

Garoppolo went through a challenging offseason with the 49ers looking to move on from him. First, the club looked into acquiring such veteran quarterbacks as Deshaun Watson, Matthew Stafford and Aaron Rodgers.

Despite the blows to the ego, Garoppolo maintained a professional attitude, tight end George Kittle observed. Kittle said he saw a little more intensity from Garoppolo during the offseason program.

“I’m fully expecting Jimmy to come out of the gates firing this camp,” Kittle said.