Jimmy Garoppolo Has Message for Doubters After Beating Cowboys

All Jimmy Garoppolo has done as a 49er is win. We can debate the manner in which he has won, his overall limitations and his constant health issues, but the win-loss record speaks for itself. After leading the 49ers to a 23-17 win over the Dallas Cowboys in the NFC Wild Card Round at AT&T Stadium on Sunday, Garoppolo is now 36-15 as a starter, including his 3-1 record in the playoffs.

Garoppolo remains a polarizing figure. He knows his time in San Francisco is limited with Trey Lance waiting in the wings, and his penchant to make one head-scratching mistake in each game has many viewing him as an untrustworthy quarterback in the big moments.

Garoppolo has heard all the noise surrounding the end of his 49ers tenure and his uneven play to end the season. He chooses to let it motivate him to keep the show going in the Bay as long as he can.

“I think a big part of it is just knowing who you are—as a player and a person, really,” Garoppolo told NBC Sports' Peter King. “That will take you a long way. It’s kind of a big part of just my mental game. I know what type of quarterback I am. I know what type of player I am in this league and where I stand. All the noise out there and everything, keep it coming. It fuels me and it keeps me going. It’s a good thing when people are talking about you.”

Garoppolo was solid Sunday in Dallas. He completed 16 of 25 passes for 172 yards and an interception. That interception, a fourth-quarter pick on a ball intended for Brandon Aiyuk, gave the Cowboys new life. Dallas scored five plays later to cut the lead to 23-17 with eight minutes to play.

“I didn’t grip it the right way,” Garoppolo, who is playing with a Grade 3 sprain of the ulnar collateral ligament in his right thumb, said of the interception. “Not trying to make excuses, but things happen like that. Really not too much more to it than that.” 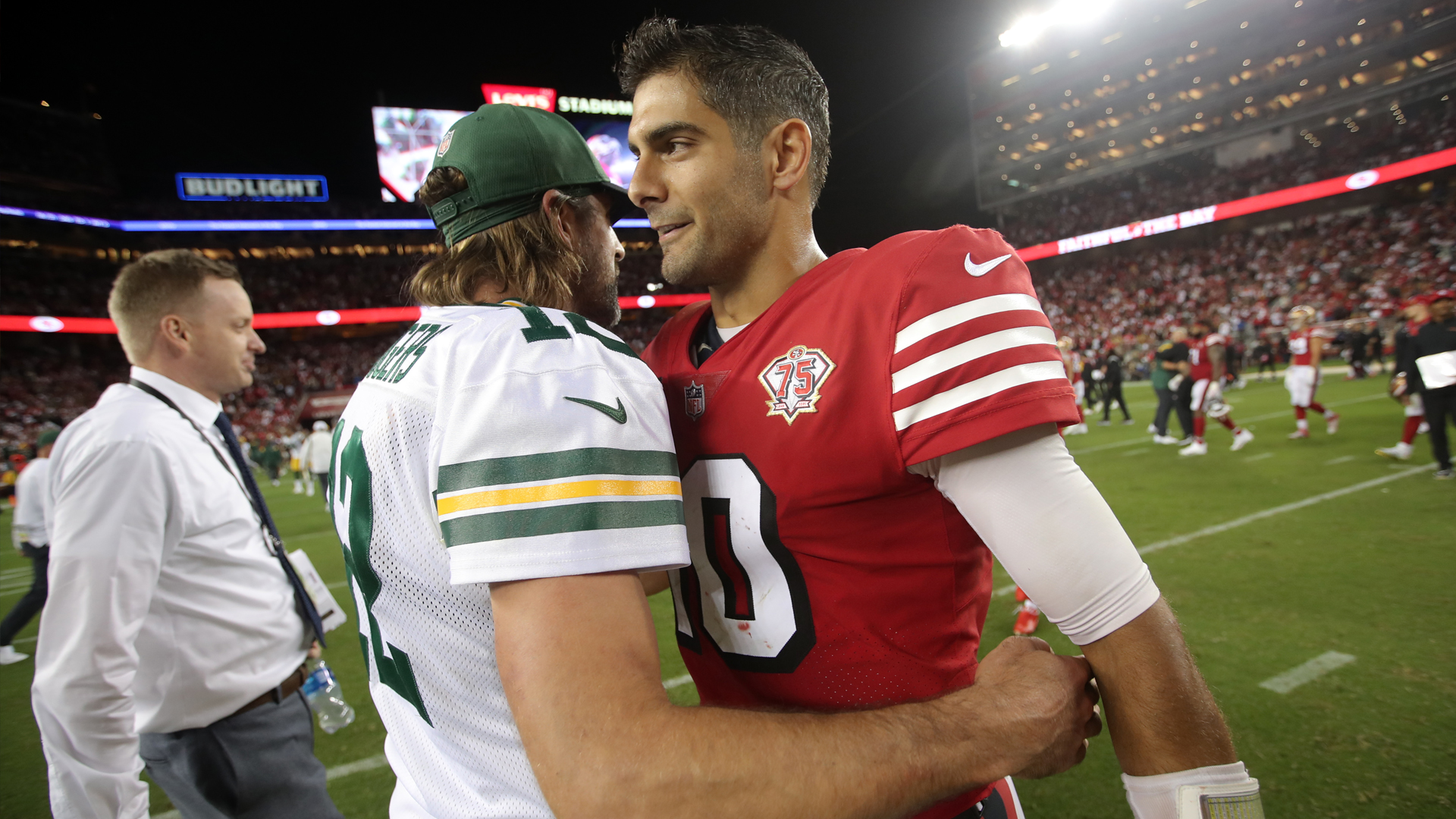 RELATED: 49ers' D-line steps up with Bosa out

While the game tightened in the fourth quarter, the 49ers were able to do just enough to hang on and secure the win, punching their ticket for an NFC Divisional Round game vs. the Green Bay Packers on Saturday night at Lambeau Field.

The interception aside, Garoppolo played well Sunday in Dallas. He was near flawless in the first half as the 49ers moved the ball almost at will against the Cowboys' defense.

The Garoppolo roller coaster will continue in San Francisco for at least one more week. He and the 49ers have gotten the best of Aaron Rodgers and the Packers before and had them beat in Week 3 before Rodgers pulled off a miracle comeback at Levi's Stadium.

There's no question the social-media criticism of Garoppolo will continue as long as he's under center. That's OK with Garoppolo, he'll let it fuel him as he works to close out his San Francisco tenure with a Super Bowl title.