Trey Lance won't be the 49ers' starting quarterback Sunday when they open the season against the Lions in Detroit. All signs point to Jimmy Garoppolo having that distinction.

But coach Kyle Shanahan has that Lance will play this season for the 49ers, and San Francisco spent training camp and the preseason installing a package for the No. 3 overall pick. While Lance isn't QB1 at the moment, former 49ers left tackle and NBC Sports Bay Area analyst Joe Staley is fired up to watch the rookie command the 49ers' offense and knows the North Dakota State product has all the tools to terrorize opposing defenses.

“It’s going to be very scary,” Staley told KNBR's "Papa and Lund" on Tuesday. “I think this is a hand-picked quarterback in Kyle Shanahan’s system and I think what’s so exciting about it is, now you have to play 11-on-11 football. You have to account for the quarterback when Trey’s out there.

“I think there’s going to be packages in certain situations that he’ll come in. I actually don’t even think it was gonna be a lot like how it was in the third preseason game where they’re rotating first series. Now, it could be, but I believe there’s going to be a very dictated, situational football that he comes in.”

During the 49ers' final preseason game against the Raiders, Shanahan swapped Garoppolo and Lance back and forth, even doing so during the same drive. While Staley doesn't think that's a prelude to how the 49ers will use their QB rotation this season, he did see an advantage in how it kept defenses off balance. 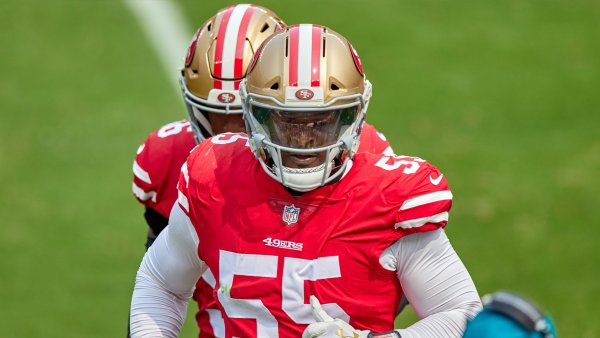 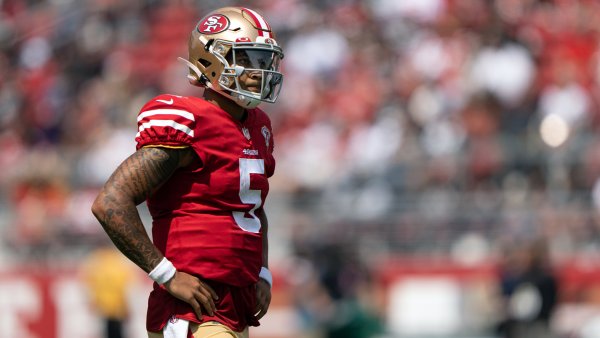 “But Trey allows Kyle to create number advantages," Staley said. "So, when we saw one of these plays against the Raiders where he’s now reading the backside defensive end -- which is usually accounted for by their backside tackle -- and now they’re able to pull both of those guys into the hole, create a number advantage on the play side and then Trey now has to read that backside defensive end, and he has the speed of Raheem Mostert that can gain the edge, or he can keep the ball and follow the blockers and that’s Kyle’s system to a tee.

“It creates angles and creates number advantages, so it’s going to be really exciting to see how he does it as far as creating those advantages and also what he does with motion and the eye candy that he does pre-snap so well. I’m pumped up on it. I think he has to develop as a pocket passer because I do think defenses are going to really key on that stuff until he really develops the understanding of progressions and timing. But that will come. And I think once that gets out there, I think the sky’s the limit for this offense.”

Lance sustained a small fracture on his finger during that game and missed the last week of practice. While Lance's splint was off Monday and he gripped the ball, the rookie did not throw any passes.

While Shanahan has said he won't announce a starting quarterback prior to the game vs. the Lions, Garoppolo is listed atop the 49ers' depth chart for the Week 1 tilt.

Lance is the 49ers' future, one Staley and the rest of the Bay Area is excited to witness. But that future hasn't fully arrived yet.