The Warriors last year reached back in time, dusting off a 1991 player-personnel script, updating it and pulling a solid contributor out of the soil.

More than a few NBA teams are kicking themselves for not discovering Juan Toscano-Anderson, who slipped onto the Golden State roster one day before the season opener with a two-way contract. He was, literally, the last player signed.

By midseason, Toscano-Anderson was a rotation staple. In May, his two-way contract was replaced by a standard NBA contract that extends into 2021-22.

Yeah, he was that valuable. 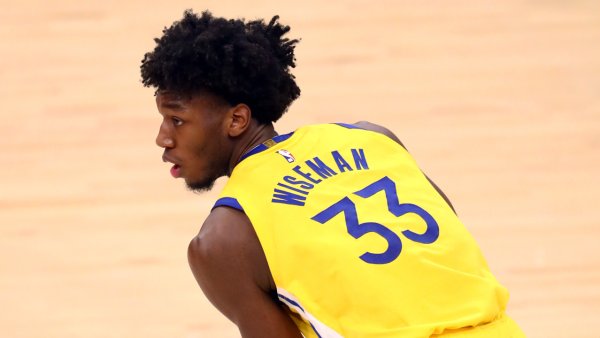 At 6-foot-6, 215 pounds, Toscano-Anderson was Golden State’s most versatile player, capable of defending all five positions, making plays for others on offense while also pitching by scoring. He reached double figures in 11 games, shooting 57.9 percent from the field, including 40.2 percent from distance.

It was JTA’s hoops IQ that buttressed everything he did, endearing him to teammates and coaches. He entered the 2020-21 season with 13 games of NBA experience -- but five years of pro basketball, including three seasons south of the border. He brought savvy.

At 27, Toscano-Anderson was a hoops veteran that just happened to be new to the league.

Not any more. JTA’s contract pretty much ensures he will be on the team next season and it’s a good bet that he’ll find ways to make an impact even if the front office follows through on its intention to upgrade the roster.

He’ll play some at power forward, some at small forward. He’ll occasionally be utilized to defend point guards, especially those with size. He’s one of those players that specializes in filling any holes and cracks in the flow of a game.

"You can see what a guy is about, you can see who he is by watching him play basketball,” coach Steve Kerr said in February. “The way (Toscano-Anderson) plays basketball is energetically, smartly, he does it in a manner that sort of weaves everybody together. He really ties a lot of groups together. Almost every lineup that we put him in, that lineup performs well.”

With a 109.4 offensive rating and a 105.6 defensive rating, JTA’s 3.8 net rating was fifth on the Warriors, behind Stephen Curry, Draymond Green, Kevon Looney and Kent Bazemore. Statistically, Toscano-Anderson played well enough to be a starter.

Now, about that old script.

The 1990-91 Warriors, the second and final season of Run-TMC trio of Tim Hardaway, Mitch Richmond and Chris Mullin, needed another ingredient. In February, they signed a man named Mario Elie, who had three games of NBA experience but five years of international pro basketball. He quickly proved ready, scoring 14 points in his debut.

Elie started seven of Golden State’s nine playoff games. He returned to the Warriors for one more season before moving on spent eight more seasons in the NBA, playing on three championship teams.

These are entirely new Warriors, from ownership all the way down to the team facilities. But a good script deserves to be reused. How else can history repeat itself?