Ahead of the Warriors vs. Los Angeles Lakers showdown in the NBA play-in tournament on Wednesday, the NBA on TNT analyst and two-time champion made his feelings known on Steph Curry and LeBron James, calling Curry "the best player on the planet."

Curry and James again will square off under the bright lights after previously playing each other in four NBA Finals. Steph and the Warriors took down LeBron and his previous squad, the Cleveland Cavaliers, three times in the Finals.

Now, Curry and Co. will have to beat a healthy James and Anthony Davis just to be the No. 7 seed in the Western Conference and play the No. 2-seeded Phoenix Suns in the playoffs. 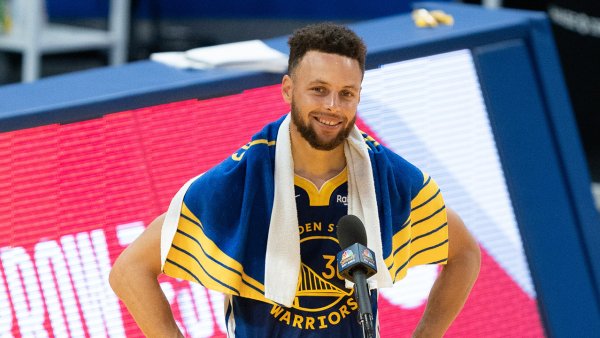 RELATED: Why Steph, LeBron's legacies won't be at stake in NBA play-in

The consensus is Curry was better than James in the regular season, and more available to his team. The two-time NBA MVP very well might have had his best season yet, leading the league in scoring at 32.0 points per game while also averaging 5.8 assists and 5.5 rebounds per game, and shooting 42.1 percent from deep on 12.7 attempts per game.

James, of course, was no slouch himself this season. He wound up playing in just 45 games, but still averaged 25.0 points, 7.8 assists and 7.7 rebounds per game.

When these two face each other, it's must-watch TV. And Smith just upped the ante with his strong statement.