The expanded postseason was supposed to keep more teams in the race through the end of September, but even in a season without those new rules, MLB is on pace to have one heck of a finishing stretch.

In the American League, two of the three divisions currently are decided by just one game, and the other leader -- the Chicago White Sox -- has just a four-game lead. The National League is similarly close, with the Giants leading the West by two games, the Chicago Cubs and Milwaukee Brewers tied atop the Central, and the New York Mets holding the East lead by 3 1/2 games.

As teams hit the 60-game mark that was so important last season, nobody is running away with anything, which is alternately exciting for baseball fans and frightening for executives trying to decide whether they should buy or sell over the next seven weeks. As they try and sort that all out, here's our latest spin through all 30 teams, with a new team atop our biweekly MLB Power Rankings. 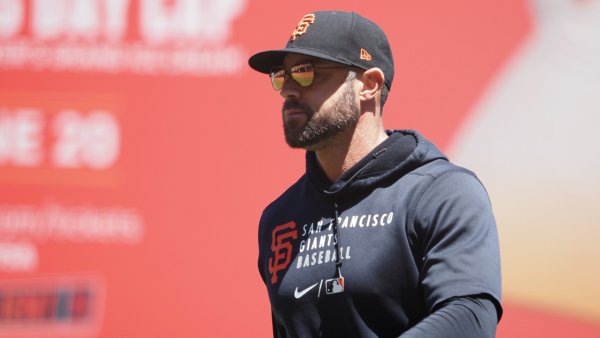 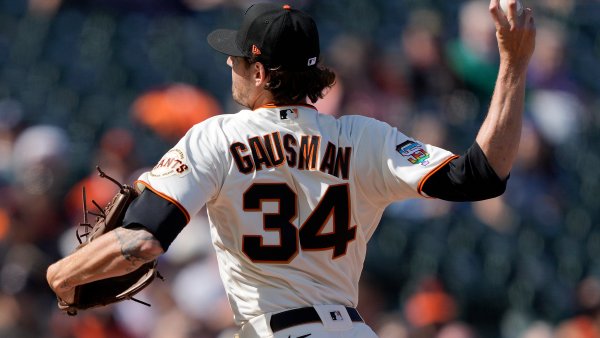 30. Arizona Diamondbacks (20-41): They have lost 17 straight road games, the longest streak in MLB since 2010. Overall, they've lost 19 of their last 21. They've gone from "sorta hanging around in the NL West" to "worrying about job security" in about three weeks.

29. Pittsburg Pirates (23-35): There's not a lot to be excited about here, but at least they finally got rookie Ke'Bryan Hayes back on the field. The 24-year-old top prospect is 8-for-23 this year with two homers, a double and a triple.

28. Baltimore Orioles (21-38): They were last in the AL in run differential before shockingly hanging 18 on the Cleveland Indians on Sunday. Leadoff hitter Cedric Mullens, having a sneaky-good season, led the way with three hits, two walks, two RBI and two runs.

27. Detroit Tigers (24-35): Right-hander Casey Mize, the only player taken ahead of Joey Bart in the 2018 draft, is starting to find his way at the big league level. He has a 3.34 ERA overall and has allowed just nine total runs in his last six starts.

26. Texas Rangers (23-38): The Giants visit Globe Life Field for the first time on Tuesday for a two-game series. They'll see Jordan Lyles and Kyle Gibson, the two pitchers they beat during a series at Oracle Park last month.

25. Colorado Rockies (24-36): Their next front office isn't in place yet, but the interim group isn't going to have an easy time building prospect depth. Two of their best trade chips are currently on the IL. Trevor Story has been dealing with elbow inflammation and Jon Gray has elbow tightness.

24. Minnesota Twins (24-35): They had a chance to get back in the race with 13 consecutive games against the Orioles and Royals, but they went 7-6, losing four straight at one point. Now they face the Yankees and Astros. Might as well jump ahead of the rest of the market and become sellers.

22. Washington Nationals (24-32): The Giants visit this weekend, and it'll be by far their muggiest series of the year. They'll also have to deal with a surging Juan Soto, who has three homers and a triple in June already after a somewhat slow start to his season.

21. Los Angeles Angels (27-32): There's obviously a lot of attention around Shohei Ohtani, but there might not be enough talk about how effective he's been on the mound. In eight starts, Ohtani has a 2.76 ERA, 1.16 WHIP and 12.8 strikeouts-per-nine. He's in the 87th percentile in expected slugging percentage allowed as a pitcher, and the 98th percentile as a hitter.

20. Kansas City Royals (29-28): They have two guys having Tyler Rogers-ish seasons, helping them exceed expectations. Jake Brentz leads the AL with 29 appearances and has a 1.95 ERA; Scott Barlow has a 1.80 ERA in 27 appearances.

19. Miami Marlins (25-33): Electric right-hander Sixto Sanchez has missed the whole year with a shoulder issue and recently had a setback. The 22-year-old had a 3.46 ERA last year. The Marlins could certainly use him right now.

18. Cincinatti Reds (28-29): There are two qualified hitters in the NL with an OPS above 1.000 and both of them are Reds. Jesse Winker (1.077) and Nicholas Castellanos (1.042) are way ahead of the field, and they rank first (Castellanos) and second in the Majors in batting average, too.

17. Philadelphia Phillies (28-30): Andrew McCutchen had 15 homers for the Giants three years ago and 10 each of the last two years -- one shortened by an injury and one by the pandemic. He's at 10 already for the Phillies.

16. Atlanta Braves (28-29): In a tightly-packed division, the Braves have the edge over everyone but the Mets right now after taking two of three from the Dodgers. Atlanta Will Smith won a couple of battles against the other Will Smith while saving the two wins.

15. Cleveland Indians (31-26): Reigning Cy Young Award winner Shane Bieber isn't the current favorite in the AL, but he does lead the Majors with 117 strikeouts -- 11 more than No. 2 Tyler Glasnow.

14. St. Louis Cardinals (31-29): Raiding the NL West has been helpful this season. Nolan Arenado and Paul Goldschmidt have combined for 18 homers and 69 RBI in their first season as teammates.

13. New York Yankees (31-29): The "Bronx Bombers" rank 25th in the Majors in runs and 22nd in OPS, and they just got swept by their bitter rival. It might be time for a George Costanza hitting lesson.

12. New York Mets (29-23): Their offense has been terrible and they've been absolutely decimated by injuries, but they're actually in a pretty solid spot. They lead the division by 3 1/2 games, and if they get into a playoff series, they'll have a huge Game 1 edge in Jacob deGrom, who is putting up video game numbers (0.62 ERA, 14.4 K/9).

11. Toronto Blue Jays (30-27): Vladimir Guerrero Jr. leads the American League in average, OBP, slugging and homers, and is third in RBI and runs. He's on pace to become an MVP at 22 years of age.

9. Houston Astros (33-26): Assuming they're clean, they're doing a good job of putting some of their past issues to rest. They're tied with the Dodgers for the MLB lead in runs scored and Jose Altuve is hitting .302 with nine homers.

8. Chicago Cubs (33-26): Patrick Wisdom is having one of best "who the hell is that guy?!?" months in a while. Wisdom hit two homers Sunday and has seven in 34 at-bats this season.

6. Boston Red Sox (36-23): Like the Giants, they have proven to be an early-season surprise with staying power. After a rough series against the Astros, they swept the Yankees in New York.

5. Los Angeles Dodgers (34-25): MLB is about to start cracking down on foreign substances, and in his start Sunday, Trevor Bauer saw huge drops in his spin rates, particularly for his fastball and changeup. After the game, he didn't exactly deny any allegations. This is a story that will have some legs.

3. Chicago White Sox (36-23): Tony La Russa rightfully took a lot of heat for the way he handled Yermin Mercedes swinging 3-0, but he deserves credit for the rest of his work this year. The White Sox lead the AL in run differential, and their win Sunday was La Russa's 2,764th, putting him second all-time.

2. Tampa Bay Rays (38-23): They acquired an unknown reliever named J.P. Feyereisen from the Brewers and then turned him into an occasional closer, because of course they did. They're the Rays and this is what they do. Feyereisen has allowed one run and struck out nine in seven appearances since the deal.

1. Giants (37-22): They more than earned this spot over the last couple of weeks, taking three of four from the Dodgers and then doing the same to the Cubs, who were coming off a sweep of the Padres. When the Giants take the field Tuesday, it'll be their 35th day in first place in a division with two preseason superpowers.