NFL Week 2 Observations: 49ers' Offense Has to Get More Explosive

Two weeks down, 16 to go. Seven undefeated teams remain and five of them reside in the AFC and NFC West.

At age 44, Tom Brady continues to do the unimaginable and it's time to give the GOAT some flowers.

As for the 49ers, San Francisco has looked unspectacular in wins over the Detroit Lions and Philadelphia Eagles. But it all counts the same. However, the 49ers' offense has left a lot to be desired through two weeks if it wants to be considered a Super Bowl contender come January.

Jimmy Garoppolo and the 49ers' offense lead off our four takeaways from Week 2.

A win is a win in the NFL, and the 49ers got on a plane in Philadelphia with two wins in their pocket to start the season.

The 49ers got into a dog fight Sunday vs. the Eagles, and head coach Kyle Shanahan determined that was no game for rookie quarterback Trey Lance. San Francisco leaned on Jimmy Garoppolo's veteran experience and ground out a 17-11 win.

That was probably the right call. Garoppolo rebounded from a shaky 3-of-7 start to the game, hitting 19 of his final 23 throws while executing two key sneaks to earn the win.

That's all well and good, but the 49ers have to find a way to get more explosive on offense and fast. Yes, they put up 34 offensive points on a bad Detroit Lions team in Week 1, including a 79-yard touchdown pass from Garoppolo to Deebo Samuel that was a product of an underthrown ball and cornerback Jeff Okudah getting turned around.

On Sunday, the 49ers averaged just 6.0 yards per play and Garoppolo's averaged 3.8 air yards per attempt in the win. Now, some of that has to do with the 49ers going to the screen game in the second half with the Eagles' defensive line going all gas, no brakes rushing upfield.

But all the same, the 49ers struggled to create explosive plays Sunday outside of a 40-yard pass from Garoppolo to Samuel. The way to attack the Eagles' defense is outside the numbers, and the 49ers could not do that Sunday. They also averaged just 3.1 yards per rush as the Eagles' defensive line gave them issues for most of the day. 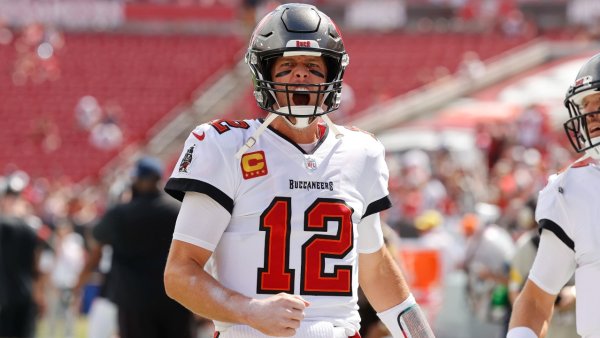 Through two games, Garoppolo is averaging just 4.6 Completed Air Yards and 5.1 Intended Air Yards, per NFL's Next Gen Stats. Those numbers have him hanging out in the bottom of the league with the likes of Andy Dalton, Matt Ryan, and Jared Goff.

Russell Wilson (10.3), Tom Brady (9), Patrick Mahomes (8.9) Matthew Stafford (8.4), and Kyler Murray (8.4) all dwarf Garoppolo in IAY, and it's no surprise that those offenses have been more explosive through the first two weeks.

On the season, Garoppolo has thrown just two passes that have traveled 20 or more yards in the air. That lack of downfield explosiveness is concerning, to say the least.

If the 49ers plan to compete for a Super Bowl this season, the offense will have to get more explosive to compete with the Tampa Bay Buccanneers, Los Angeles, Arizona Cardinals, and other contenders. In the modern NFL, it's extremely hard for an excellent defense to get the best of an elite offense consistently. The 49ers saw that in Super Bowl LIV, and with injuries in the secondary, this unit has a smaller margin for error.

The 49ers' offense has time to get more explosive, which is good because it's hard to see the 49ers winning a Super Bowl by dinking and dunking the Rams, Bucs or Chiefs to death.

The MVP race is already starting to take shape after two weeks. Of course, through seven weeks last year, Kyler Murray was in the thick of things only to fall off the map after he suffered an injury and the Cardinals limped to the finish line.

That being said, Derek Carr is your two-week NFL MVP in my eyes. The Las Vegas Raiders quarterback has thrown for 817 yards and four touchdowns while leading the Silver and Black to wins over the Baltimore Ravens and Pittsburgh Steelers. Carr has been masterful in Jon Gruden's offense and Sunday's deep shot to Henry Ruggs gives me hope that Gruden and Carr finally fully trust each other and are ready to open things up.

Murray, fully healthy, has been electric in wins over a team with four tackling dummies in the defensive backfield (Tennessee) and the Minnesota Vikings team that is probably one loss away from quitting early on Mike Zimmer.

Regardless, Kliff Kingsbury has gotten more inventive in his third season and the idea to replace Larry Fitzgerald's touches with Rondale Moore has made Arizona even more explosive.

As for Brady, he's the subject of third down of these observations ....

In appreciation of the GOAT

I know, everyone thinks we spend way too much time talking about Brady, but I'm not sure we are talking enough about how absurd the things he is doing at age 44 are.

Let's start with this note.

At this rate, it's not unreasonable to think that Brady, at age 44, can make a realistic run at the NFL single-season touchdown pass record (55).

There's not much more to say.

When a door opens, you have to walk through it. Andy Dalton's knee injury Sunday forced Justin Fields into action for the Chicago Bears. While the rookie had moments of inexperience, he also showed why he deserves to be the starter going forward.

The stats will tell you that Fields was 6-for-13 for 60 yards, one interception and a passer rating of 27.7. But that doesn't tell the whole story. Fields had a 35-yard touchdown Allen Robinson dropped and a 13-yard completion to Cole Kmet that was wiped out by a questionable offensive pass interference call. Fields would have scored on a 9-yard touchdown run if not for Jimmy Graham's ole blocking effort.

He also notched the game-clinching 10-yard scramble on third-and-9.

There were false start issues, which Fields took responsibility for, and the interception that let the Bengals back into the game.

He's a rookie. Mistakes will happen. But Fields' vision and processing speed were very good in his first extended NFL action. On the pass to Robinson, the Bengals rotated their over-the-top help to the middle of the field. Field recognized it, knew he had Robinson in a one-on-one matchup and put a strike on his receiver.

On Sunday, we saw rookies Trevor Lawrence and Zach Wilson struggle while Trey Lance didn't see the field. Mac Jones was OK but unimpressive in a win over the New York Jets.

Fields showed he is ready to be the starter. He wasn't perfect, but he will get better. Give him a full week of practice with the first team and set the course for the franchise's future.