Novelty Over for 49ers' Trey Lance, Who's Ready to Get to Work

Novelty is over for Lance, who's ready for work with 49ers originally appeared on NBC Sports Bayarea

SANTA CLARA — Quarterback Trey Lance walked out onto the 49ers’ practice field Friday morning for the first time as a professional football player.

The newcomers from the 2021 draft class and others went through a walk-through practice before their scheduled practice in the afternoon.

Lance, 21, the No. 3 overall pick in the draft, is well past the stage of this being a novelty, as he makes the transition from North Dakota State.

“It was probably cooler the day after the draft and draft day and all of that. Right now, it’s my job and I’m excited to get to work.” 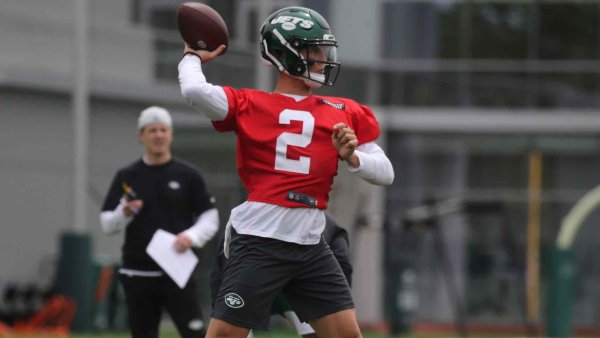 Lance appears to be adapting quickly, as he gets acquainted with his new teammates, including Jimmy Garoppolo and the other veteran quarterbacks.

He said he is energized to continue the process of learning coach Kyle Shanahan’s offense and the entire professional game.

RELATED: Lance, Sermon worked out together before coming to 49ers

That process continues over the weekend with a three-day rookie minicamp before the rookies are allowed to join all the veterans during the next stage of the offseason program.

“Obviously, they trust in me and believe in me or else I wouldn’t be here,” Lance said of the organization. “I’m just super-thankful for the position that I’m in and being able to be here.”