SAN FRANCISCO -- Before being cleared for Game 1 of the Warriors' first-round playoff series against the Denver Nuggets, Steph Curry had to scrimmage with his Golden State teammates. Steve Kerr called it "essential" his star did so.

That's exactly what happened Thursday at Chase Center, and Curry seemed to soak in every moment of the 18 minutes he spent in a game-like environment.

"Everything about it was awesome," Curry said to reporters.

For the first two-and-a-half weeks of his recovery from a sprained ligament in his left foot, which he sustained on March 16 against the Boston Celtics, Curry couldn't do anyting on his feet. His life was stuck to a walking boot. This past Saturday when the Warriors were in San Antonio to play the Spurs, Curry could feel a milestone as far as his recovery goes. He extended how much time he could be on the floor and upped the ante with intensity.

Nothing compares to a game or scrimmage, though. Drills are one thing, as is practice. But scrimmaging and ramping up for a game is a whole different world.

So, how would he assess his first scrimmage in hopes of being able to play in Game 1?

"I felt good, conditioning was fine," Curry said. "I was moving around the floor pretty seamlessly."

The two-time NBA MVP and three-time champion always will be his harshest critic, though. 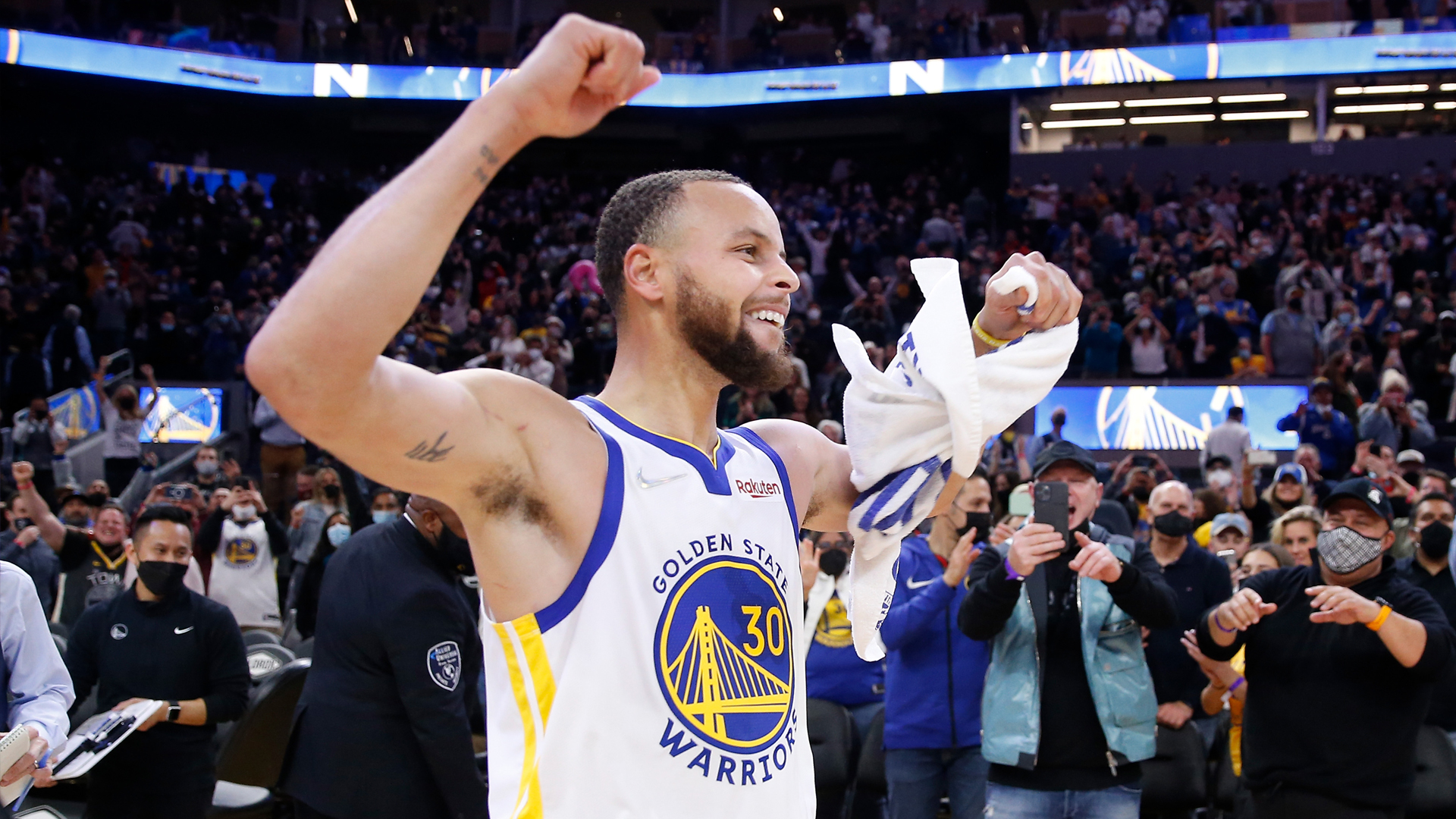 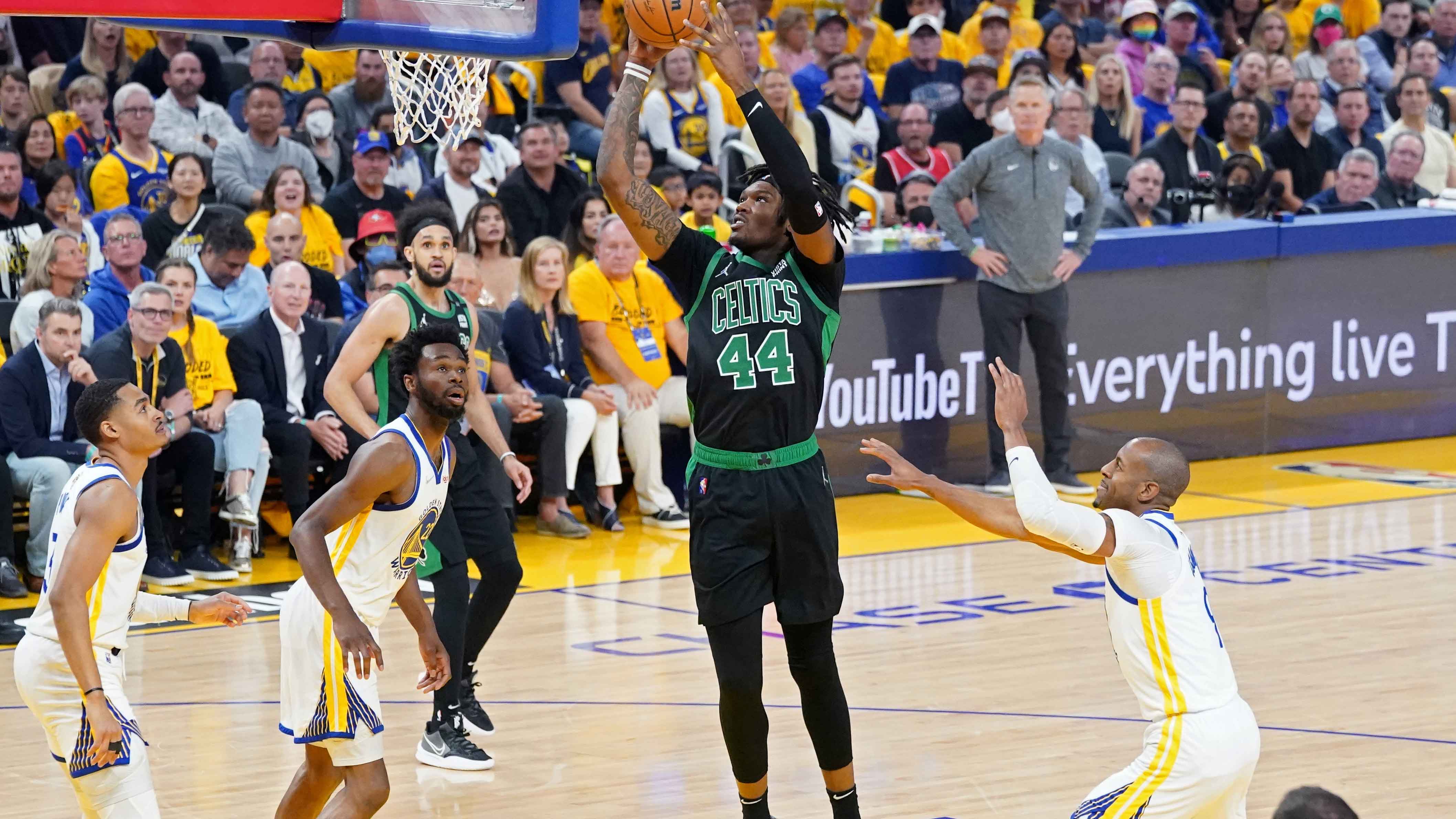 NBA Finals Injury Tracker: Which Players Are Out?

For the Warriors to reach their goal of winning another championship, they'll need Curry and Co. to remain healthy. They also have to clean up a handful of mistakes that have hampered them. That includes careless passes and too many turnovers.

Those are two areas that Curry admits he'll need to improve after his first scrimmage. It also is to be expected after being out for nearly the last month.

"That's just timing and getting used to being out there with nine other guys," Curry said. "I'll be able to make those adjustments, be myself whenever I get to be back out there."

Whenever Curry does return to the Warriors, whether that's to open the playoffs or shortly thereafter, he will be on a minutes restriction. He scrimmaged in three different six-minute segments Thursday, and there isn't a hard cap on how much he'll play when available.

Whatever that number is, Curry and the rest of the Warriors will have a better idea Friday after seeing how his foot recovers from the scrimmage.

To Steph, though, it's only another obstacle he'll have to hurdle. Just as he has done countless times in the past on his way to three titles.

"Yeah, there's always adversity," he said. "Whether it's from outside forces, the other team or a minutes restriction, it's something that you got to kind of push through. I don't know what that number is. I've heard that conversation, but we haven't talked about what it actually looks like. And we got 48 hours, hopefully to figured out if I get the green light on Saturday, but I'm not worried about it being a limiting factor in terms of how I'm going to approach the game.

"And hopefully there's a little wiggle room with whatever that is to see how I feel out there."

Health always has been the Warriors' top priority this season, and it will be right near the top of the list when it comes to playoffs. With an uncanny desire to add a fourth ring to his résumé, Curry unsurprisingly will push for more time on the floor whenever he gets the thumbs up to suit up for these playoffs.

"Always, but we'll how it goes," Curry said.

RELATED: Why Warriors' regular-season record vs. Nuggets is irrelevant

Steph's first taste of the playoffs came in 2013. Nine years later, the roles are reversed for Curry and the Warriors. Back then, they were the No. 6 seed and upset a future teammate in Andre Iguodala and the No. 3-seeded Denver Nuggets in the first round.

Now, Curry is out on a different mission against the same franchise, looking to quiet whatever skeptics he might still have. All that's left is one final assurance that it's go time.

We've seen this story play out before, and it almost always ends with Curry coming out on top.