Whether it be in Brooklyn, Cleveland or San Francisco, it appears NBA fans have a pretty good idea who the frontrunner for MVP is so far this season. After hearing MVP chants during a win over Kevin Durant and the Nets on Tuesday, the fans at Rocket Mortgage Fieldhouse once again showed their respect for Steph Curry as the Warriors completed a wild comeback against the Cavaliers on Thursday.

Curry poured in 40 points and connected on nine 3-pointers for the third time in the past four games as the Warriors overcame a 13-point deficit entering the fourth quarter to cruise to a 104-89 victory in Cleveland.

"I mean I appreciate it, but I don't think about it too much," Curry said after the win. "It is very reminiscent of like 2014-2018 when we had a lot of support and a big following showing up to road games and all of that. So we wanna feed off of that and give them something to cheer about throughout the game, or else they're coming out and it's just a bunch of Warrior mannequins just sitting down just watching, so you want to give them something to actually get excited about."

Fans both at home and at road games have had plenty to get excited about with Curry and the Warriors so far. Sporting an NBA-best 13-2 record, Curry has been the backbone of this team. 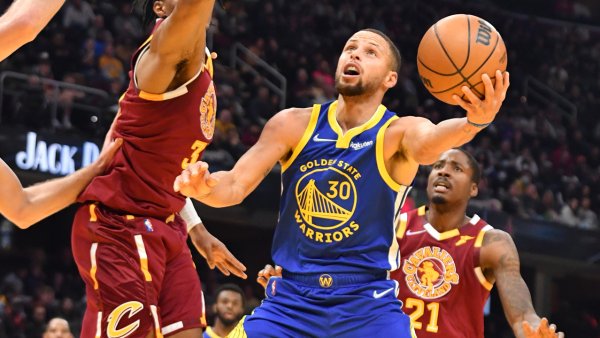 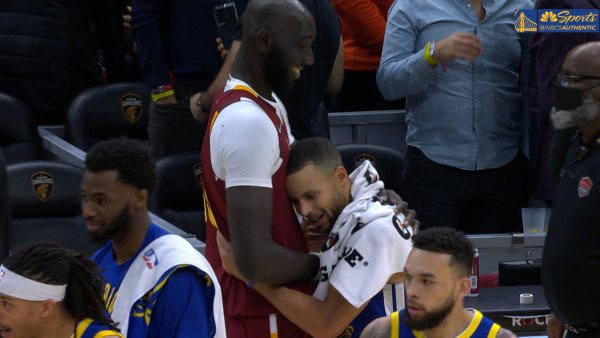 Steph has the best net rating in the NBA among starters (19.0) and extended his lead for the scoring title (29.5 PPG) over Kevin Durant (28.6). Despite leading the NBA in 3-point attempts per game, Curry is shooting 41.9 percent from behind the arc.

There is no one close to Curry in the race for MVP at this stage, and if the Warriors can stay in the top three or four spots in the Western Conference standings, Steph should easily bring home his third MVP trophy.

"It's like you gettting into a streetfight and you have Mike Tyson on your side, like of course you're going to have a lot of confidence in the world because you know Mike Tyson is knocking people out," Juan Toscano-Anderson said of Curry after the game. "When you got the best basketball player in the world and I said this before the season started I think Steph Curry is the best basketball player in the world. So when you got him on your team, that gives you all the confidence."

The last two road crowds the Warriors have played in front of seem to agree with Toscano-Anderson. We will see if Steph gets a similar reception when the Warriors play in Detroit against the Pistons on Friday night.