Stephen Curry has spent the last three weeks taking the book of adjectives often related to sports and entertainment and tossing it into the shredder. On a routine basis.

In fashioning a come-from-behind NBA MVP run for the ages, it’s inadequate to describe this stretch of games as tremendous or fabulous or even magnificent. Extraordinary? That, too, feels insufficient.

“I don’t know what else to say,” coach Steve Kerr said Monday night after Curry torched the Eastern Conference-leading 76ers for 49 points in a 107-95 win at Wells Fargo Center in Philadelphia.

Unable to resist the challenge, Kerr nonetheless tried to articulate the level at which Curry is performing. 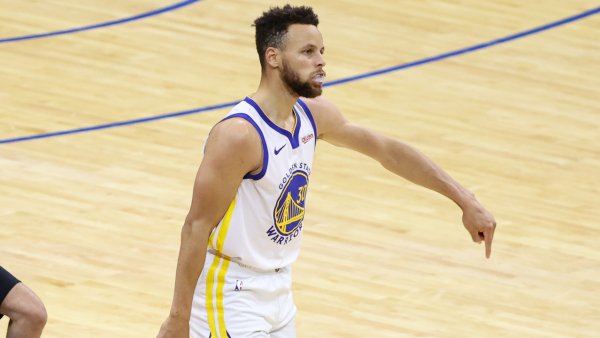 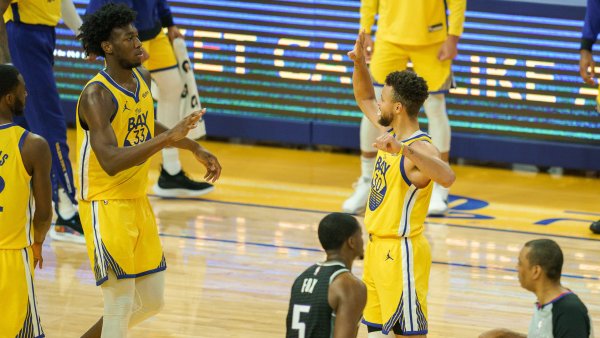 “It's the same thing after every game,” Kerr said. “It's just utter amazement at this guy's skill level, heart, mind, focus. It's just amazing to watch.”

This, folks, has been the norm.

“The run that he’s on is very historic,” 76ers veteran guard George Hill said. “Sometimes, you’ve just got to look at yourself and say, ‘I played the best defense I possibly can.’”

For his effort, Hill wound up on the abusive end of a highlight shot that put Philly to sleep, a step-back 30-footer that gave the Warriors a nine-point lead with 1:08 remaining. Hill was just another is a series of victims subjected to Curry’s hoop torture.

“I’ve just settled into just having fun,” Curry said. “Being aggressive, obviously, but letting the game come to (me). That looks a certain kind of way, but I’m having a blast out there just playing basketball. And it’s obviously working.”

Over the last 10 games, Curry has made 72 3-pointers, an unprecedented number. He is the first player in NBA history to produce 11 consecutive games with at least 30 points at the “advanced” age of 33.

This is an athlete owning his arena. The stuff of fantasy. Pure fiction.

“I’ve seen Kobe Bryant, early in his career, he had a stretch where he went nuts,” Kerr said. “Obviously, Michael Jordan has some stretches where he scored like crazy.

“But nobody’s ever shot the ball like this, in the history of the game. Even by Steph’s own lofty standards, this is above and beyond.”

Truth told, there have been similar feats. What Curry is doing is not unlike MLB’s Barry Bonds, with evidence of artificial assistance, demoralizing pitchers and terrorizing managers in the summer of 2004. Or Track and Field’s Usain Bolt vaporizing the world’s best sprinters in not one or two but three Summer Olympics. Or golf’s Tiger Woods, at age 21, winning The Masters by a record 12 strokes, annihilating a deep field of highly skilled veterans.

These performances transcend the sport. They’re hard to believe even as they’re being witnessed.

In his 20-point fourth quarter, Curry took only six shots from the field. Played only seven minutes. He was so voracious that he also grabbed three rebounds, more than any other Warrior in the final quarter.

And, to think, Curry was so mortal in the first quarter, scoring 11 points but committing four turnovers. He was unbothered, as was everybody on the Golden State bench.

Of course not. Curry over the next three quarters poured in 38 points, adding four assists and committing only two turnovers.

“It’s a lifestyle,” Curry said, recalling the wisdom of Bob McKillop, his coach at Davidson. “You make mistakes and keep it moving. Keep your confidence. Never doubt yourself. You’ve just got to figure it out.”

Oh, Curry has figured out something. And it’s up to the rest of the league to comprehend whatever it is and try to avoid being forlorn, awe-struck observers to his ongoing rampage.