Trainer Says Warriors' Steph Curry ‘as Bouncy and Energetic' as Ever

Steph Curry cannot wait to take the floor for an NBA game again. But with the start date for the 2020-21 season unclear at this point, the Warriors superstar knows he has to stay patient.

Unfortunately, the two-time NBA MVP has had to be extra patient for too long, as he was sidelined for over four months last season because of a broken left hand. 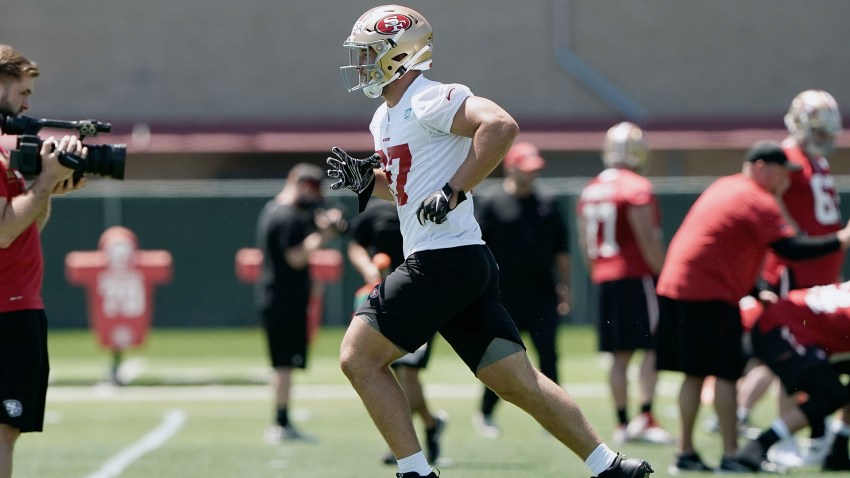 Steph misses competing and winning, and understands the window for doing that at the highest level won't be open for that much longer.

But at the same time, his personal trainer believes there are no reasons to be concerned that the three-time NBA champion is trending in the wrong direction.

"He's as bouncy and energetic in workouts as he's ever been."

Video proof of this sometimes will surface on social media in the form of Curry throwing down some dunks. They serve as a reminder that he is more athletic than people think.

But it's also important to remember Steph's legs are extra fresh right now. And part of that could be because he and Payne have been forced to adjust their offseason regimen.

"Normally we have a five-to-six-day workweek," Payned told Strauss. "This year, with the uncertainty of the timeline (of next season), we're being very patient. We're only going four days a week. With those four days, only two of those days are uptempo, high-intensity days.

"We just want to make sure everything we're doing has a positive benefit to his game. We can't have any empty drills. We don't really want to have wasted running."

Steph acknowledged last month that the 2019-20 campaign "could be a blessing in disguise" for the Warriors. After five straight trips to the NBA Finals, everybody associated with the franchise needed a physical and mental break.

But it sure sounds like the No. 7 overall pick from the 2009 draft has caught his breath and is ready to go full steam ahead.