The 49ers entered the season with two quarterbacks—one for the present and one for the future. But the plan that was laid out was to have both Jimmy Garoppolo and rookie Trey Lance take snaps during the 2021 season.

Lance saw some meaningful snaps early in the season, but it has been Garoppolo's show ever since the bye week. But that's no because the 49ers' belief in Lance's abilities has waivered. Quite the opposite. It just speaks to how much Garoppolo's coaches and teammates trust and believe in him when everything is on the line.

"Inside he's been the guy all along," linebacker Fred Warner said of Garoppolo on Sunday after the 49ers' 31-13 win over the Atlanta Falcons. "Trey has got a bright future ahead, right? We see it every day in practice on our side because he's out there dicing us up. But Jimmy is our leader. He's our quarterback. We've rolled behind him the entire way. To see him playing at a high level like he is right now, we're going to need it."

Garoppolo's play has improved during the 49ers' recent 5-1 stretch. But coach Kyle Shanahan maintains Garoppolo has been a steady presence for the 2021 49ers and that his uptick in play is a product of the offense around him elevating their game.

"Jimmy hasn't been much different to me all year," Shanahan said. "I think we've gotten better around him throughout the year. I think we've gotten more continuity on the offense. I think that we've with the skill positions and tight ends, they've gotten healthier and been out there more consistently than they were at the beginning of the year. When you get to string weeks together from a quarterback and some of the guys you're throwing to, I think you usually improve, and you just get more consistent. I think that's what we have struggled with is consistency. Guys getting a little better health and then us just committing to the run a lot better than we did at the beginning of the year and getting more results out of that to me helps everybody on offense."

Garoppolo was dialed in Sunday against the Falcons. Atlanta's defense gave the 49ers signal-caller his first read for most of the afternoon, and Garoppolo made them pay, going 18-for-23 for 235 yards and one touchdown. Garoppolo made safe, smart decisions that allowed the 49ers to move the ball at will and didn't allow the Falcons to get back in the game once the 49ers were up multiple scores. 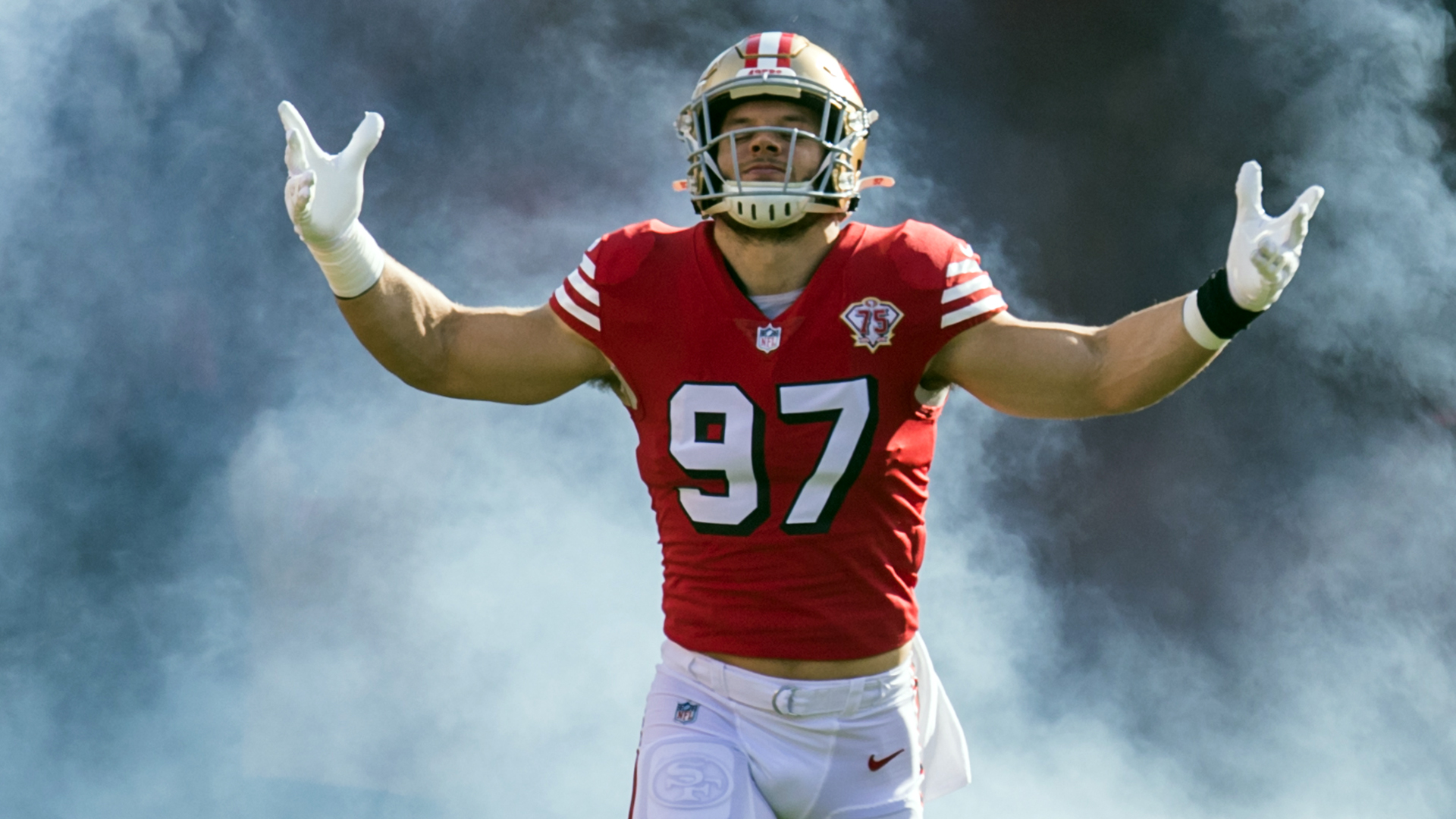 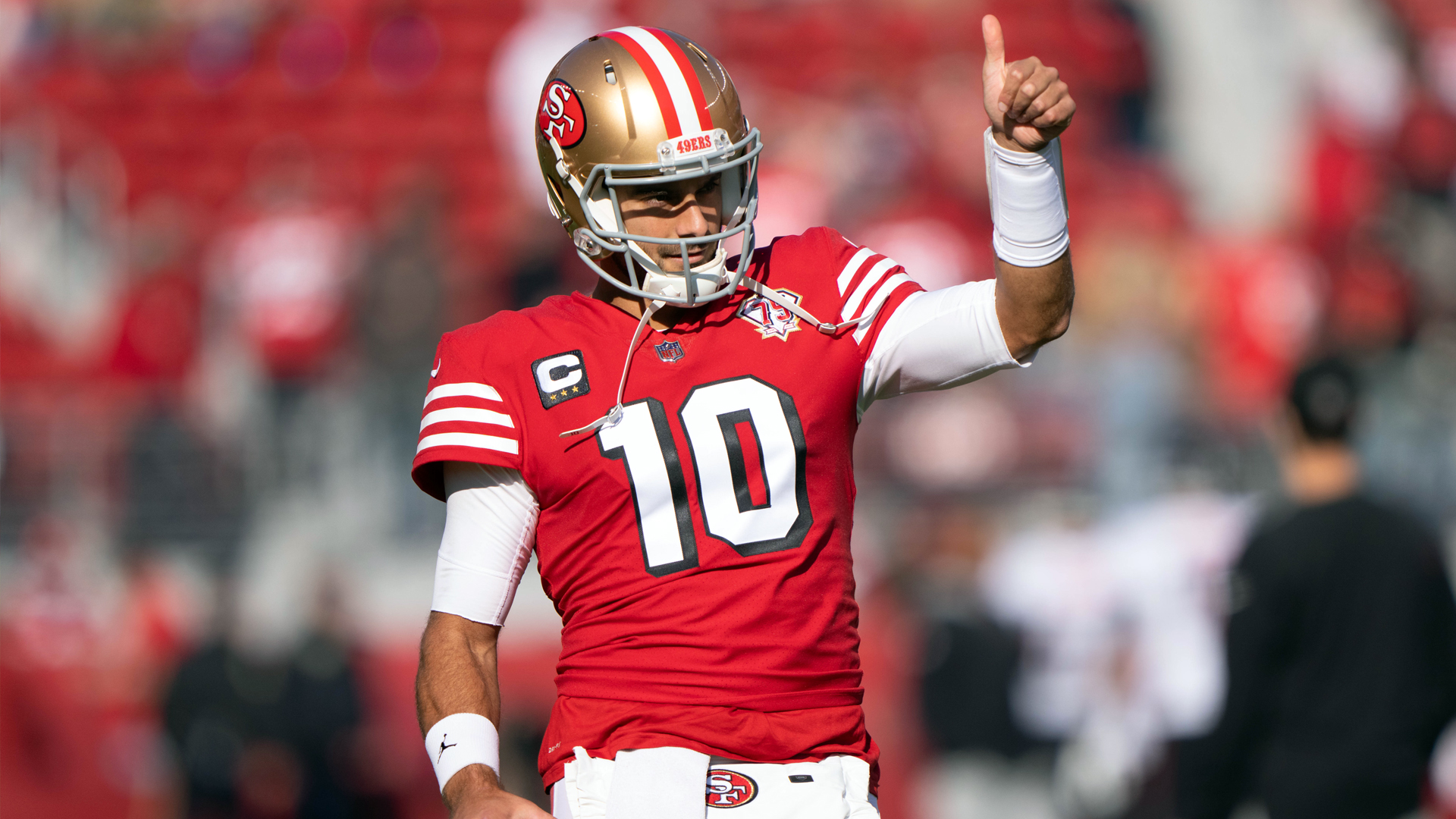 RELATED: Where 49ers sit in NFL power rankings after win vs. Falcons

Tight end George Kittle and fullback Kyle Juszczyk saw something different in Garoppolo before taking the field against the Falcons.

"Jimmy was definitely inspired to play at a high level today and he definitely inspired all of us," Kittle said of Garoppolo. "He's a guy that breaks down the team before we go head out to the field as a team. And I thought he did a great job today. He definitely pulled us all along. I think he had a really good day today.

Garoppolo has handled the Lance dynamic as well as expected from the second the 49ers drafted the North Dakota State product with the No. 3 overall pick. Garoppolo was once in Lance's shoes, and he knows that his time in the Bay is coming to an end.

But Garoppolo has maintained his focus on the task at hand for the 2021 49ers, never letting Lance's presence or performance, be it in a game or practice, affect how he approaches each Sunday.

"You felt it throughout the week too," Garoppolo said when asked about this different "aura" for the Falcons game. "It was a big game. NFC opponent, playoff picture, and everything like that. It’s December football. We knew what we were in for.

“I think whenever you get an opportunity to be in the situation we’re in, it's not easy," Garoppolo continued later. "It doesn't happen to every team, but you’ve just got to take advantage when you get that chance. I think guys realize that. I think more and more week in and week out, it's become bigger and bigger. Like this Thursday coming up, it'll be a big game for us. Just like this one was, and we’ve just got to keep a good mindset right now."

Lance remains the 49ers' future. His performance in practice has given them no reason to think otherwise. But the 2021 49ers are Garoppolo's team, for better or worse. If we're being honest, they have been all along.