You have to hand it to the Warriors. They've been extremely consistent so far.

After defeating the Oklahoma City Thunder 106-98 at Paycom Center on Tuesday night, Golden State improved to 4-0 and remained one of the final three undefeated teams in the NBA. The Warriors have finished on top in every game they've played thus far, a streak that extends all the way back to the preseason, but it's not as if they've been blowing the doors off their opponents.

In fact, the Warriors have trailed at halftime in every game they've played.

In their four victories, the Warriors have overcome respective halftime deficits of six, one, two and 11 points. In doing so, Golden State joined the 1985-86 LA Clippers as the only teams in NBA history to open a season 4-0 despite trailing at halftime in each of those games. 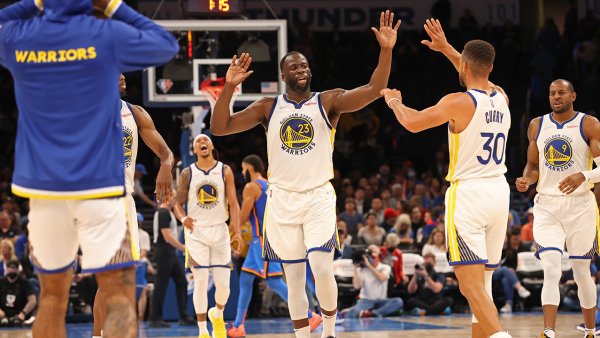 Clearly, thus far, the Warriors have been a second-half team, and they've needed each and every one of their strong finishes to remain undefeated in the early going. Tuesday's win over the Thunder was the first game the Warriors have played this season that wasn't within five points in the final five minutes -- just barely, though, as it was within six.