It is now or never for the Warriors this offseason.

After missing the playoffs in each of the last two seasons due in large part to injuries to Klay Thompson (torn ACL, torn Achilles) and Steph Curry (broken hand in 2019-20), the Warriors enter a critical offseason that they must nail in order to put the best possible roster around their core three.

On Tuesday night, the Warriors' collection of potential trade assets was completed when they landed the No. 7 overall pick in the first round of the 2021 NBA Draft, courtesy of the Minnesota Timberwolves, and the No. 14 overall pick.

The Warriors now must decide the best course of action forward. Will they be comfortable adding two rookies to an already young roster? What does the future hold for James Wiseman? Does Andrew Wiggins have a place long-term in Golden State? Is Kelly Oubre Jr. going to return?

One thing is clear: The Warriors know they have to maximize the remaining years of Curry's prime, and they know have multiple trade packages they can put together in order to get the necessary pieces to build a contender around Curry, Thompson and Draymond Green.

So, let's take a brief look at the packages the Warriors can put together this summer and what types of players they could target with each package. (Note: Kelly Oubre Jr. can't be re-signed and included in a potential sign-and-trade until Aug. 6, so he won't be included as part of these packages but keep that as a possibility for later.) 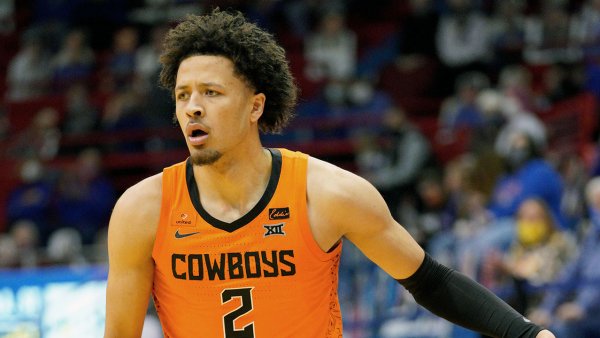 The Warriors have been steadfast in their desire not to trade Wiseman, who they still believe has an incredibly high ceiling. However, they'll listen to offers and if the opportunity to add another star presents itself, the Warriors surely will engage.

As of right now, who that star could be, is unclear. There isn't a clearly unhappy star ready to push his way out of town. But it's the NBA, if you just give it time, one most likely would appear.

I'd put the chances of the Warriors using this specific package as low.

Since it seems unlikely that a top-15 player will become available this offseason, let's lower the bar and lessen the package.

The Warriors could use Wiggins' salary and one of their first-round picks to acquire a fringe All-Star-caliber player who might not be exactly what they are looking for but could raise their ceiling. Any player in this bracket will have some flaws but are at least worth inquiring about.

If the Warriors don't find any potential targets worth dealing Wiseman and/or Wiggins, their best bet would be to scour the market for proven veterans who they know can help them come playoff time. True grinders who have been through the playoff wars and are willing to sacrifice for a championship goal.

A deal like this could be tricky given the Warriors' cap constraints as they'd still have to match the incoming salary in order to facilitate the deal.

It could be a post-draft trade that includes one of the rookies who were drafted and an Oubre sign-and-trade. Otherwise, the Warriors would have to include Wiggins ($31.5 million) or Wiseman ($9.1 million) and other contracts to land a player in this area.

The Package: No. 7 and No. 14 plus future draft compensation

The Warriors barely missed out on a top-five pick in a loaded draft class, but could potentially have the ammunition to move into that area if a team is willing to play ball.

You can take the top three teams -- the Detroit Pistons, Houston Rockets and Cleveland Cavaliers -- off the board. They won't be moving out of their slot. Could the Toronto Raptors (No. 4) or Oklahoma City Thunder (No. 5) be tempted?

Sam Presti has been collecting draft capital, and if he isn't in love with the fifth-best prospect or the player he likes gets taken in the top four, he could be willing to move down a few pegs depending on how he views the class.

This also seems unlikely but it's a situation that should be monitored ahead of the July 29 draft.