Damian Lillard reportedly isn't pleased with the Portland Trail Blazers, and if he were to force his way out and onto an Eastern Conference squad, it would knock one of the West's top teams down a peg.

Yahoo Sports' Chris Haynes reported through league sources Sunday that the recent controversy around reported new head coach Chauncey Billups and "an inability to build a title contending roster" could push the Oakland native to look for a new organization.

Lillard has felt the heat from Blazers fans on social media in the wake of reports that Portland is set to make the LA Clippers assistant Billups their next head coach. According to court documents, Billups was accused of sexual assault in 1997, and according to the Boston Herald, the former NBA guard settled with the accuser in 2000. 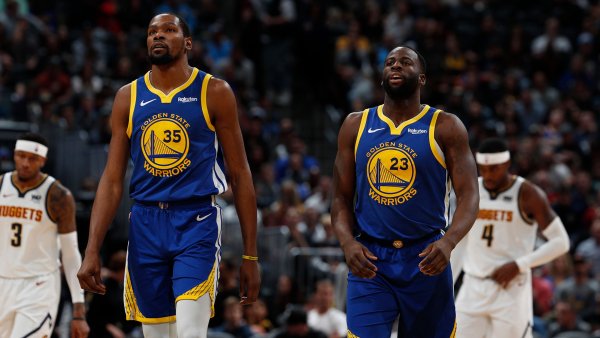 Having just completed his ninth NBA season, Lillard has just one Western Conference Finals appearance on his resume, a series in which his Blazers were swept by the Warriors.

There are a lot of maybes in the most recent reporting, but if Lillard were to push for a trade to a team outside of the Western Conference, it would diminish one of the potential teams that could challenge the Warriors in the playoffs.

However, a team like the Los Angeles Lakers also could try to make a run at the star guard, which would hurt the Warriors by creating a devastating trio of Lillard, LeBron James and Anthony Davis in LA.

We're likely a long way from any potential action on this front, but Lillard's future in Portland certainly will be a storyline throughout the rest of the NBA's offseason.

The Oakland native unquestionably is one of the league's 10 best players, and it's not hard to imagine that he would like to add a championship to his lengthy list of career accolades.

It doesn't seem likely that he will be able to do so in Portland, at least with the organization's current roster construction.

If he does end up being moved sometime before next season, Warriors fans will be hoping he takes his talents East of the Mississippi River.