‘Winner' Jimmy Garoppolo Not Letting 49ers QB Noise Get to Him

Whether or not he admits it, this season can't have been much fun for 49ers quarterback Jimmy Garoppolo up to this point.

Ever since the 49ers traded two first-round draft picks to draft Trey Lance, the noise around the 49ers' QB situation has been deafening, and only got louder during the 49ers' recent four-game losing streak.

Garoppolo understands the draft capital the 49ers gave up to make Lance the QB of the future, but the veteran signal-caller has been able to block out the noise by staying confident in himself and not letting that losing streak or constant chatter get to him.

"There's a number of different words," Garoppolo told 95.7 The Game's "Damon and Ratto" on Wednesday when asked how the situation makes him feel (h/t 49ers Webzone). "But at the end of the day, as the noise is going on, people are saying whatever, at the end of the day, I'm a winner and I'm going out there to win the game. Whatever that takes, I'm willing to do it.

"That's what being an athlete is all about. Every Sunday for us, you get the chance to go out there once a week, put your best foot forward and let the chips fall as they may. That's not for everybody, but I'm willing to -- win, lose or draw, I'm going to give it everything and be better for it."

Garoppolo had struggled while on the field during the 49ers' four-game losing streak, leading many to call for the Lance era to begin ahead of schedule. But the Garoppolo of old showed up last Sunday in the 49ers' 33-22 win over the Chicago Bears, throwing for 322 yards and rushing for two scores in the victory at Soldier Field. 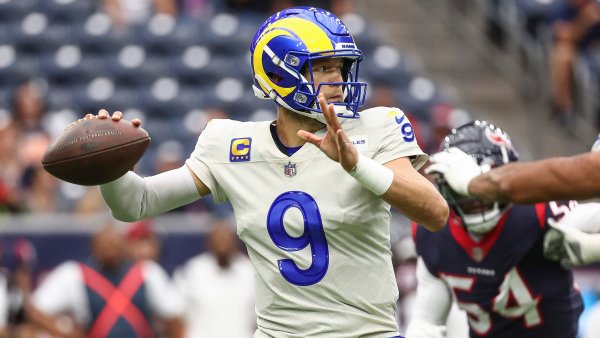 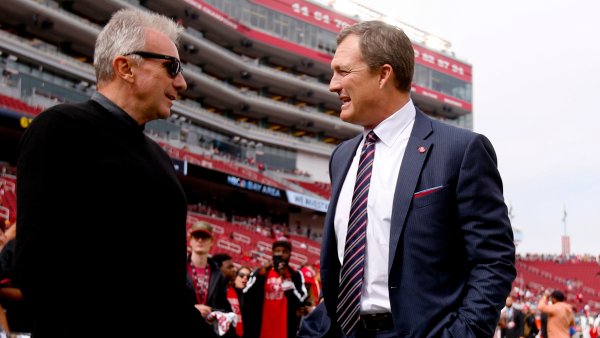 After the win, it was clear a big weight had been lifted off Garoppolo and the 49ers' shoulders.

"I think our team just needed a win," Garoppolo said about how much he needed the performance. "I mean, losing four in a row like that, you've got to do something about it. And I think our guys did. We came ready today. There was a good mindset on the sideline. Guys were talking. You could feel each other. And when we're playing like that, that's when we get dangerous."

Coach Kyle Shanahan was complimentary of how Garoppolo has been able to block out the constant noise surrounding the 49ers' QB situation and just put his head down and work.

"I think it's nice to maybe not have to listen to it as much for a week," Shanahan said Sunday after beating the Bears. "I think Jimmy does it as good as anybody. Jimmy's not a social media guy. He's not a guy who's sitting there watching stuff. I think he's been around the league to know that stuff doesn't help you. But you also -- you have to answer questions and stuff, so you're aware. But that goes with the territory. For the quarterback, the coordinators, the head coach, that's part of this business. And it's what we sign up for. And if you can't deal with it, usually you don't last. And he handled it very well this week."

That being said, Shanahan was happy to not have to face the firing squad of QB questions following a win.

"Gotten used to it," Shanahan said with a smile Sunday. "I don't know what else we'll talk about if we don't have that. No. It's -- yeah, I don't mind you guys not asking."

A defiant and confident Garoppolo will look to keep the noise quiet Sunday when the 49ers face the NFC West-leading Arizona Cardinals.