The National Football League made its first formal response to being sued by two Oakland Raiders cheerleaders, arguing that the Raiderettes can't pursue their claims to be paid at least minimum wage  because the NFL and its teams are "immune from all state Labor Code provisions."

The NFL rebuttal, filed on Aug. 5 in Alameda County Superior Court, argues that because the California Supreme Court found that players cannot bring antitrust claims against their teams, the NFL, therefore, is immune from state labor laws.

"This is a very sweeping claim," said John Logan, Director of Labor and Employment Studies at San Francisco State University and a Senior Research Associate University of California-Berkeley Labor Center. "It's surprising and probably not one that the courts are likely to agree with." 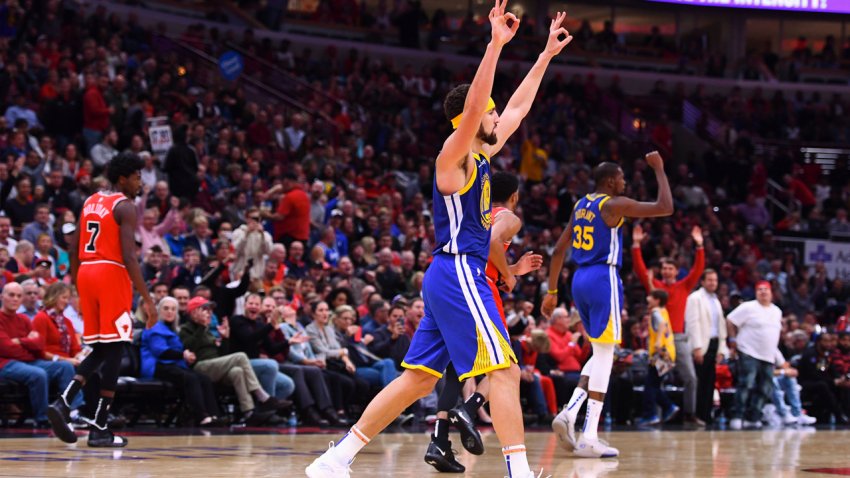 Logan has no direct knowledge of the case, but was asked by NBC Bay Area to review the NFL's brief.

NFL attorneys Dale Barnes and Debra Fischer of Bingham McCutchen wrote that the NFL isn't immune from all labor laws, but the league cannot "be constitutionally burdened with challenges brought under divergent state legislation.”

Those "divergent" laws, the NFL replied, would "disrupt and have a significant impact on the whole league fabric, not just on the state's one or two teams."

"National sports leagues are 'unique,'" the lawyers continued. And the Raiderettes' claims that her wages are "depressed"..."would constitute an impermissible burden on interstate commerce and must be dismissed."

But the NFL's response  constitutes "legal absurdity," according to Drexel Bradshaw of San Fransisco's Bradshaw and Associates PC, who is representing Caitlin Y. and Jenny C., Raiderettes who sued the Raiders and the NFL in June.

Caitlin, Jenny and other cheerleaders around the country have sued various teams, alleging they don't even make minimum wage with all the time they are required to attend mandatory charity events and practices. Caitlin and Jenny are the only two to have taken on the NFL as well.

Caitlin and Jenny's case has not come to a final resolution. Neither has a previous case first filed in January by Lacy T. and Sarah G. in a case solely against the Raiders. But in the meantime, for the first time this season, the Raiders offered the cheerleaders a new contract, and began paying the Raiderettes $9 an hour - California's minimum wage - for the first time for all the hours they work. Before this, the cheerleaders were paid $125 per game, and hadn't received compensation for anything beyond that.

"There is no logical limit to their argument," Bradshaw added in a phone interview on Monday. "If what they say is true, then no employee of any club team is afforded protections. That means anyone who is not a player - coaches, custodian, secretaries, groundskeepers, no one would be treated as a legitimate employee."

When Caitlin - who made the squad again this year - was told of the legal reply, Bradshaw said she "just laughed."

In a separate email to NBC Bay Area, Fischer said: "Every employee of the Raiders is entitled to all appropriate protections under California law. The assumption of the plaintiffs' lawyer is that if they cannot successfully sue the NFL, then non-player team employees don't have such protections. Of course they do, from the team. The team is their employer, not the NFL."

That's because the underlying theme of the NFL argument is that the league is not the right entity to sue: The NFL has no control over the individual hiring, firing and day-to-day supervision of the workers supplying the labor. "The NFL is not a party to, and has no authority to enforce the Raiderette Agreement," the lawyers wrote. "The NFL simply does not belong in this case."

The NFL based its argument in part on argument on a 1983 California Supreme Court case called Partee v. San Diego Chargers where a former player sued under California antitrust law.

The court in that case found that California antitrust laws couldn't be applied to to players who have collectively bargained agreements because it could affect how the team would play on the field.