Niners, Kaepernick Hope to Get Back on Track

In the span of two weeks, Colin Kaepernick went from hot to not.

He threw for more than 400 yards for the first time in his pro career in a Game 1 victory over the Packers, then followed that up with his worst game in the NFL in a lopsided loss to Seattle on national television.

In the 29-3 loss, Kaepernick threw three interceptions, fumbled, was sacked three times and completed just 13 of 28 throws for no touchdowns. 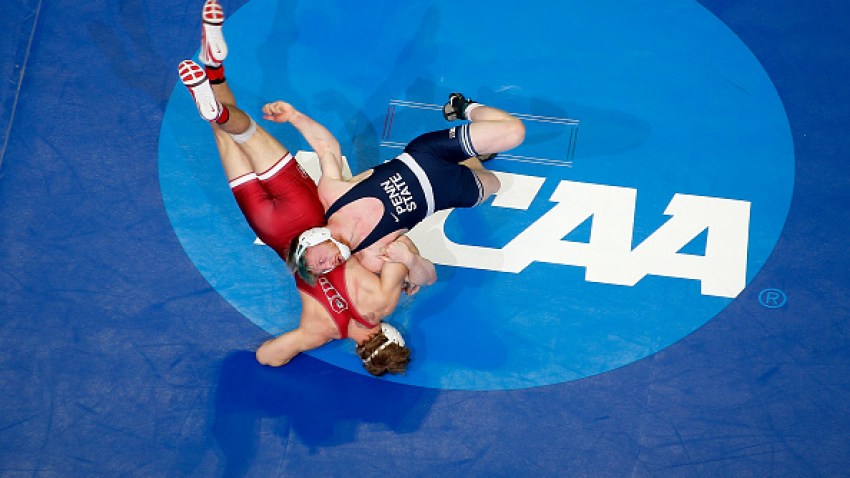 Said Kaepernick after that game: “We’re not going to win games if I play like that.”

Now the 49ers host the Indianapolis Colts Sunday afternoon at Candlestick Park, and the question is, which Kaepernick will we see? The Kaepernick who looked so good vs. Green Bay and the one who took the Niners to the Super Bowl in February? Or the one who never found his rhythm in Seattle?

Those who know him are betting that the stumble in Seattle is just a blip.

Though he’s only been a starting quarterback since November of last season, he’s never lost consecutive starts. And oddsmakers are banking on the 49ers and Kaepernick rebounding from their first loss of the season, making them 10-point favorites Sunday.

Niners offensive coordinator Greg Roman told the media this week that Kaepernick has been his usual self this week, businesslike and focused.

“He understands the NFL season is one ripe with great highs and hopefully a few lows, but they’re inevitable and it’s how you work through them,” Roman said. “When you do have great success, or just the opposite, it’s about remaining level headed. It comes naturally to him to approach it that way. He doesn’t panic.”

Added center Jonathan Goodwin: “He’s the same Kap to me. He’s had his head up all week. He’s practicing and focusing just as hard.”

The team listed Kaepernick on its injury report this week, revealing he has a foot injury from the game against the Seahawks. But the quarterback hasn’t missed any practice time and is expected to start Sunday.

The Colts certainly expect to see the Kaepernick they saw on film against the Packers and in last year’s regular-season and playoff games.

His ability to run and handle the ball on the read option has meant Indianapolis has had to make special preparations this week for the mobile quarterback. Though the 49ers’ traditional running game with Frank Gore has yet to take off – Gore has just 60 yards on 30 carries – Colts head coach Chuck Pagano says Kaepernick and Co. will be tough.

“When he drops back to pass, if it’s not there, you know he can beat you scrambling around,” Pagano told Indianapolis reporters early in the week. “We’ve got to be very, very disciplined with our pass-rush lane integrity. Then in the back end if he does break outside the pocket and start to scramble, we got to do a great job of plastering and sticking (to) the guys in the back end so they don’t give up a free play.”

Kaepernick, of course, isn’t the only player hoping to rebound against Indianapolis. The offensive line was manhandled, wide receiver Anquan Boldin had just one catch, the defense couldn’t contain Marshawn Lynch and the whole team committed 12 penalties, some of them costly.

Like the 49ers, the Colts are 1-1, and coming into Candlestick with a new running back in Trent Richardson – acquired this week from the Browns – to pair with former Stanford quarterback Andrew Luck.

Luck, of course, is one of the NFL’s best young quarterbacks. This season he has a QB rating of 96.7, has completed 65.2 percent of his throws for 499 yards and has thrown for three TDs vs. one interception. Though the Colts aren’t nearly the team Seattle is, with Luck they are dangerous, said Harbaugh – who coached Luck at Stanford.

“He is, for lack of a better term, a freakishly good athlete,” Harbaugh said of Luck this week. “He’s a lot faster than you think he is, and he’s really fast. Stronger than he looks, but then you see the evidence on the tape where guys are hitting him pretty solid, pretty hard, and he’s able to just flinch it off, kind of (Ben) Roethlisberger-like.”