OAKLAND – Finding flaws in the Raiders’ 6-2 record proved hard to do. They started the season a perfect 5-0 on the road, came from behind to win three times and have a quarterback capable of competing with anyone.

The biggest knock, however, was the Raiders hadn’t beat a big-time team. The rival Denver Broncos are certainly one. The defending Super Bowl champs equaled Oakland’s hot start, setting up a juicy primetime matchup on Sunday night.

This was the biggest game played here in a dozen years and, despite all the hype, the Raiders did not wilt. 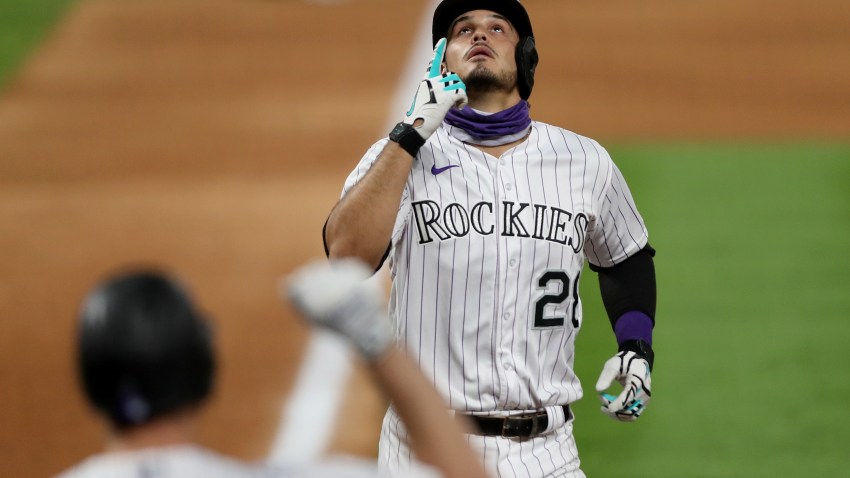 The Raiders jumped out to an early lead and never let go, beating the Broncos 30-20 to stand alone atop the AFC West. They head into a bye week 7-2, with as many wins as anyone in the NFL through nine games. Now, without doubt, it can be said the Raiders are a legitimate contender in the AFC.

While the Raiders typically win in dramatic fashion, they were closers this time. They milked the clock, kept the chains moving and never made the big mistake.

Derek Carr is this team’s centerpiece, but the night was won the old fashioned way, with rushing and defense.

The Raiders ran rampant, including strong runs to maintain a second half lead. Latavius Murray paced that effort with 20 carries for 114 yards and three touchdowns.

That kept quarterback Derek Carr out of trouble against the NFL’s best pass defense.

But, with the Broncos inching closer in the fourth quarter, Khalil Mack a huge play. The star Raiders edge rusher sacked and stripped quarterback Trevor Siemian and recovered his own forced fumble to put the Raiders in position to score Murray’s third touchdown of the night.

Reggie Nelson’s interception closed it out with less than two minutes left and the Broncos without a timeout.

It completed a strong showing on a national stage, proving the Raiders are a force to be reckoned with in the AFC.

The second half started slow. A scoreless third quarter and Brandon McManus’ 44-yard field goal to start the fourth trimmed the Raiders lead to 20-13 and set up another tight finish.

The Raiders held their lead well. They worked a field goal out of a 10-play, 58-yard drive that took over six minutes off the clock. That re-established a two score cushion with roughly eight minutes left.

The Raiders started well in all three phases, and jumped out to a 20-10 halftime lead. They started the game with 13 unanswered points thanks to four straight 3-and-outs forced by the Raiders defense.

The Broncos responded with an efficient touchdown drive that ended with a 36-yard pass to Jordan Norwood. That, plus a missed field goal from Sebastian Janikowski, cut the Raiders lead to 13-7.

They expanded it late in the second quarter with a six-play, 75-yard drive helped along by a 42-yard Latavius Murray run and two Denver pass interference penalties in the end zone. Murray closed that drive with a 1-yard touchdown run with 1 minute, 25 seconds left.

Denver cut their deficit to 10 as the first half ended, with a 55-yard field goal from Brandon McManus.

The second half was a tight affair, but the Raiders were able to hold off the Broncos for the victory.