The Raiders entered the draft with a massive need at wide receiver. As expected, they quickly filled that hole Thursday in Round 1 of the 2020 NFL Draft when they selected wide receiver Henry Ruggs with the No. 12 overall pick.

With all three top receivers on the board, the Raiders had their pick of the litter and they went with the blistering speed of the Alabama star.

Ruggs, who ran a 4.27 40-yard dash at the NFL Scouting Combine, has the type of freakish athleticism and home-run ability the Silver and Black have sorely been missing. There were some questions about Ruggs' readiness to be a No. 1 wide receiver out of the gate, with some scouts believing he was schemed open a lot at Alabama.

While the route-running can get crisper and his release can be refined, Ruggs has the athletic tools that can't be taught or coached.

Jon Gruden has been openly envious of the embarrassment of offensive riches Andy Reid and the Kansas City Chiefs have at receiver with Tyreek Hill, Sammy Watkins, Mecole Hardman and DeMarcus Robinson. In Ruggs, Gruden gets his own speedster. A guy who can tear the top off the defense and will walk in as the second-fastest guy in the NFL behind Hill.

The Raiders' offense was lacking last season because of a thin wide receiver corps that was decimated by Antonio Brown's explosion. Without Brown, the Raiders' offense lacked the explosiveness to go down the field in chunks, leaving Gruden to scheme up long, methodical drives to get in the end zone.

Ruggs will be a Swiss Army Knife of a weapon for Gruden to play with. He can spend all summer scheming up different ways just to get the ball in his hands and turn that speed loose. The Alabama star can take 5-slant and turn it into a 65-yard touchdown in a blink and without getting touched.

With CeeDee Lamb still on the board, I would have put him in Silver and Black. But Ruggs is exactly the type of weapon the Raiders need. He can take their offense from Schwinn to Maserati in a heartbeat.

But it's hard to fault Gruden and general manager Mike Mayock for wanting to inject a little NOS into what was a stagnant passing game last season. 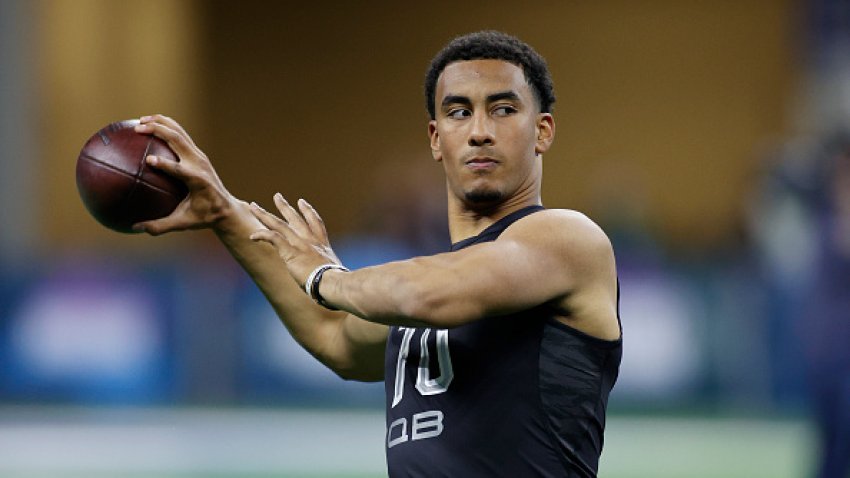 Will Raiders Draft a Quarterback in Round 1? 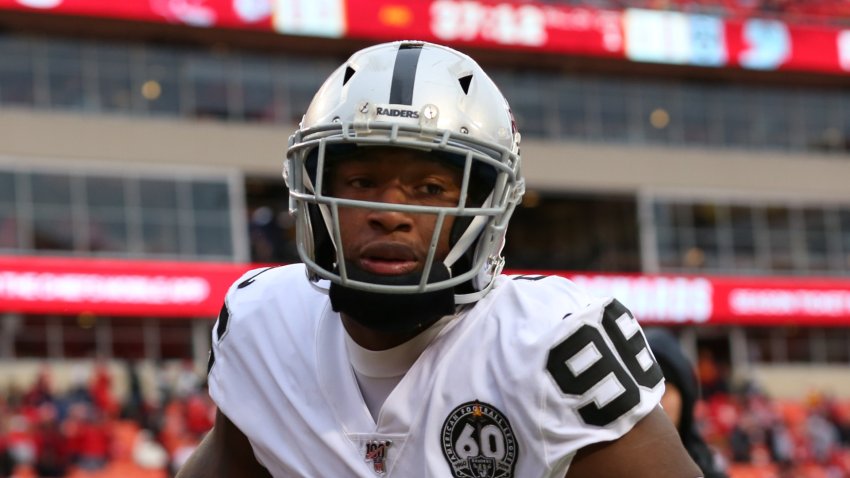 Here's a look at the Raiders NFL draft history.

BEST SECOND-ROUND PICK: Ken Stabler. The Raiders selected college quarterbacks with their first two picks in 1968, but the second one had a much bigger impact than first-rounder Eldridge Dickey. Stabler became Oakland’s starter in 1973, was named league MVP the following year and led the team to its first Super Bowl title in the 1976 season. Stabler eventually made the Hall of Fame, along with 1968 third-rounder Art Shell.

BEST LATE-ROUND DRAFT PICK: Bo Jackson. The 1985 Heisman Trophy winner was selected first overall by Tampa Bay in 1986 but ended up playing baseball instead. That didn’t stop the Raiders from using a seventh-round pick on Jackson in 1987. Davis allowed Jackson to play both sports, and the move paid off quickly when Jackson ran for 221 yards and two TDs in his fifth game with the Raiders that season. He played only 38 games over four seasons with the Raiders before a career-ending hip injury in the playoffs following the 1990 season. Jackson is one of four players since the NFL-AFL merger with two TD runs of at least 90 yards.

WORST FIRST-ROUND DRAFT PICK: JaMarcus Russell. The Raiders’ reward for a two-win season in 2006 was the top pick the following year. It turned into a colossal bust when Oakland took Russell out of LSU ahead of stud receiver Calvin Johnson. Russell held out his rookie year, was overweight most of his career and had a poor work ethic. He started just 25 games before being released following the 2009 season after getting paid more than $39 million. Russell’s 18 TD passes and 65.2 rating are the second worst among any No. 1-pick QBs in the common draft era.

WORST SECOND-ROUND DRAFT PICK: Jihad Ward. The Raiders picked Ward 44th overall in 2016, one spot ahead of running back Derrick Henry and three spots ahead of receiver Michael Thomas. While those two players led the NFL is rushing and receiving last year, Ward was dealt away after one sack in 21 games for Oakland. The pick the following year, safety Obi Melifonwu, lasted only five games with the Raiders but wasn’t as bad because there weren’t as many stars who were drafted right after him.

BEST DRAFT TRADE: The Raiders paid a big price to acquire linebacker Ted Hendricks from Green Bay for two first-round picks following the 1974 season. Hendricks stepped in and bolstered the Raiders’ defense. He played a big role in the team winning its first Super Bowl in his second season and two more before he retired following the 1983 season.

WORST DRAFT TRADE: Randy Moss arrived in Oakland with big fanfare in 2005 when he was acquired from Minnesota in a deal that included the No. 7 overall pick. But Moss struggled with injuries and focus during two disappointing seasons with the Raiders before being dealt during the 2007 draft to New England for a fourth-round pick. Moss had a record 23 TD catches his first year with the Patriots while the player the Raiders acquired, cornerback John Bowie, played five games in three seasons.

DID YOU KNOW THEY ONCE DRAFTED?: Steve Renko. The Raiders took Renko as a fullback out of Kansas in the 15th round of the 1966 draft, but he opted to play baseball instead. It proved to be a wise decision; Renko spent 15 seasons in the majors and won 134 games.