ALAMEDA – The Raiders defensive line finally got some positive injury news on Wednesday, when P.J. Hall was cleared to resume practice.

The second-round defensive tackle missed two weeks after spraining an ankle in season-opening loss to the L.A. Rams. His loss, plus Justin Ellis being placed on injured reserve, left the Raiders precariously thin at defensive tackle.

The Silver and Black signed veterans Clinton McDonald and Johnathan Hankins to fill voids, but Hall will be a welcome presence rushing the passer if he can play Sunday against Cleveland. 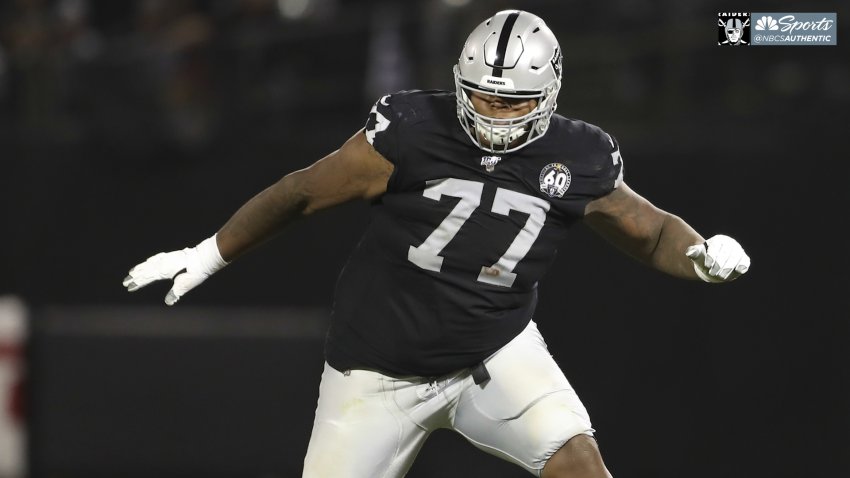 There is confidence right tackle Donald Penn can go Sunday despite being evaluated for concussion-like symptoms. He was active in Wednesday's practice, a sign that he's advance a solid distance in the league's concussion protocol at the least.

Safety Karl Joseph did not practice, though that was expected. Gruden said he'll miss a game at least.

Also, kicker Mike Nugent was placed on injured reserve with a hip injury. That decision made room for new kicker Matt McCrane on the 53-man roster.

Check back for a full participation report from the Raiders and Browns.