Will Cherry did end up with Golden State after all.

The Oakland native signed an Exhibit 10 deal with the Warriors and reported on Monday, ESPN's Marc Spears reported: 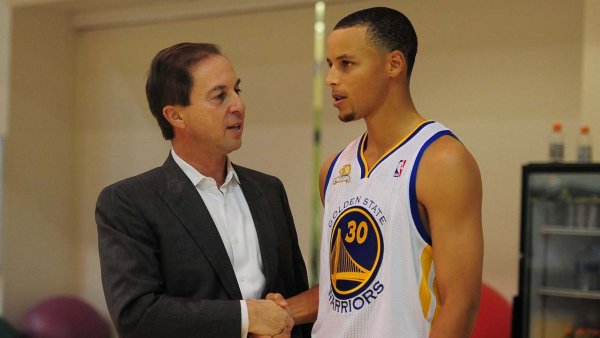 Cherry retweeted Spears so it's safe to assume that Cherry put pen to paper.

[RELATED: Why did Danuel House pick the Warriors? 'To be honest, I don't really know']

On Sept. 19, Sportando reported that Cherry was expected to sign with Golden State. But the following day, the guard took to Twitter:

People stop tweeting me about signing with warriors please. It's FAKE NEWS, no matter if y'all seeing it all over the different internet sources which are normally credible but this time it ain't true— will cherry (@willcherry5) September 20, 2018

Not sure what the hold up was, but it appears everything has been resolved.

Your next question probably is: "What is an Exhibit 10 contract?"

An Exhibit 10 bonus can pay the player from $5,000 to $50,000 if the player is waived by his NBA team, signs with the G-League, is assigned to the NBA team's G-League affiliate, and stays there at least 60 days.

So yes, you can expect Cherry to end up in Santa Cruz.

The 6-foot, 180-pound 27-year old -- who went to McClymonds High School and played his college ball at Montana -- averaged 1.9 points over eight appearances with the Cavs in 2014-15. He played overseas the last three years, averaging 11.0 points and 3.5 assists for Cedevita in Croatia.