The look, which has inspired Halloween costumes, belongs to San Francisco 49ers coach Jim Harbaugh, who has led the team to three consecutive winning seasons and a Super Bowl appearance.

If he's screaming at refs from the sidelines on gameday or fielding questions from reporters, it's a safe bet Harbaugh is decked out in his go-to look. 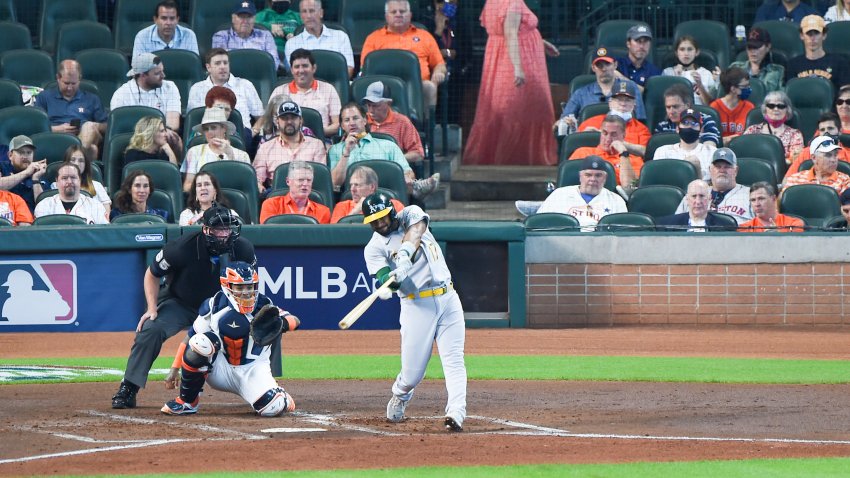 The look isn't for everyone and Harbaugh's wife, Sarah, isn't a fan of the get up. She said in a radio interview that she will not take responsibility for his wardrobe. She even said she has thrown the khakis away.

But last year in Indianapolis, Harbaugh was seen at a Walmart purchasing more.

Harbaugh is pictured holding khakis and undergarments, while wearing a Watsonville Fire Department cap and a winter jacket with a red shirt underneath. Perhaps a 49ers shirt?

Also a mystery - as it's unclear in the photo -- is the type of pants Harbaugh is wearing in the photo.

His wife said that Harbaugh pays $8 per pair of khakis. The coach on Wednesday said it is actually $23 a pair.

“I heard about that,” Harbaugh said. “They were making quite a bit of sport of me. But problem solved there.”

“So happy wife, happy life,” Harbaugh said. “As far as tucking in the shirt, though. If I’m the last person alive who tucks in his shirt, that’ll be great. I’ll feel like an innovator.”

Matt Maiocco contributed to this report.