The 49ers have been high on Dante Pettis since selecting him in the second round of the 2018 draft.

Then, over the 49ers’ first two games of the regular season, Pettis was largely absent from the game plan. He caught one pass in the opening victory over Tampa Bay, and didn’t even have a ball thrown his way in a Week 2 win over Cincinnati.

But this past Sunday, in a 24-20 decision over the Pittsburgh Steelers in the team’s home opener, Pettis had four catches on five targets, including one for the game-winning touchdown in the fourth quarter.

Now, as the 3-0 49ers get some rest on a bye week, it appears Pettis is very much in the 49ers plans for the rest of the season.

And, Shanahan acknowledged in an interview on KNBR this week that Pettis injured a muscle in his chest during training camp that set him back, followed by a groin injury and a calf injury. 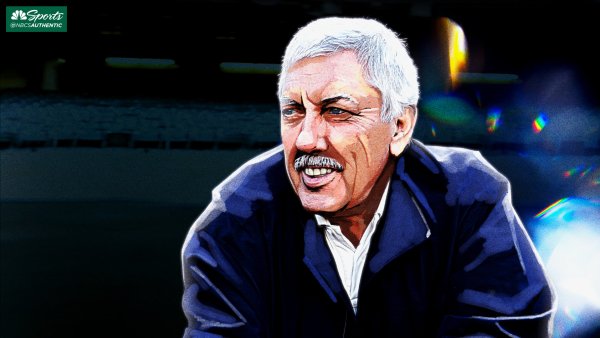 Now, says Shanahan, "He’s gotten better each week and now I feel he’s at where he left off last year."

As a rookie, Pettis had a good start to his season, then missed some games from injury, but finished strong. He had three catches through October but closed with 24 over his final six games, with four touchdowns.

"I’ve been real excited with Dante his last few weeks," said Shanahan. "I mean, everyone knows that I put a little bit of pressure on him going through training camp, and it wasn’t going exactly how my expectations were, which are extremely high," Shanahan said on KNBR. "It’s more of a credit to Dante, because I just believe in him a lot and he wasn’t totally there, where I wanted him to be … He really took the challenge."

The 49ers and Pettis will return to action Monday night, Oct. 7, vs. the Cleveland Browns.