Throughout the Sharks' Monday matinee with the Islanders, their forward attack had grade-A chances to get on the scoreboard. But despite how threatening the offense looked, even when coach Peter DeBoer shuffled up the lines in the third frame, the Sharks couldn't capitalize on their chances and were shut out 4-0 by New York netminder Robin Lehner.

There will be no time to dwell on the missed opportunities in Monday's loss, however. The Sharks already have identified why they couldn't get a goal, and they'll use that to move forward in their five-game road trip. 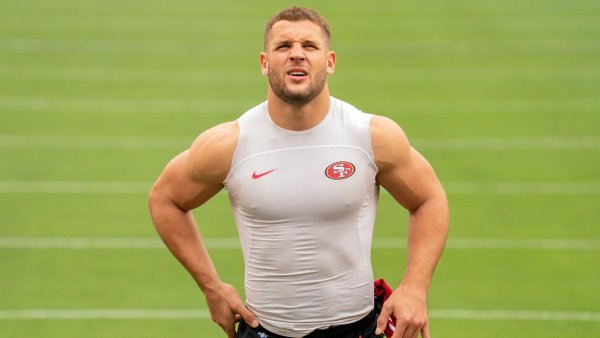 Captain Joe Pavelski acknowledged the frustration of not getting on the scoreboard when he spoke to the media after Monday's game.

"It's a game where -- it was winnable," Pavelski said. "It's one of those games. Every time you get that grade-A, it seems to hit (the goaltender) in the chest or finds a pad or something like that."

The Sharks aren't expecting to blow their opponents out of the water, mind you. Getting on the scoreboard and keeping the game tight is where this team thrives.

"That's how this team wins," Pavelski said. "A lot of one-goal, two-goal games."

When Evander Kane dissected the game afterward, he said it came down to the Sharks not fully executing their chances in front of Lehner.

"Their goalie, he's a big goalie. Covers the ice well," Kane said. "We have to elevate pucks. A lot of our chances, whether they were tips or shots, were along the ice or low. And that's where he thrives."

San Jose outshot the opposition 35-30 on Monday, comparable to the 33 shots the Sharks notched against Jonathan Quick and the Kings on Friday night. So the inability to finish on their chances stings.

"We had our chances to score and we didn't get pucks up … didn't finish on our chances," Kane continued. "And we're paying the price by not putting anything by [Lehner]."

Now the Sharks must move on and complete their back-to-back Tuesday when they visit the Flyers. Philadelphia will be rested after not playing since Saturday night, but the Flyers are coming off a 5-2 loss to the Colorado Avalanche and recently learned they'll be without James van Riemsdyk for up to six weeks because of a lower body injury.

While the Flyers usually play the Sharks tough, Tuesday's tilt will be a great opportunity for San Jose to have a bounce-back performance. Especially since the Sharks seem to be getting more and more chances as they make their way through the schedule.

"It felt like we had more chances tonight than in any of the other games," Pavelski said. "So if that can continue, we'll get some wins."