OAKLAND – NaVorro Bowman would've been forgiven for skipping Thursday's game. The veteran inside linebacker signed with the Raiders, and had one practice and a pair of walk-throughs before facing Kansas City.

That isn't much time to absorb a new scheme. No matter. As he said Monday, Bowman wanted to show you something.

The former 49er certainly did, even more than Bowman expected. He played 60 of 62 defensive snaps in a crucial 31-30 victory over the Chiefs.

He didn't just play. He performed. Bowman led the Raiders with 11 tackles, including one for a loss and a crucial hit on Chiefs quarterback Alex Smith on a crucial third-down stop in the fourth quarter. 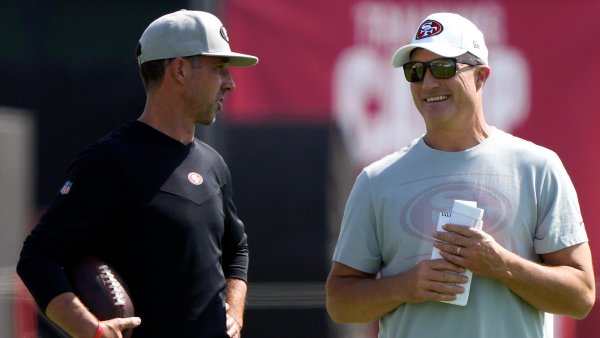 He wore the green dot – play calls were relayed to his helmet speaker -- and helped get the defense lined up.

"I just absolutely love the football player in him. He's a hunting dog," head coach Jack Del Rio said. "He loves to play. He brought experience during the week. He was a settling influence, kind of a determined influence on the sideline. I thought he did a remarkable job."

That's the result. The process of getting there was remarkable. He put in 40 hours of work in three days, memorizing terminology and defensive concepts specific to the game plan. He bunkered down and ignored the world during his acclimation process, and came out a functional member of the Raiders defense.

"Everyone knows I've only been here for three days and must be wondering how I did it," Bowman said. "It was my commitment to the game, and my family understanding how much I love the work and giving me that peace and quiet time in hours away from them to really get everything down. This is why you want to come out so well and execute. So many people are sacrificing so you can play the game."

Bowman helped keep the Raiders close down the stretch, and had key stops in a pair of defensive stops that allowed quarterback Derek Carr to orchestrate a successful two-minute drill.

"I was on the sidelines with my back turned, saying ‘I can't watch, I can't watch,'" Bowman said. "They all looked at me funny like, ‘This is what we do.' They went out and won, and acted all normal. I guess that's how we roll. It was a great game, and I enjoyed it."

That was clear after the game. There was a good reason for it. Bowman hadn't won a game since September 2016. Bowman lost most of last season recovering from an Achilles' tendon injury, meaning he last tasted victory in Week 2 last season.

"I've worked my way back from the Achilles injury, and to have a shot to better and get better and possibly win a division is huge," Bowman said. "We just beat a really good team. I think this will propel us and get us going."

DID NOT PLAY
QB EJ Manuel