The Tokyo Games are almost here. We individually revisit an amazing Olympic memory, per diem, over the 25-day leadup.

This countdown began on Monday, June 28. Here are parts one, two, three and four.

NBC will have comprehensive coverage of the Tokyo Olympics' Opening Ceremony on Friday, July 23, beginning live at 6:55 a.m. ET. The ceremony will be re-aired at 7:30 p.m. ET for U.S. viewers who tune in for primetime, then replayed again overnight. 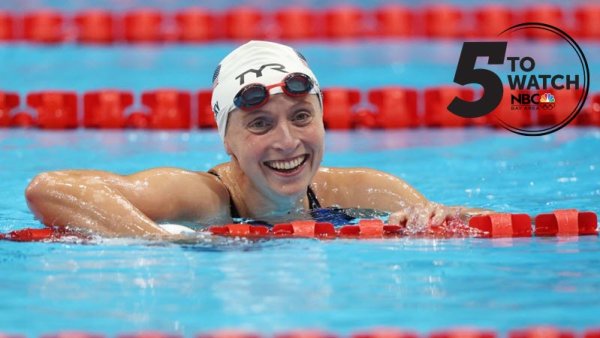 Michael Phelps left the Rio the most decorated Olympian of all time with 28 total medals. His very first came 12 years prior at the 2004 Athens Games.

Dressel, the 100m free U.S. record-holder, will be joined in Tokyo by Zach Apple. Blake Pieroni and Brooks Curry will come along for the 4x100m.