Anything Warriors Get From Damian Jones Will Be a Luxury 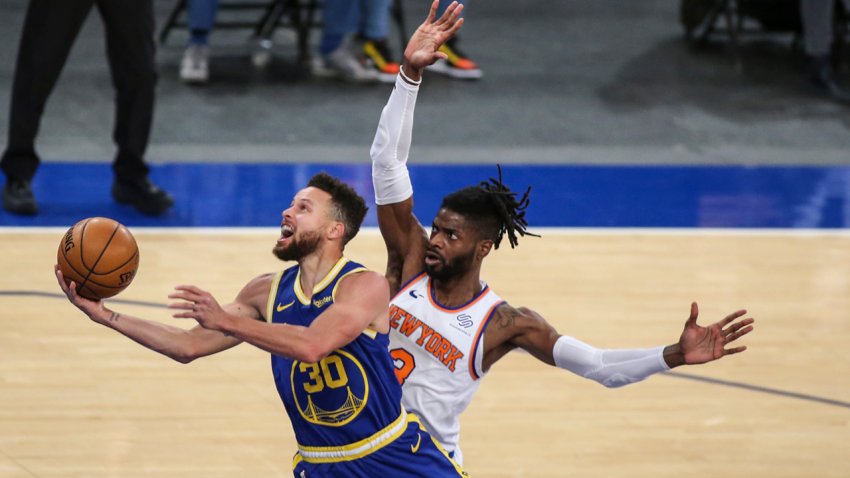 Warriors Takeaways: What We Learned in Sloppy 114-106 Win Over Knicks

2015-16 in review: Jones was an impact player at Vanderbilt, moving into the center spot once manned by Festus Ezeli, who was drafted by the Warriors in 2012. Jones ran the floor well, casting a formidable defensive presence but also was able to make shots. He's a tempting risk, flashing potential the Warriors hope to tap.

2016-17 outlook: Jones sustained a torn pectoral muscle in June and will not be ready for action when training camp begins. He likely won't be ready for the Oct. 25 season opener. The Warriors say they're OK with this, but expect him to be ready sometime in November. Anything they get from this rookie (drafted 30th overall) will be considered a luxury.

Floor: Behind early, Jones never quite catches up to the NBA game and spends most of the season with D-League affiliate Santa Cruz.

Ceiling: Jones recovers well and his athleticism vaults him into the role of backup big man.