Only 451 home runs to go. That's how many Giants rookie outfielder Mike Yastrzemski is now behind his Hall of Fame grandfather Carl.

After tripling in his first at-bat Friday in Baltimore, Yastrzemski took Orioles starting pitcher Andrew Cashner deep to right-center field to lead off the second inning and tie the score at six runs apiece.

First big league homer for Mike Yastrzemski, who played more than 700 games in the minors to get to this point: pic.twitter.com/FFt1El79ig— Alex Pavlovic (@PavlovicNBCS) June 1, 2019 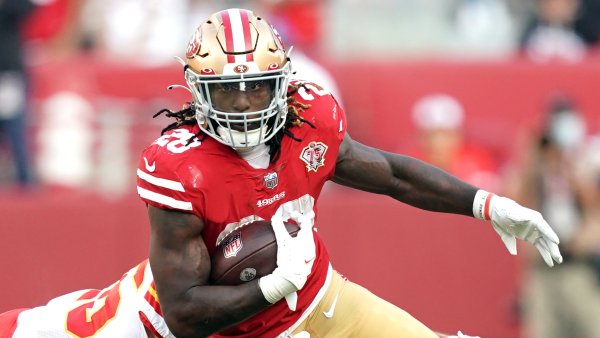 How 49ers Are Preparing Running Back Group for Packers Showdown

What made Yastrzemski's first career homer in the bigs even sweeter is that it came against his former team. He was drafted out of Vanderbilt by the Orioles in the 14th round of the draft in 2013, but never made the majors with his original team.

[RELATED: Trip to Camden Yards is a first for most of Giants lineup]

Yastrzemski hit 73 home runs over 703 at-bats in the minor leagues. He hit his first big league dinger on his 20th major league at-bat.