Steve Jobs Opera to Focus on Tech Pioneer's Life, Death, and the People and Events That Inspired Him

The Santa Fe Opera announced its latest commission will be based on the man who brought the world the iPhone.

Since his death in 2011, Apple co-founder Steve Jobs has been the subject of documentaries, books, a film and even a graphic novel.

Now the technology pioneer will be the focus of an upcoming opera.

In front of the Sangre de Cristo mountains in northern New Mexico, the Santa Fe Opera announced Wednesday that its latest commission will be based on the man who helped revolutionize personal computers, the music business and, of course, brought the world the iPhone. 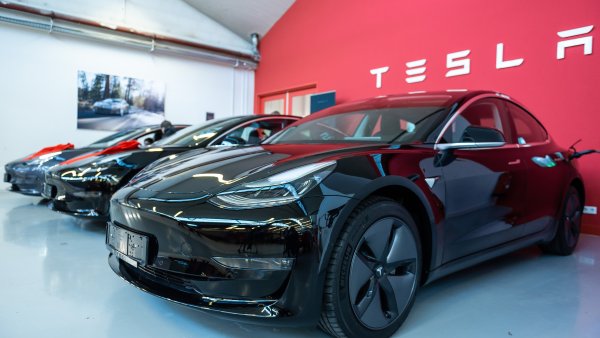 "The Revolution of Steve Jobs'' will premiere during the company's 2017 season and will be written by composer Mason Bates and librettist Mark Campbell, opera leadership said. According to the opera, the production will examine Jobs facing his own mortality and circles back to the events and people in his past that shaped and inspired him.

The move comes as New Mexico in recent years has worked to honor it connections to technology innovators like Jobs and Microsoft founder Bill Gates. For example, a Route 66 motor lodge in Albuquerque where Bill Gates and Paul Allen lived while launching Microsoft Corp. is being redeveloped into apartments as part of a neighborhood revival project.

While Gates worked on his project, Jobs operated from in his garage in Los Altos, California, and with partner Steve Wozniak released the compact Apple II at the time Albuquerque was a technology hub.

He was fired from Apple in 1985 in a board coup but came back 11 years later. On his second tour, he introduced the iMac, the iPod and the iPhone.

That journey is the perfect story for an opera, General Director Charles MacKay said. "We are delighted to take this journey into the life and legacy of a distinctly American figure through the creative genius of Mason Bates and Mark Campbell,'' MacKay said.

Bates said the story of Jobs is a great intersection of creativity, innovation and human communication. His relationship with those who helped him along that journey also will help tell the story in the opera, Bates said.

"Each character will have (his or her) own music,'' Bates said. "When they collide, that's when it gets interesting.''

This will be the first opera produced by Bates, who has gained national attention during the past decade by fusing traditional symphonic resources with electronic sounds. Armed with a laptop computer, he often performs in the presentation of his compositions.

Campbell has authored 15 librettos since the mid-1990s, including the opera "Silent Night.''

Apple company spokeswoman Kristin Huguet did not immediately respond to an email from The Associated Press.