Reasons Warriors Fans Should Be Optimistic, Pessimistic About Season

After spending five years atop the NBA, the Warriors had to press the reset button after the 2019 NBA Finals. Two years later, as the start of the 2021-22 season approaches, that reset seems to be in a good place

There are a whole lot of reasons to be optimistic, as Golden State is primed to return to a high spot in the Western Conference.

Let's break it down.

I would be remiss if I didn't state that the return of Klay Thompson as the first reason for optimism. It's the most obvious reason to believe the Warriors will be able to take the next step in getting closer to where they were just a few years ago.

If Thompson is just 80 percent of the player he was before tearing his ACL in Game 6 of the 2019 NBA Finals and Achilles prior to the 2020-21 season, he will have an immediate impact on the Warriors. Before his injuries, Thompson never relied that heavily on his athleticism, and that should work in his favor as he gets back on the court. They need him to be a shooter, and if his recent Instagram posts have anything to say about it, it appears he hasn't lost his touch. 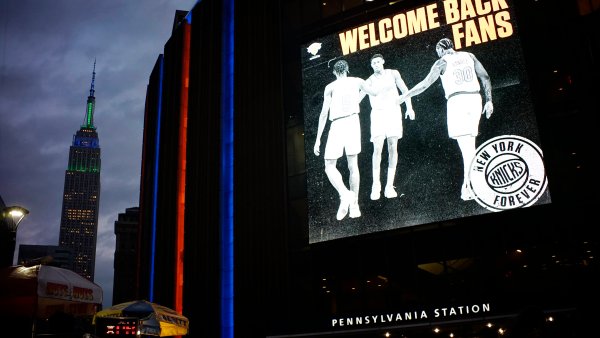 Unvaccinated Players for Knicks, Nets and Warriors Would Have to Miss Home Games Under Local Rules 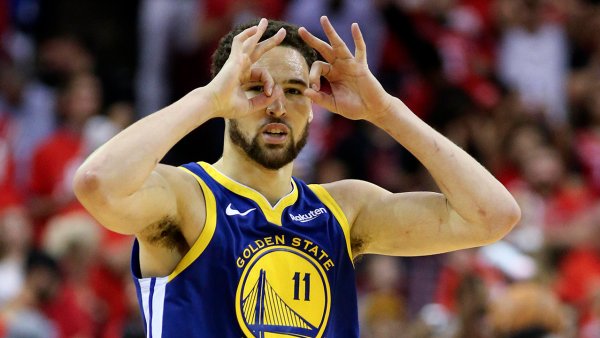 Simply having Thompson on the court as a shooting threat will automatically address some of the spacing issues the Warriors suffered from last year, in addition to giving them an extra 15 or so points.

Thompson isn't expected to be ready for the start of the season but could return sometime in the beginning of 2022. If that's the case and he's able to play about 50 games, consider that a huge win.

Thompson may be the biggest X-factor for Golden State, but there are more reasons to be optimistic. Take the new bodies the Warriors are bringing in, for example.

One of the big questions the Warriors had heading into the offseason was how they would find pieces to help them win now while also investing in their future. They seemingly did this by drafting two high ceiling players in Jonathan Kuminga and Moses Moody, and signing veteran free agents Andre Iguodala, Otto Porter Jr. and Nemanja Bjelica.

Neither Kuminga nor Moody should be expected to have a big, game-changing role this season. And that's more than alright. The Warriors are learning from last season's trial with James Wiseman, and instead of throwing them out there and asking for them to have an impact right away, they are allowing them to develop. The Warriors even made major changes to their coaching staff to help in this area. This isn't to say Kuminga and Moody might not get to play, because they probably will. But it will be in smaller doses, less important minutes, and will be asked to do certain things rather than a more general "go out there and make us better" role.

Bringing Iguodala back to the Bay provides the Warriors with a vet who already knows the Warriors system, has the IQ to act as a backup floor general when needed and can provide a calming voice of guidance and reason in the locker room. Porter Jr. is the league's prototypical three-and-D player while Bjelica gives the Warriors another big man who can act as a floor spacer.

All of these additions also help the Warriors build out more depth throughout their roster.

So on paper, the Warriors should be able to compete with anyone in the West, as long as they stay healthy. But that right there is the caveat, and the biggest reason for pessimism: they need to stay healthy.

This isn't just a Warriors' thing -- it's league-wide. Last season's playoffs was a prime example of just how detrimental injuries can be to a team's championship bid, and with the added threat of COVID-19, there is an even bigger chance for players to miss games.

Two years ago Curry missed all but five games, and Draymond Green was sidelined eight of the last nine games before the shutdown.

Last year, the Warriors were gutted by injuries and pandemic protocols. At one point, they had no true center. Curry missed five consecutive games. Kelly Oubre Jr. missed the last month of the season. Wiseman's rookie year got cut short. Damion Lee had a difficult bout with COVID.

Kevon Looney finally put together a season without a serious injury, but history has proven that he's an injury-prone player. The same goes for newcomer Porter Jr. And what happens if Thompson isn't 80 percent of himself? What if there is a hiccup in his rehab?

This isn't to put bad juju into the universe, but it's simply to raise the question of: if health isn't on the Warriors' side, what will they be able to accomplish?

Last season taught us that even with just eight players available, the Warriors can still win games. But, of course, they will not be primed to make a push for a top seed in the standings, and surely not a deep run in the postseason.

So perhaps pessimism is a strong word. Maybe cautious is better. But, there is so much working in the Warriors' favor, so as we work through the dog days of summer, stay optimistic.