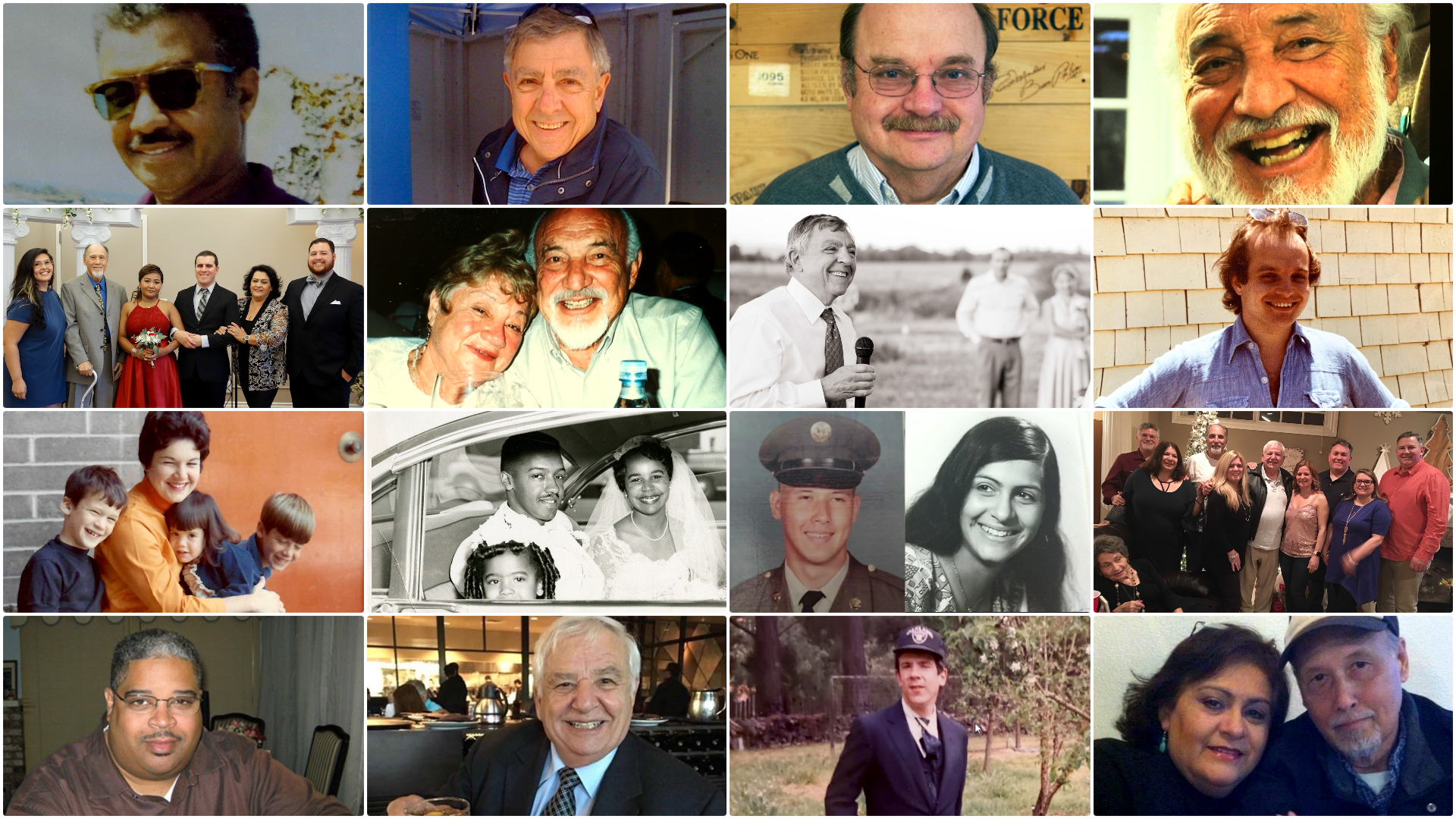 Stories of the people behind the numbers.

Said one life-long friend of Ken's, "If there were a Hall Of Fame for doers, his statue would be out front.

Sarah Johnson was so intelligent, she was almost always the smartest person in any room she was in. She was so graceful, though, she never flaunted it.,

Watching Notre Dame football on Saturdays was a family tradition for Dick Rutledge, his wife Norma, and their six children.

The energy level in any room rose the moment Ressie Cameron entered it. She died of COVID-19 on March 13, 2020.

There are two things Yasukochi's Sweet Stop in San Francisco's Japantown is famous for. Their coffee crunch cake is one. Hatsy Yasukochi's smile was the other.

Ruth Median was born into a world facing a much different, but no less global, threat. The 90-year-old Marin County Holocaust survivor and career Foreign Service officer died of COVID-19 on April 26.

When Merrick Dowson came to the US from England, he was already working in the wine industry. He planned to spend a year learning more about California wines. He ended up spending the rest of his life here.

Scott Woodard's family and friends say his presence was a constant reminder about what makes for a happy life: appreciation for all that it has to offer and for the people you get to share it with.

Richard and Mercedes Hartwig met while working at the same Santa Clara factory in the 1980s. They had three children and were married for 33 years. They both died of COVID-19 within a week of each other.

Costell Akrie went from living in an orphanage as a child to being the patriarch of an extended family and a leader in his East Bay community.

Alice Coopersmith Furst's family says she was a woman in constant motion her entire life. They loved the nickname one of Alice's friends at her senior community gave her: The Tiny Tornado.

Babies loved Terry Blanchard. "Little babies just loved trying to hug him," said his long-time friend Darren Ruth. Darren says his oldest son's very first steps were not toward him but to get a hug from Terry.

Gene Zahas's long-time partner Wendy Howard says he loved movies with a happy ending. "I don't know how many times we saw 'Pretty Woman.' He knew it by heart."

Harry Misthos's daughter, Alexandra, says he ended each phone call the same way. "Hey, guess what? I love you. I want you to know how much I love you." Harry would then go on to repeat it for each of her children. And her pets. Every. Single. Time.

It could take Alby Kass an hour to get from one end of downtown Guerneville to the other ... a three-minute walk for most people. There were just too many friends to talk to. "He knew everyone in town and everyone knew him," said Alby's son, Larry.