US Virus Updates: Trump Says Vaccine May Be Available by Year's End

New York is banding together with six nearby states to purchase equipment and supplies that sometimes have been hard to come by during the coronavirus pandemic, Gov. Andrew Cuomo announced Sunday.

The new coronavirus causes mild or moderate symptoms for most people. For some, especially older adults and people with existing health problems, it can cause more severe illness or death.

The nation's death toll is more than 67,000 with over 1.1 million confirmed infections, according to a tally from Johns Hopkins University. 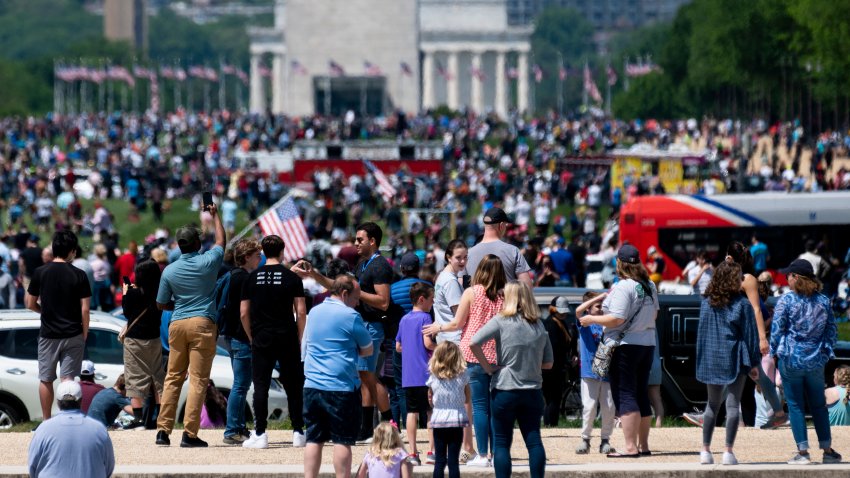 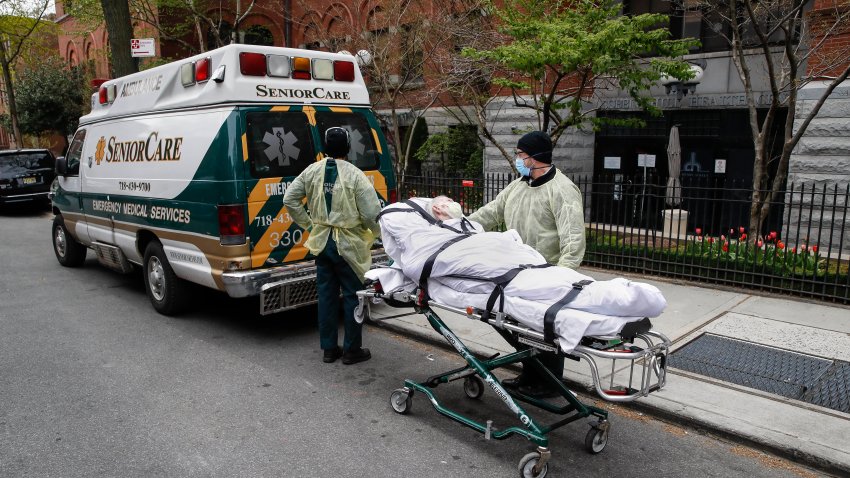 President Donald Trump says a vaccine for COVID-19 may be available by the end of the year.

Trump also says the U.S. government is putting its “full power and might” behind remdesivir, a drug that has shown early promise as a treatment for the disease caused by the new coronavirus.

Trump sat inside the Lincoln Memorial and fielded questions from two Fox hosts, as well as from people who submitted questions over Fox’s social media platforms.

Trump responded to a Nebraska man who recovered from COVID-19 by saying: “We think we are going to have a vaccine by the end of this year.”

He also said his administration was pushing hard for remdesivir.

A new undertaking from the White House is aiming to get a COVID-19 vaccine out to the public by January. "Operation Warp Speed" is a public-private partnership made to develop at vaccine in record time.

After working with neighboring states on coronavirus-related closing and reopening plans, Cuomo said Sunday that New York will join with states from Massachusetts to Delaware to create a regional supply chain for masks, gowns, ventilators, testing supplies and other equipment vital to fighting the disease.

The states are joining together after months of dealing separately with what Cuomo said was a “totally inefficient and ineffective” purchasing process that pitted all 50 states against each other, as well as the federal government and other entities, driving up prices as supplies dried up.

New York buys about $2 billion worth of medical equipment supplies per year, Cuomo said. The other states joining the consortium together spend about $5 billion per year. Working together, they'll have stronger purchasing power and improve their clout with global suppliers, Cuomo said.

The other states in the consortium are Connecticut, Rhode Island, New Jersey and Pennsylvania. One goal, the states' governors said, is to find suppliers within the region, instead of relying on swamped manufacturers in China and other faraway places.

On a parallel track, they'll also continue to work with the federal government to procure medical gear, Cuomo said.

“Whatever they can do to help is great," Cuomo said.

The number of new confirmed coronavirus cases in Texas surpassed 1,000 for the fourth consecutive day on Sunday and the number of deaths increased by at least 20.

State health officials reported 31,548 confirmed cases, and increase from 30,522 reported Saturday, and 867 deaths due to COVID-19, the disease caused by the virus.

The number of infections is thought to be far higher because many people haven't been tested and studies suggest that people can be infected without showing symptoms.

Michigan’s governor says gun-carrying protesters who demonstrated inside her state’s Capitol “depicted some of the worst racism” and “awful parts” of U.S. history.

Members of the Michigan Liberty Militia protested the state’s stay-at-home orders this week, some with weapons and tactical gear and their faces partially covered. They went inside the Capitol, where being armed is allowed, then demanded access to the House floor, which is prohibited.

Some went to the Senate gallery, where a senator said armed men shouted at her.

Michigan’s Republican-controlled Legislature has questioned Whitmer’s authority to extend stay-at-home orders amid the coronavirus pandemic. But the governor used an executive order to extend a state of emergency declaration and has directed most businesses statewide to remain closed.

Mentioned as a possible running mate for presumptive Democratic presidential nominee Joe Biden, Whitmer said Sunday, “This isn’t something we just negotiate ourselves out of and it’s a political matter.”

“This is a public health crisis,” she said.

The protesters were instructed to stay in their cars by organizers, but many ignored the directives and protested outside, not wearing masks or keeping distance between each other.

Pompeo Says China Must Be Held Accountable for COVID-19

Secretary of State Mike Pompeo says China has been responsible for the spread of disease in the past and must be held accountable for the coronavirus pandemic that originated in the country.

In comments likely to spark protests from Beijing and elsewhere, Pompeo said “China has a history of infecting the world.” He cited poor safety and security at epidemiological laboratories, including in the city of Wuhan where the virus was first reported.

He stressed that he had no reason to believe that the virus was deliberately spread but he ramped up already harsh U.S. criticism of the Chinese for their response to the outbreak.

“Remember, China has a history of infecting the world, and they have a history of running substandard laboratories,” Pompeo said Sunday on ABC’s “This Week” program.

“These are not the first times that we’ve had a world exposed to viruses as a result of failures in a Chinese lab. And so, while the intelligence community continues to do its work, they should continue to do that, and verify so that we are certain, I can tell you that there is a significant amount of evidence that this came from that laboratory in Wuhan.”

Pompeo appeared to be referring to previous outbreaks of respiratory viruses, like SARS, which started in China. But his remark may be seen as offensive in China given the history of U.S. discrimination against the Chinese and people of Chinese origin dating to the 19th century.

Tokyo’s government has deployed robots at a hotel housing coronavirus patients in an attempt to minimize risk for health care workers at the facility.

White House coronavirus coordinator Dr. Deborah Birx is calling it “devastatingly worrisome” to see protesters in Michigan and elsewhere not wear masks or practice social distancing as they demonstrate against stay-at-home orders.

Birx was responding to the hundreds of protesters who crowded the Michigan statehouse last week to push for a reopening of businesses.

She tells “Fox News Sunday” that people “will feel guilty for the rest of our lives” if they pick up the virus because they didn’t take precautions and then unwittingly spread it to family members who are especially vulnerable to severe illness due to preexisting conditions or older age.

Protests took place in several states over the weekend amid growing frustration over the economic impact from stay at home orders during the coronavirus outbreak.

Birx says: “We need to protect each other at the same time we’re voicing our discontent.”