Milpitas police on Wednesday arrested three men who they said robbed a Walgreens store then crashed their getaway vehicle while fleeing the scene.

Daniel Cortez, 30, of Oakley; Travon Adkins, 27, of Oakland; and Lawrence Tillman, 25, of Oakland were arrested and booked on charges of burglary, conspiracy to commit a theft and vandalism, police said. All three are on probation in other California counties for various crimes.

At about 11:55 a.m., Milpitas officers responded to the Walgreens store at 1833 N. Milpitas Blvd. on the report of three suspects stealing property from the store. An officer arrived on scene and saw the suspects fleeing in a gold Lexus four-door, police said. The officer did not chase the vehicle.

Minutes later, the Lexus crashed into another vehicle on North Abel Street at Redwood Avenue, and the suspects fled on foot into a nearby neighborhood, police said. More officers responded and secured the area to catch the suspects. 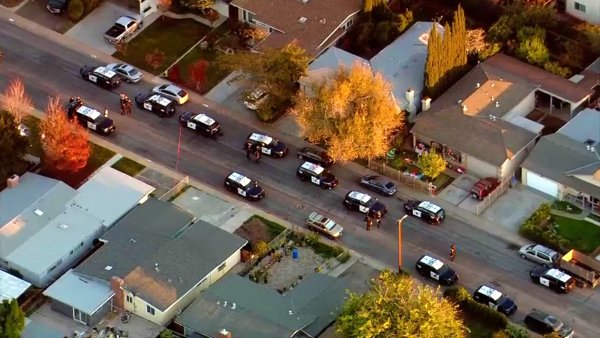 Officers recovered over $3,700 worth of stolen property belonging to Walgreens and returned it to the store.

Initially, officers were told a fourth suspect was possibly hiding in the area, so nearby Curtner Elementary School was advised to shelter in place while officers searched the area, police said. A police officer remained on campus for the duration.