A woman who was pregnant this summer and caught up in a violent BART scuffle with her boyfriend at the San Francisco Embarcadero station said on Wednesday that she suffered a miscarriage after being cuffed behind her back.

"He still had his knee in my back until my boyfriend told him I was pregnant," Andrea Appleton said at a news conference held by San Francisco Public Defender Jeff Adachi. "It was just hurtful, hurtful about my pregnancy. I lost my baby afterwards."

NBC Bay Area did not independently confirm her medical account.

She and her boyfriend, Michael Smith, 22, were taken to the ground on July 29, in an encounter Adachi said was racially tinged and captured on bystanders' videos, which Adachi released. A white passenger had complained about the pair, including that Appleton smelled bad, Adachi said.

Prosecutors could still choose to retry the case.

Adachi, who chose to handle the case personally, said that all the charges should be dropped and the case used as a spur for police reform. Adachi has pointed to the case as an example of racial bias in policing, with officers overreacting to a false report of a black man armed with a gun. 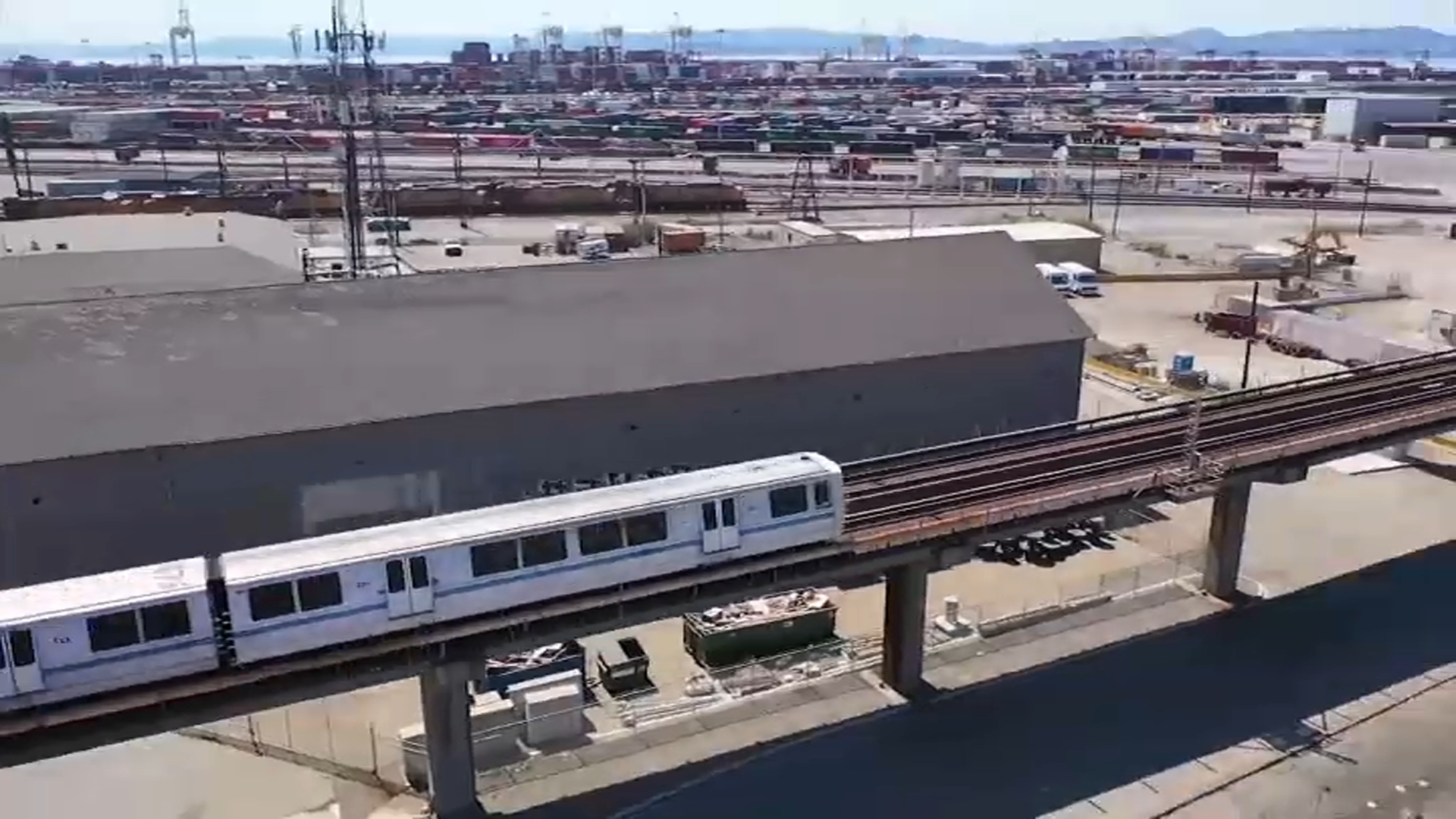 BART spokeswoman Alicia Trost said that the agency is working to complete an investigation into the incident, in which officers responded to a 911 call from a victim who claimed that a man on a train had threatened to rob him and might be armed.

Adachi has said Smith and his girlfriend were trying to get away from the the white passenger, who accused her of smelling bad. When they exited the train at Embarcadero Station, they were immediately confronted by officers with drawn weapons.

During the subsequent struggle, bystander videos showed officers struggling with Smith and punching him in the head while he was pinned on his stomach. Adachi has said Smith was trying to protect his girlfriend, who was pinned on her stomach with an officer's knee in her back.

Both Adachi and BART on Wednesday released video footage of the incident, which was captured by surveillance and bystander cameras as well as officer body cameras.

Adachi argued in court that BART police failed to follow their own policy in their handling of a pregnant woman, but Trost said policy only calls for police to restrain those known to be pregnant "in the least restrictive manner that is effective to officer safety."

"In this case, it was not clear or known if the female was pregnant," Trost said in a statement. "She was not visibly showing."

After Appleton said she was pregnant, Trost said body cameras show the officer "treated her with respect, stood her up in a comfortable position almost immediately, moved her away from possible injury that could occur, and asked about her well-being or if she needed medical attention, which she declined."