While researchers have sometimes connected weather extremes to man-made global warming, usually it's not done in real time.

Now a study is asserting a link between climate change and both the intensifying California drought and the polar vortex blamed for a harsh winter that mercifully has just ended in many places.

The Utah State University scientists involved in the study say they hope what they found can help them predict the next big weird winter. 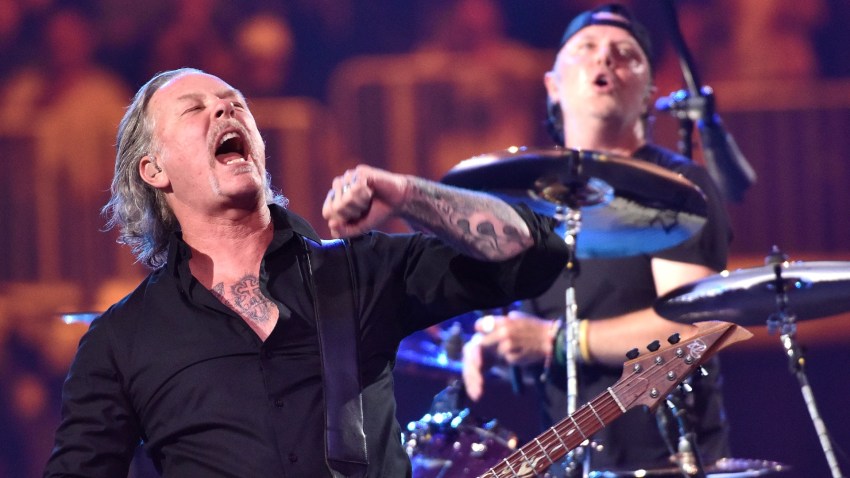 Metallica's Next Concert Venue? The Drive-In, Including 2 in the Bay Area

Outside scientists, such as Katharine Hayhoe at Texas Tech University, are calling this study promising but not quite proven as it pushes the boundaries in "one of the hottest topics in climate science today."

The United States just came out of a two-faced winter - bitter cold and snowy in the Midwest and East, warm and severely dry in the West. The latest U.S. drought monitor says 100 percent of California is in an official drought.

That dipole is linked to a recently found precursor to El Nino, the world-weather changing phenomenon.

And that precursor itself seems amplified by a build-up of heat-trapping greenhouse gases, the study says.

It's like a complex game of weather dominos that starts with cold water off China and ends with a devastating drought and memorable winter in the United States, said study author Simon Wang, a Utah State University climate scientist.

Wang was looking at colder water off China as a precursor to an El Nino. The colder water there triggers westerly winds in the tropical Pacific.

Those westerly winds persist for several months and eventually push warmed up water and air to the central Pacific where an El Nino forms, Wang said.

An El Nino is a warming of the central Pacific once every few years, from a combination of wind and waves in the tropics.

Then Wang noticed the connection between that precursor - cold water off China, Vietnam and Taiwan - and the recent wild winter. He tracked similar combinations of highs and lows in North America. And he found those combination extremes are getting stronger.

Wang based his study, soon to be published in the journal Geophysical Research Letters, on computer simulations, physics and historical data.

It is not as detailed and doesn't involve numerous computer model simulations as more formal attribution studies. Still, Wang said his is a proper connection.

Wang compared computer simulations with and without gases from the burning of fossil fuels.

When he included carbon dioxide from fossil fuel use, he got a scenario over the past few decades that mirrored what has happened, including this past weird winter and other worsening dipole conditions.

When he took out the greenhouse gases, the increasing extremes actually went down - not what happened in real life.

"We found a good link and the link is becoming stronger and stronger," Wang said.

And while other studies have looked at unusual activity, such as the jet stream, and possible connections to global warming from the burning of coal, oil and gas, this study is different because it spots a possible tool that researchers can use to predict future weird weather, he said.

The study, already much talked about in meteorological circles, is an offshoot of a growing and still not completely accepted subfield of climate research linking real-time weather extremes to changes in the jet stream and connecting those changes to man-made global warming.

Several outside scientists partly praised the work, but were also cautious about jumping to conclusions and not in full agreement.