Rewind: More Rookies Shine for A's in Loss to Astros

OAKLAND - The command wasn't as razor-sharp as it could be for Jharel Cotton, but he didn't issue a single walk Monday, and apparently it's a good thing.

There are critics to answer to back home in Michigan if he hands out too many free passes.

"I've got family members back home. Whenever I get a walk, they're on me," Cotton said.

His girlfriend, Emma Supanich, tends to be the harshest critic, he noted with a smile.

In Cotton's third major league start Monday, there was precious little to find wrong. He retired 18 of the 20 hitters he faced over six innings of one-run ball, with six strikeouts. That the A's couldn't hold a narrow lead and lost 4-2 to Houston did nothing to diminish a third consecutive strong effort for Cotton since he was called up.

The theme of manager Bob Melvin's pregame media session was the rush of energy that a large group of rookies is infusing throughout the clubhouse right now. Then the game began and the A's provided the latest example of that, with Cotton and Maxwell working well in their first game together and fellow rookie Ryon Healy homering to continue his torrid September at the plate.

A's Running Out of Time to Find Home in Oakland, Las Vegas 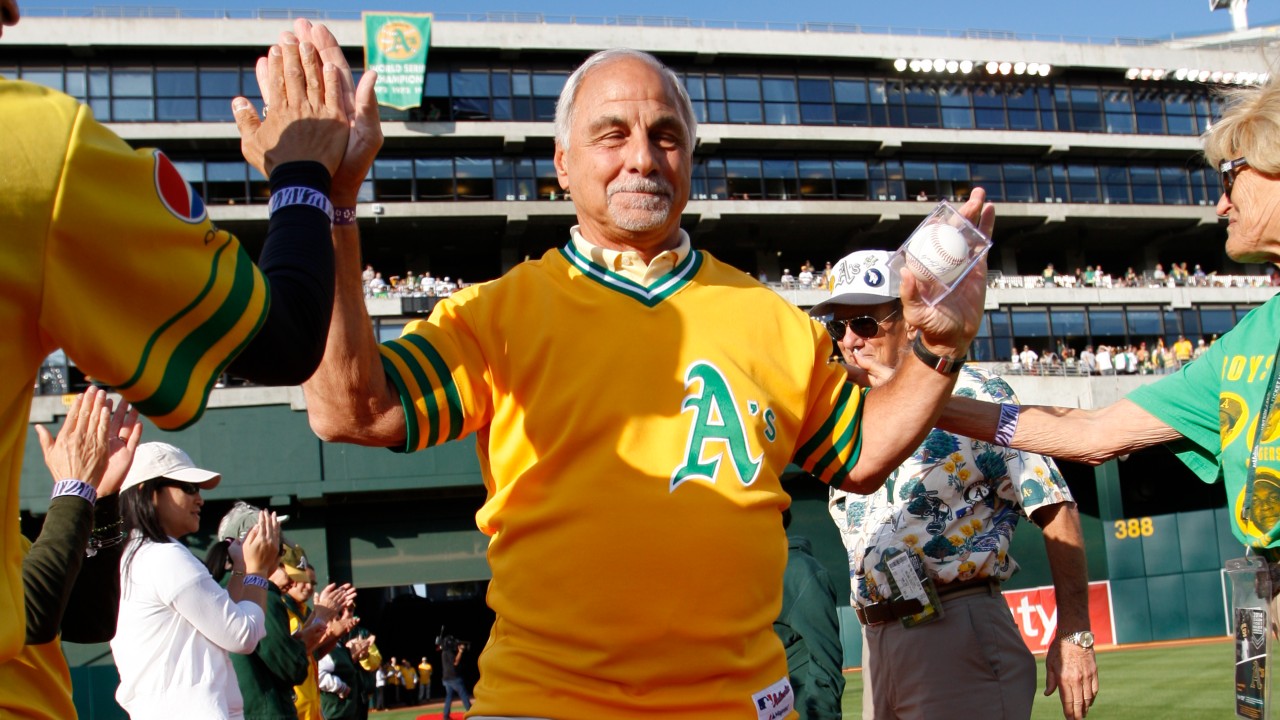 "You look at a kid like Joey Wendle out there, he's fighting for playing time. He wants to be a part of this going forward," Melvin said before Monday's game. "Same thing with Ryon Healy. It's really refreshing to see guys like this coming in here with no agenda and just trying to play baseball and win for their team more than anything - the name on the front of the jersey. I know it's cliche, but I think it applies here."

Maxwell had already been promoted to the majors by the time Cotton joined Triple-A Nashville after a trade-deadline deal with the Dodgers, so Monday was their first time working together. But Maxwell knew all about Cotton's diverse repertoire of pitches. The right-hander faced Nashville twice earlier this season and struck out 16 over two starts. Maxwell went 0-for-6 in those games with one strikeout.

"It's amazing," Maxwell said. "He's got a great work ethtc, he's got a great arsenal of pitches and he knows the game. The more times he steps on the mound, the more comfortable he gets, just like the rest of us. And his dominance is starting to show. Even on an off-day, he only gave up one run."

Cotton said his best pitch, the changeup, was staying up in the zone Monday. He didn't have great fastball command. But he did have an excellent curve, which provides an effective contrast to his fastball that sits around 93. He also got some of those six strikeouts using a cutter that, on this night, was diving down rather than right to left from the right-hander. The Astros didn't have a chance. They mustered just two hits off him, though one was Evan Gattis' second-inning homer.

"He threw a few more breaking balls because we started the righties," Astros manager A.J. Hinch said. "We took away his change a little bit. He threw some putaway pitches. He's got a nice arm. He's got a nice, quick delivery. He did a lot of good things. It didn't make me sad when he came out of the game."

Healy's homer tied it in the bottom half of that inning, and two batters later, the left-handed hitting Maxwell showed some opposite-field power with a drive over the wall in left-center off Brad Peacock. After the game, A's equipment manager Steve Vucinich was waiting to present Maxwell the ball.

"I was pumped up myself," Cotton said. "We were down one run, and him and Healy hit two home runs and it was pretty cool to see."

Maxwell looks around the A's clubhouse and sees lots of teammates he's played with coming up through the minors.

"I feel like this is an audition," Maxwell said. "To see how we jell together, just the adjustment to the game. Seeing who can make it, who cannot."