Carr absorbed the information, and then did something surprising.

He apologized. As if getting hurt was somehow his fault.

Deep down, Carr knew it wasn't. He took Adam Gotsis' knee to the lower back while getting wrenched to the ground against Denver. Nothing you can do about that. 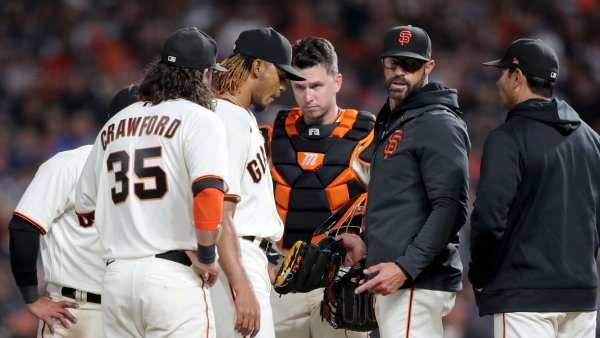 It didn't change the sentiment, or that Carr wasn't going to be available one game at least. He couldn't try to end a two-game losing streak, rekindling helplessness last felt after a broken fibula put him on the shelf.

"I felt bad because I care so much about this team and this organization that even though I had a broken back I still felt bad that I couldn't be out there to help because as you guys know, I sat there for two games last year and had to watch knowing there's nothing I could do to help," Carr said Wednesday. "It is a lonely feeling. It hurts because I see the sacrifice all my teammates make and I just want to be out there to help them, because I believe that I can."

The Raiders are reliant on Carr. There's little doubt about that. They go well when he does, especially with his penchant for coming through in the clutch. He puts the Raiders in position to succeed, often with changes unclear to the untrained eye.

Backup EJ Manuel wasn't bad, but the Raiders missed Carr in a 30-17 loss to Baltimore. He practiced twice before the Ravens game and pushed to play, though that end was always unrealistic.

There was, however, a message sent.

Carr is physically ready to play the Los Angeles Chargers, and motivated to snap a three-game losing streak. Playing well is imperative. A loss would put the Raiders in the AFC West cellar. A win would alleviate stress and provide confidence heading into a Thursday night clash with Kansas City.

Carr says the back fracture doesn't restrict his throwing motion. He wouldn't return if it did. Lingering effects remain, but it's nothing Carr can't handle.

"I mean it just hurts," Carr said. "There's really nothing much more to it. It just hurts. It's not like anything that's like, ‘Oh man, if I take a hit, I'm worried.' It's not like a worry. It's just one of those things you have to deal with. Just like everybody in the NFL right now."

Carr might wear extra padding or a flak jacket. He isn't sure yet. Odds are great Carr takes some punishment Sunday against L.A.'s ferocious pass rush, but refuses to play worried about getting hit. He can't make it worse, and he can handle the pain.

"Any time you take a hit like that there's always a chance for anything," Carr said. "That's the risk that we take every time we take the field. It's a violent game that we play, more violent than people realize just watching on TV. But with that said, it's a risk every single week. You could get hit. You could break your ankle, too. You could break your finger. You could do a lot of things. It's just one of those things. You take a risk every time you go out there."