SAN FRANCISCO -- Buster Posey will go into the Hall of Fame in five years as a catcher, the best of his generation and one of the most accomplished in MLB history, which is why it was so odd that Posey spent so much of his Giants career answering questions about when he might move to another position.

The man who once played all nine positions in a game at Florida State was a natural at first base, and he certainly had the quickness and arm, even in his final season, to handle the other infield corner. But anyone who ever wondered if moving away from the plate would extend Posey's career and lead to even more prolific offensive production was asking the wrong question.

It was never a matter of how long Posey would catch. The real question was how long he would play baseball.

Posey, who will announce his retirement on Thursday morning, has the gifts to do just about anything he wants in life, but over the years, he has left no doubt about where his priorities lie. He loves baseball and could hold just about any role in this game on or off the field, but two years ago, when he suffered his second concussion, he talked openly about what was ahead for the rest of his life.

Posey spoke to specialists and did research on brain injuries, and as he waited for his return to the field, he talked about what was most important to him in all of his future decision-making.

"I definitely value who I am and will be as a husband and father, first and foremost," he said at the time.

Back then, Buster and Kristen Posey were raising energetic twins, Lee and Addison, who had started to become regulars at the ballpark. A year later, the family adopted Ada and Livvi, twin girls who were born premature. Posey made the decision to opt out of the shortened season played during a pandemic, and while he said it was going to be tough to not be around teammates and baseball, he didn't feel the ultimate decision was a difficult one.

"From a baseball standpoint, it was a tough decision," Posey said last year. "From a family standpoint and feeling like I'm making a decision to protect children, our children, I think it was relatively easy."

This has been a defining theme of Posey's life over the last decade, just as much as the ability to square up a fastball, guide a pitcher for nine innings, or lead an entire organization through a postseason. He has at every turn put his family first, and when viewed through that history, it really should come as no surprise that the 34-year-old will retire while playing some of his best baseball.

The final season will go down as one of the best farewell tours in MLB history. Posey batted .304 with 18 homers and made his seventh All-Star team. He hit in the heart of the lineup and caught 106 games for the best regular-season team in franchise history. In the postseason, Posey went 6-for-20 and nearly became the first right-handed hitter to record a Splash Hit at Oracle Park.

In his 12th season, Posey was as impactful as any player on the field during an unprecedented series between a 107-win team and a 106-win team, and when it was over, he walked into the home dugout to speak to reporters. 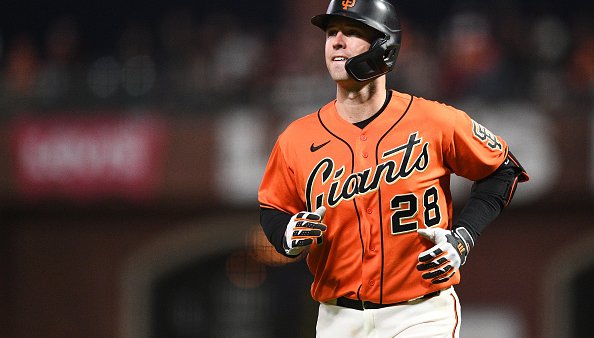 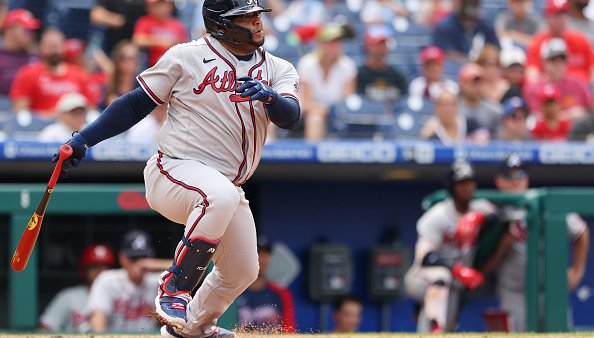 At the time, it seemed nearly certain that Posey would return in 2022 to continue pushing for his fourth ring, but if you look back at that final press session, it is not hard to see a roadmap to the upcoming announcement.

Asked if this felt like the start of another run of playoff appearances, Posey talked about how the team he has led since coming up in 2010 was ready to build around 24-year-old Logan Webb. He said he would have no regrets about the NLDS because he had always hoped to one day face the Dodgers in the postseason and he was excited that he had finally gotten that opportunity.

When the conversation turned to his future, Posey did not say he hoped to sign a multi-year deal or have the Giants pick up his $22 million option. He said he was going to go home and talk to his wife about their future, but he made it clear he was excited about what was to come.

"I'll be able to be a full-time dad of four kids for the first time in a while," he said.