‘It's Pretty Depressing': The Academic, Emotional and Social Toll of Distance Learning

A full year after classrooms closed because of COVID-19 infection risks, parents, teachers and health care professionals say the impact on children has been severe – not just academically, but also emotionally and socially.

While kids are resilient, many will need quite a bit of help going forward to get back to normal.

"It’s pretty depressing being by yourself all day," July Banks-Kong, 13, said.

Jillian Banks-Kong, July's mom, said this past year away from school and friends has changed the teen.

"She was a super outgoing, energetic, outdoorsy kid who had no trouble socializing," Jillian said. "She’s like a shell now. She tells me now that she has social anxiety."

July spends much of her days now in a small space in her closet, doing what little school work she can still handle.

"It feels like there’s nothing really left," she said. "It kind of makes you want to give up." 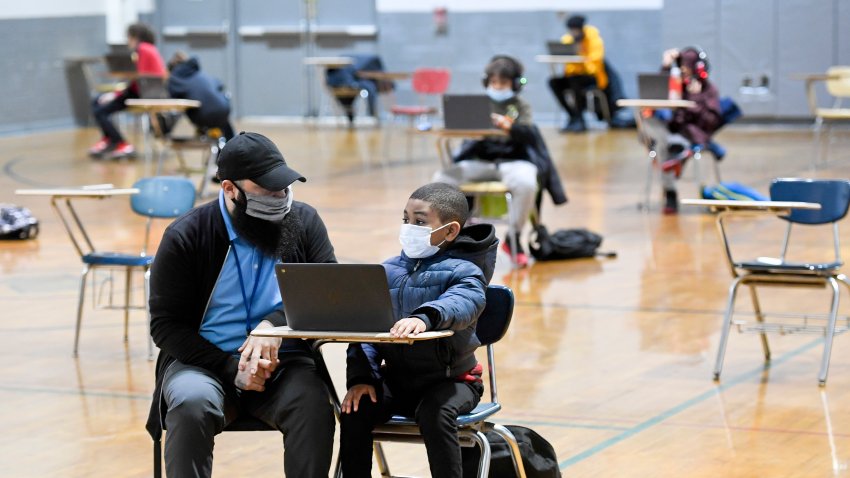 Schools Weigh Whether to Seat Students Closer Together

July’s 16-year-old brother Royal is struggling, too. Skateboarding is one of the few things he still finds joy in.

"I'm practically now broken. This has broken me," Royal said. "I used to be very enthusiastic for school, but now I’m like, 'can I just quit?'"

Jillian's conversations with her children have turned serious.

Pediatrician Dr. Alice Brock-Utne said many families that were coping early on have hit a breaking point.

"Kids and families are struggling and suffering," she said.

Brock-Utne said the impact is both physical and emotional.

Brock-Utne is urging families to seek counseling and support. She also suggests getting children on a routine and out of the house daily.

"Kids are actually tougher than us," she said. "They’re more resilient than us. I have no doubt they can overcome this."

Now that schools are beginning to reopen across the Bay Area, parents are hopeful a sense of normalcy and routine will soon return. But they also worry about what kids have lost academically.

"Time will tell what the long-term implications of distance learning have been," Solano County Superintendent of Schools Lisette Estrella-Henderson said. "We know that many families have had a lot of difficulty with distance learning."

Estrella-Henderson said educators will be focused on supporting students' emotional and academic needs. Solano County is forming wellness centers at some school sites to help with mental health and is considering tutoring, Saturday school and other options to help children catch up.

"We know this is not going to be an easy fix," Estrella-Henderson said. "In the coming days, weeks, months and potentially years, we are going to be focused on addressing the specific needs of every child in our communities."

The Banks-Kong family is just trying to get through each day. Jillian has put her job on hold to support and guide her children around the clock.

"I am trying to not only keep them alive, but also try to keep their spirit alive, so that when this is over they can go back to enjoying learning and exploring the world and being the vibrant people that they used to be," Jillian said.