The number of confirmed COVID-19 cases among the incarcerated soared past 1,300 Thursday and more than 100 prison staff members have the virus, according to data from the California Department of Corrections and Rehabilitation.

Anger and frustration mounts among prisoners locked in small cells for days at a time. Showers are infrequent. So is phone access. Families hunt for scraps of information about incarcerated loved ones who may have fallen ill.

And it’s worse for the nearly 1,400 prisoners with the virus, well over a third of the entire population at San Quentin. Incarcerated sources say the quarantine cells are dirty and don’t have electrical power, so small amenities, such as the ability to heat food and water, don’t exist there. Incarcerated sources now under quarantine tell NBC Bay Area many are forced to share cells, despite being COVID positive.

“The men are locked in their cells 24-hours-a-day,” said an incarcerated source quarantined in a part of the prison known as Badger section. “The men want showers, exercise, and fresh air.”

An incarcerated man at San Quentin risked potential consequences to record and send this video to NBC Bay Area describing conditions inside the prison during the outbreak.

A group of quarantined prisoners initiated a hunger strike earlier this week, protesting conditions they described as dismal. But as of Friday morning, prison officials say just one continues to refuse state-issued meals and they don’t consider a hunger strike official until a prisoner refuses his ninth consecutive meal and has no commissary items in his cell.

Families of sick prisoners say the quarantine has stifled the flow of information from the prison and they struggle to get answers from prison staff.

“Sometimes I just visualize what he might be going through and it breaks my heart,” said Patricia Zinnamon, whose husband Rashiyd tested positive for the virus but shows no symptoms so far.

“It’s just surreal, almost, to me, that this is happening in this day and age in America,” Zinnamon said. “Like, really? You don’t treat people with any kind of human rights? They treat animals better than that in dog kennels.”

“Not all of the prisoners have been tested, they ran out of tests at San Quentin,” Dr. Chin-Hong said. “50% of the nurses have called in sick. People are scared there.”

During a State Senate hearing this week, lawmakers and prison reform advocates excoriated prison officials about their response to COVID-19 outbreaks in California prisons.

“The plain fact is the virus is out of control at our state prison facilities and it is defying every curve we point to for progress,” said Sen. Nancy Skinner, D-Berkeley

On Thursday, prison officials said they appreciated the feedback they heard during the hearing.

“We’ve heard and share your concerns about the health and safety of all who live and work in our facilities and the communities in which we reside,” officials wrote on the CDCR website. “Our teams are working closely together with the Governor’s Office, California Office of Emergency Services, California Department of Public Health and valued community stakeholders to move forward in addressing this global pandemic not only at San Quentin, but at institutions statewide.”

Officials said they’ve ramped up testing among prisoners and staff and have set up a unified command center at San Quentin to coordinate the medical response to COVID-19 cases. A group of air-conditioned tent structures were erected at the prison earlier this week, which officials said would be used for medical triage and to provide additional physical distancing in housing.

But critics contend those steps don’t go far enough, saying prison officials and Governor Newsom need to release thousands of prisoners, some on supervised release, who are either medically fragile, near the end of their sentence, or don’t pose a safety threat to the community.

Some criticized Newsom for not visiting San Quentin or any other California prison during the outbreak.

“I don’t have the power to order the release of medically vulnerable inmates, but the state does have that power and it is imperative that the state exercise that power immediately,” Tigar said at a Thursday hearing.

"This is one of the fastest and most devastating spreads of COVID-19 that we've seen in any congregate setting," said Sears, whose organization is dedicated to improving healthcare in jails and prisons.

"The thing that I can't emphasize enough is we need to decarcerate our prisons," Sears said, pointing out that San Quentin is at 117% of its designed capacity.

Jasiah Redmon said her boyfriend, Bay Area rap artist Jesse “Juice” Johnson, wasn’t even supposed to be at San Quentin when he recently contracted COVID-19 at the prison. Johnson’s January trip to San Quentin was supposed to be a quick stop between the Contra Costa County Jail and Pelican Bay State Prison, where he was scheduled to serve the remaining time on his three-year sentence. 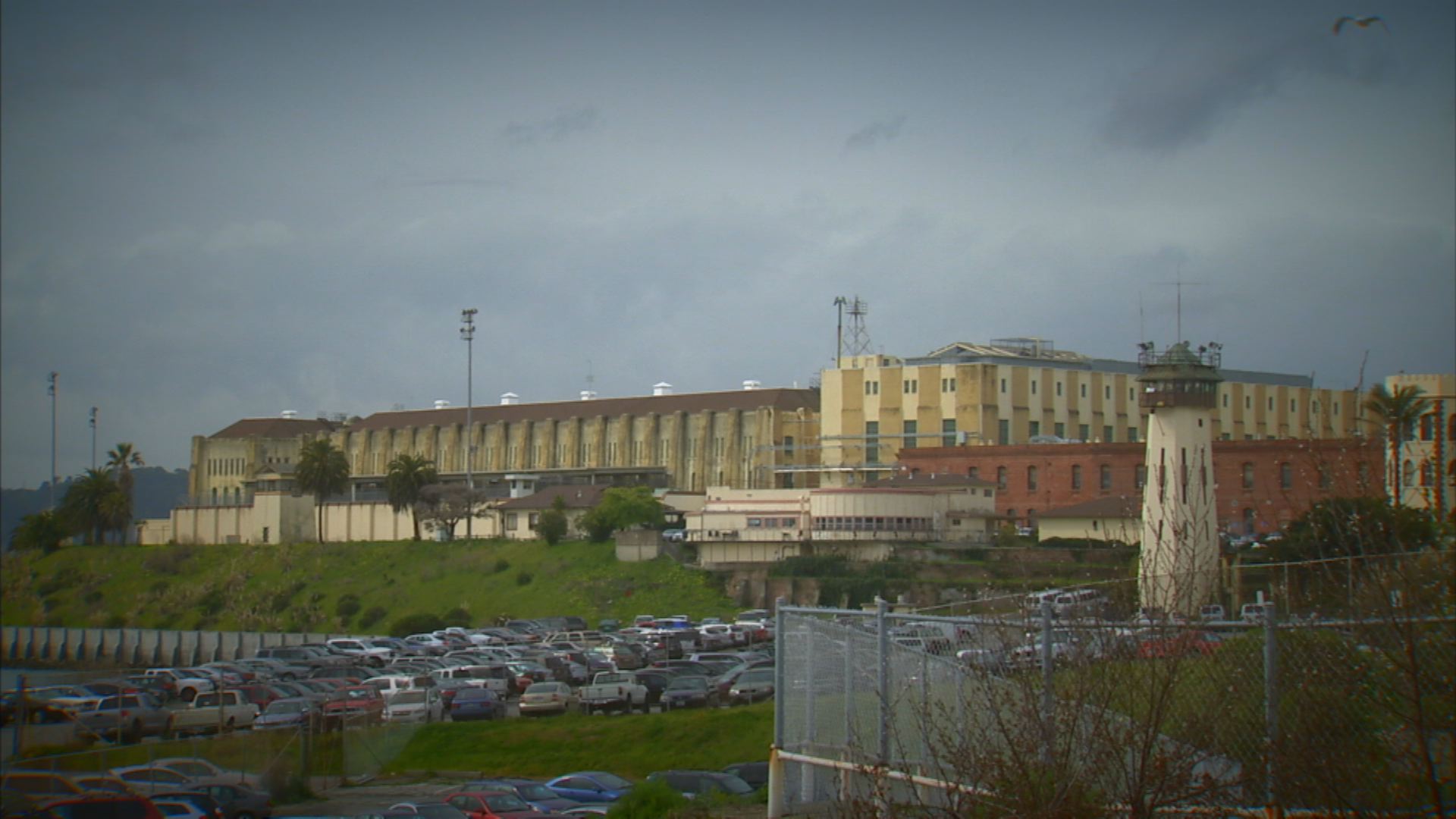 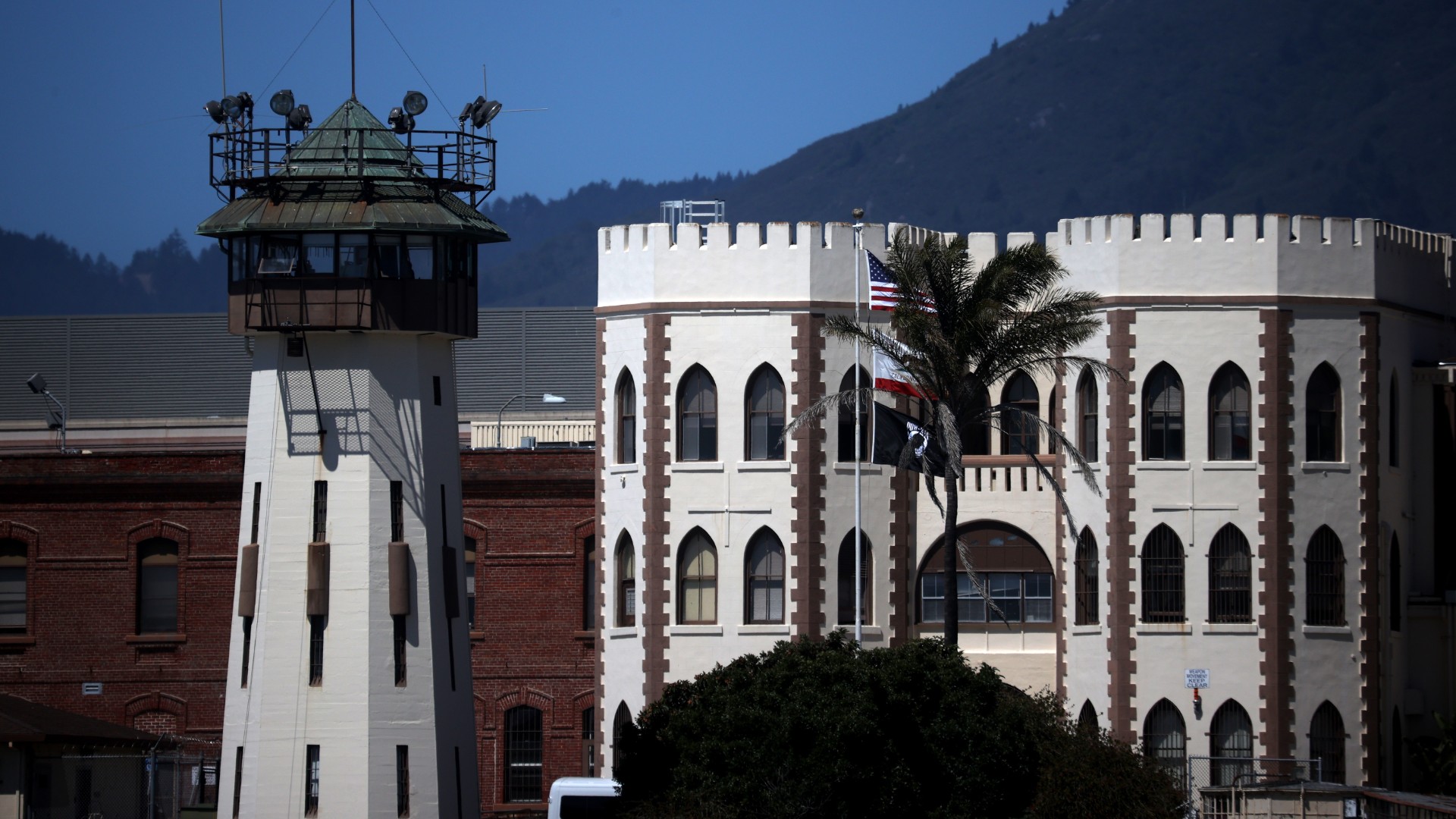 But his transfer was delayed, Redmon said, and he was still housed in a prison reception center when a group of prisoners arrived in late May from the California Institute for Men. Some of them had COVID-19 and the reception area where Johnson was housed became the epicenter of San Quentin’s outbreak.

“They should have gotten us out before they brought those prisoners in from Chino to our section,” Johnson wrote in a letter to Redmon. “Chino was closed because there was too many cases of the virus.”

Johnson ended a letter dated June 18 by saying, “If I die, I love you.”

Redmon said she also worries about the conditions in her boyfriend’s cell.

“Everything’s filthy in there,” she said. “He has rats in his cell. He had to plug up the hole with a face towel he had.”

The virus also has a firm grip on San Quentin’s Death Row, where four inmates have died in two weeks. The first to die, Richard Stitely, tested positive for the virus following his death. Then on Wednesday, Condemned inmate Joseph S. Cordova was found dead in his cell. The Marin County Coroner will determine Cordova’s COVID-19 status, but a death row inmate who spoke to NBC Bay Area said Cordova almost certainly had the virus.

On Friday, prison officials announced two more Death Row inmates, Scott Thomas Erskine, 59, and Manuel Machado Alvarez, 59, both died at a local hospital from what appears to be complications related to COVID-19.

“I’ll say most of us are already infected,” said inmate Tony Rodriguez. “They’re telling us they’re going to test us and we’re waiting for that test every day, but it’s just getting worse and worse here.”

Rodriguez was among the many Death Row inmates who initially refused to be tested, saying prison medical staff were not changing their gloves between tests. But he said Death Row inmates began asking to be tested two weeks ago when many began to feel ill. He says they still haven't been tested.

“The alarms go off 10-to-15 times a day now,” Rodriguez said. “They’re responding to someone who’s not responding or barely moving. There are a lot of older guys here who have been here for a lot of years and those are a lot of the guys they’re taking out every hour on a stretcher.”

NBC Bay Area will continue reporting on the outbreak at San Quentin.

To reach Michael Bott, you can email him at michael.bott@nbcuni.com