In more than 20 cities, thieves smashed their way into businesses and ran off with as much as they could carry — boxes of sneakers, armloads of clothes and cellphones and TVs.

Nearly 400 people were arrested in Los Angeles from unrest Saturday as protests have become increasingly violent over several nights because of outrage over the Minneapolis police killing of George Floyd, Police Chief Michel Moore said. 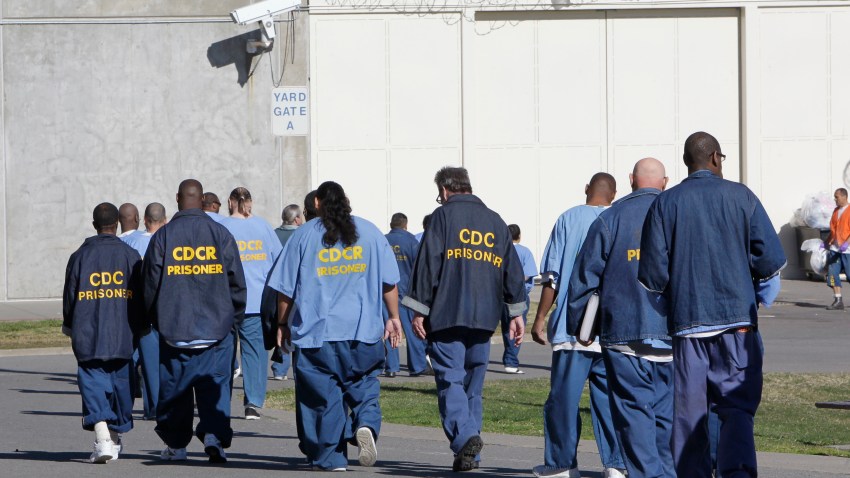 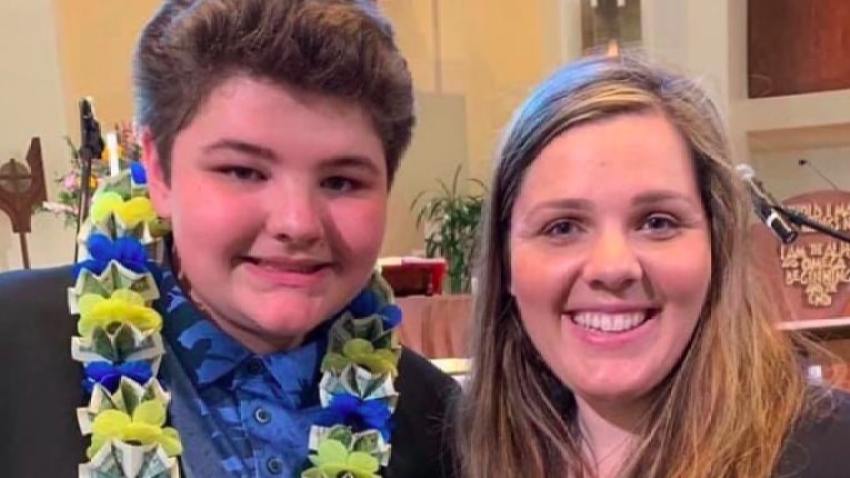 Moore said he hoped the National Guard and additional officers deployed would help. But before the sun set, there was brazen theft in Santa Monica and Long Beach even while nearby protests were mostly peaceful.

Violence statewide include an arm wound suffered by a gunshot victim in Walnut Creek.

In Sacramento, where no curfew was imposed, nightfall brought more violence and destruction at businesses in the city’s midtown area and near the Capitol after a largely peaceful daytime protest. Police fired tear gas and rubber bullets at those who ignored orders to leave.

Across the state, devastated shop owners cleaned up.

In Emeryville, across the bay from San Francisco, where thieves stormed malls late Saturday, Keyla Calderon swept up glass outside the medical scrubs shop Uniform Advantage.

Calderon’s store had just reopened after being shuttered for six weeks under California’s orders to stem spread of the coronavirus. She said she had just returned home Saturday when she learned the burglar alarm was triggered.

She turned on the news to see scenes of people breaking into her shop and others.

“To hear the alarm ring and see people destroy the store before my eyes, it was heartbreaking,” Calderon said. “We’re all working hard to feed our family. We have nothing to do with these injustices, yet we’re paying the consequences.”

Gov. Gavin Newsom deployed 1,000 members of the Guard to assist the 20,000 officers of the Los Angeles police and sheriff’s departments, Mayor Eric Garcetti said. The San Francisco police chief said about 200 outside officers were en route.

Humvees lined up outside Los Angeles City Hall, and troops stood behind police on the steps of the building as protesters gathered despite a curfew.

Unrest in Santa Monica happened not far from a peaceful demonstration near the city’s famous pier as looters targeted shops near the popular Third Street Promenade. They broke into a Gap store and a Vans sneaker store, walking out with boxes with no police in sight.

A woman holding a sign saying “End All Violence” tried to block a man with a hammer from smashing the door of an REI store. The man yanked her from the door. She returned to the doorway and another protester joined her and the vandals eventually moved on. But others later made off with merchandise.

As protesters gathered in Long Beach, thieves swarmed nearby stores at The Pike Outlets. A Forever 21 store was a favored target, and a steady stream emerged carrying armloads of clothing. Some stopped to change into stolen items.

A bizarre scene unfolded about a half-mile away when people stealing from a clothing store became trapped inside as police gathered outside the mostly boarded-up store front.

A woman screamed inside and then a man kicked his way out a window above the plywood and dropped to the sidewalk. He was followed by more than a half-dozen others, with one man throwing out an armload of clothes and then gathering them up and running off as police nearby didn’t attempt to make arrests.

In San Diego, a protest took an ominous turn after several hours when police said they fired tear gas to disperse a crowd pelting them with rocks and bottles.

In Los Angeles, damage from Saturday’s violence included windows shattered at nearly every shop along a stretch of trendy Melrose Avenue.

Alan Kokozian looked up through a hole in the roof of Tony K’s Shoe Store, where fire had burned and most of his inventory was stolen or damaged. He had pleaded for people to spare his establishment and was struck in the head with a bottle.

“This was not a political protest,” Kokozian said.

Officials acknowledged the anger of protesters over the death of Floyd, a handcuffed black man who died after a white Minneapolis police officer pressed his knee to Floyd’s neck, and affirmed their right to demonstrate. But they condemned the wave of crime by a small number that had overshadowed the protest message.

“It breaks my heart, too, to think about the Angelenos protesting in peace and fighting for justice how this violence and looting clouds that picture,” Garcetti said.

Yet it was hard to ignore images of police cars engulfed in flames in Los Angeles, people running out the broken door of an Alexander McQueen luxury clothing store on Rodeo Drive in Beverly Hills or demonstrators tossing fireworks at officers in Santa Ana.

There was also video of officers in skirmish lines in LA, some swinging clubs at protesters, others firing projectiles at people with their hands up and crowds running from a cloud of tear gas in Beverly Hills.

Garcetti praised the 99.99% of officers he said had shown restraint. Moore, who was on the front lines Saturday, said officers had acted appropriately, though he acknowledged some “individual failures.”

Five LAPD officers were injured in the clashes and two hospitalized, including one who required surgery after his skull was fractured by a brick, Moore said.

Breed expressed sadness about the destruction and said she was not going to tolerate the violence.

“I think people are hurting and they’re angry and they’re trying to be heard because there’s no other way to get anyone’s attention,” Ally Kaiahua said of the property damage in La Mesa.