A policy that would nearly triple the number of University of California student-athletes who would be guaranteed financial aid to continue their studies in the event of a career-ending sports injury is scheduled to be considered by the university's governing board on Wednesday.

The proposal came from a working group of UC athletic directors tasked with making recommendations for improving the well-being of students who participate in intercollegiate sports at the highest levels.

Other suggestions include identifying recruits who might need extra academic help once they get to college, requiring students who are struggling in the classroom to meet with counselors trained to work with athletes, making sure new athlete orientations cover topics such as sexual misconduct, mental health and diversity, and giving student-athletes priority in registering for classes that suit their schedules. 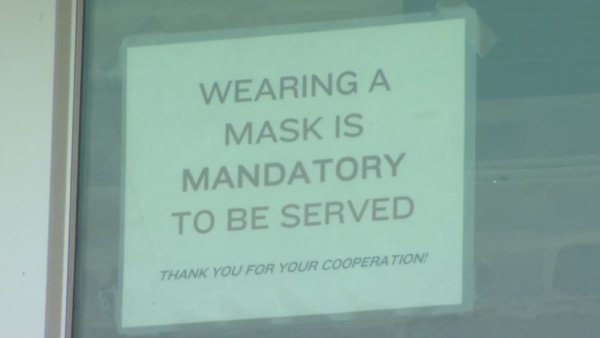 ‘Vile and Disrespectful': Man Goes on Hate-Filled Rant After Refusing to Wear Mask At Local Brewery

Lt. Gov. Gavin Newsom's office, which participated in the discussions, says the financial aid guarantee extends to students attending UC's Davis, Irvine, Riverside, Santa Barbara and San Diego campuses on athletic scholarships the same protections that a 2012 state law provided to student-athletes at the four California universities in the Pacific 12 Conference, including UC Berkeley and UCLA.

The university awarded 2,686 athletic scholarships last year, 968 of them to students at Berkeley and UCLA, according to information the university provided to the lieutenant governor's office.

The proposed policy promising continued financial support to students who are injured while practicing or competing would only apply to students receiving athletic merit scholarships in Division I and Division II programs. It therefore does not cover student-athletes at UC Santa Cruz and UC Merced, which are Division III and do not offer sports scholarships.

The working group also contemplated whether the university should follow the Pac-12 in awarding four-year athletic scholarships instead of providing them on a year-to-year basis. It concluded that the costs of such an arrangement would be prohibitive for schools besides UCLA and Berkeley that do not receive money from game broadcasts.