One Year Later: Kevin Nishita's Widow Speaks Out, Thanks Supporters

NBC Bay Area spoke with Kevin Nishita's widow, Virginia Wednesday about the search for the third suspect and how she feels his spirit is keeping her strong.

Thanksgiving marks the one-year anniversary of the shooting death of a security guard and former police officer Kevin Nishita.

Two people have been arrested in his death, while a third suspect is still at large.

A picture collage of Kevin Nishita is the first thing you will see when you walk into his home. His widow Virginia Nishita gave NBC Bay Area a tour Wednesday.

The slain security guard was gunned down while protecting a TV news crew in Oakland last year, on the day before Thanksgiving. 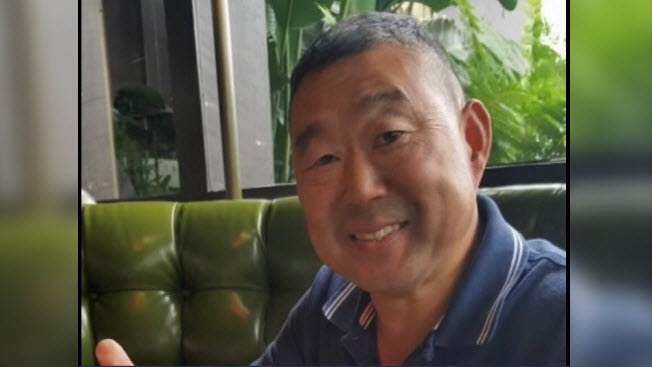 “I can’t believe it’s been one year. But a lot of changes in my life that now make the decisions and walk the steps that Kevin and I should be walking right now,” she said.

Instead, Virginia is moving ahead alone with the support of family and the community. This year, Kevin Nishita's death lands on Thanksgiving.

Despite the enormous loss, Virginia Nishita said she still has a lot to be thankful for.

“I also want to thank the people of Oakland, that turned in all the video, stuff on that day of the crime,” she said.

That video helped Oakland police arrest two men in the case. A third suspect, Leron Gilbert, is still at large.

Virginia is also dealing with another loss. Kevin’s beloved dog and constant companion Cali passed away a few weeks ago. It’s been tough for her.