A young mountain lion that had been spotted sleeping in a planter box along a normally busy street and looking at his reflection in the glass of an office tower in downtown San Francisco was safely captured Thursday and will be released into the wild, officials said.

The disoriented cougar roamed the streets for two days until he was spotted by a police officer near Oracle Park, home of the San Francisco Giants, said Officer Adam Lobsinger, a police spokesman.

Officers set up a perimeter and waited for animal control officials to arrive. They safely captured the 50-pound cat in an apartment building’s green area with lots of shrubbery without the use of sedatives, Animal Care and Control spokeswoman Deb Campbell said.

“In 24 hours, it only moved a few blocks. The poor guy really needed some help,” she said.

Campbell said officials get reports of cougars in San Francisco about once a year. The animals come up along the Pacific Coast from the hills south of the city but eventually find their way back to the wilderness.

“We never had a mountain lion right in the middle of downtown San Francisco,” Campbell said. 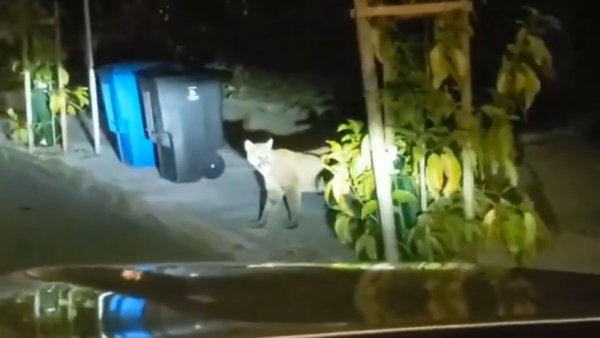 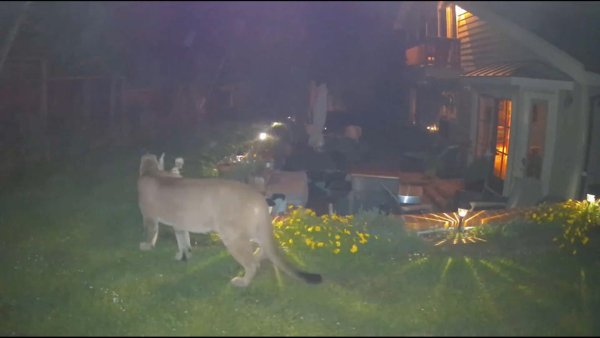 Officials had been eyeing his movements since Tuesday, when a motorist first reported seeing it in Russian Hill, a neighborhood known for the famously crooked Lombard Street.

Hours later, surveillance cameras recorded it crossing the parking lot of a television station in the Embarcadero. Soon after, it was spotted again in an area of gleaming office towers.

Officials worried the animal wouldn’t find its way south and asked residents in the area to send in any photos or video of the cat so they could monitor its movements.

Photo and video images show it crossing streets and walking among apartment building and office towers.

“It was looking in windows, looking at his reflection or something. Maybe he thought it was his mom or brother or sister,” Campbell said.

Police sent out a tweet urging people to stay vigilant.

“It is likely the mountain lion is confused and lost, and will soon find its way south and out of the city,” police officials said in a tweet Wednesday. “If approached by the mountain lion, make yourself appear big and shout.”

Mountain lions leave their families after they are 2 years old. But this lion is under that age, and it’s unclear what led him to leave its family, Campbell said.

The big cat is in the custody of Fish and Wildlife officials, who will evaluate his health and decide where to release him in the wild, she said.