From the moment all those months ago that Klay Thompson uttered “championship or bust” with his team off to an 18-2 start, the Golden State Warriors seemed set to make good on his lofty proclamation.

It took Thompson getting healthy at last, then Draymond Green and Stephen Curry overcoming their own injuries down the stretch, and a cast of youngsters shining on the big playoff stage for the Warriors to win again.

Coach Steve Kerr and his champion Warriors celebrated with a victory parade through San Francisco on Monday as thousands packed the streets on a warm June day and blue and gold confetti fell — with all those new faces taking part this time, too. Players jumped off their respective rides to mingle with fans, Porter and Thompson dancing and Andrew Wiggins spraying fans with champagne. 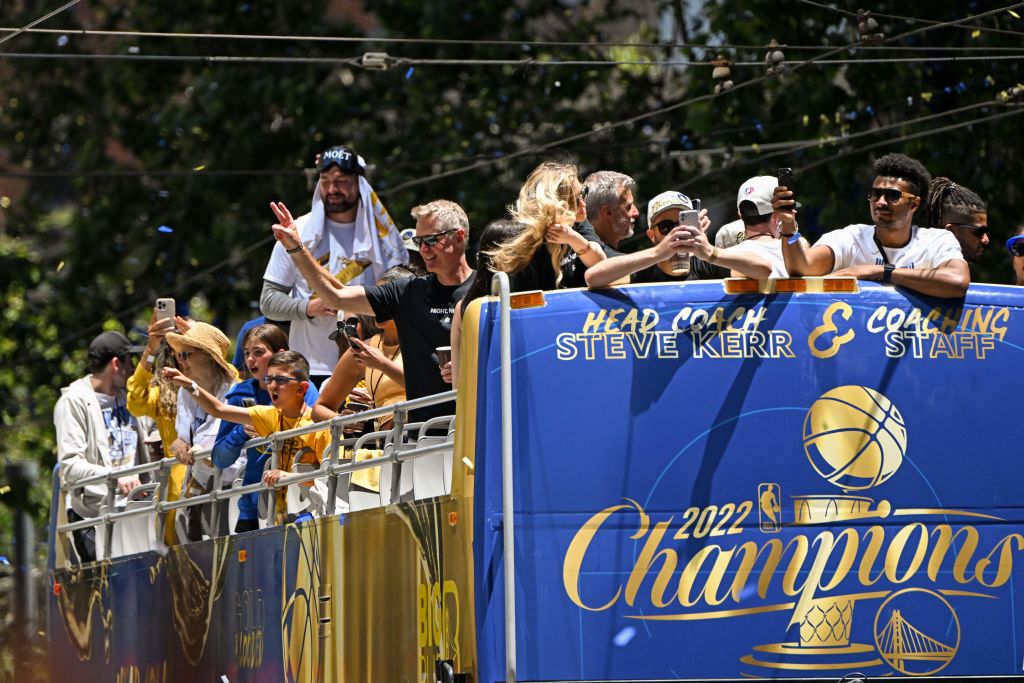 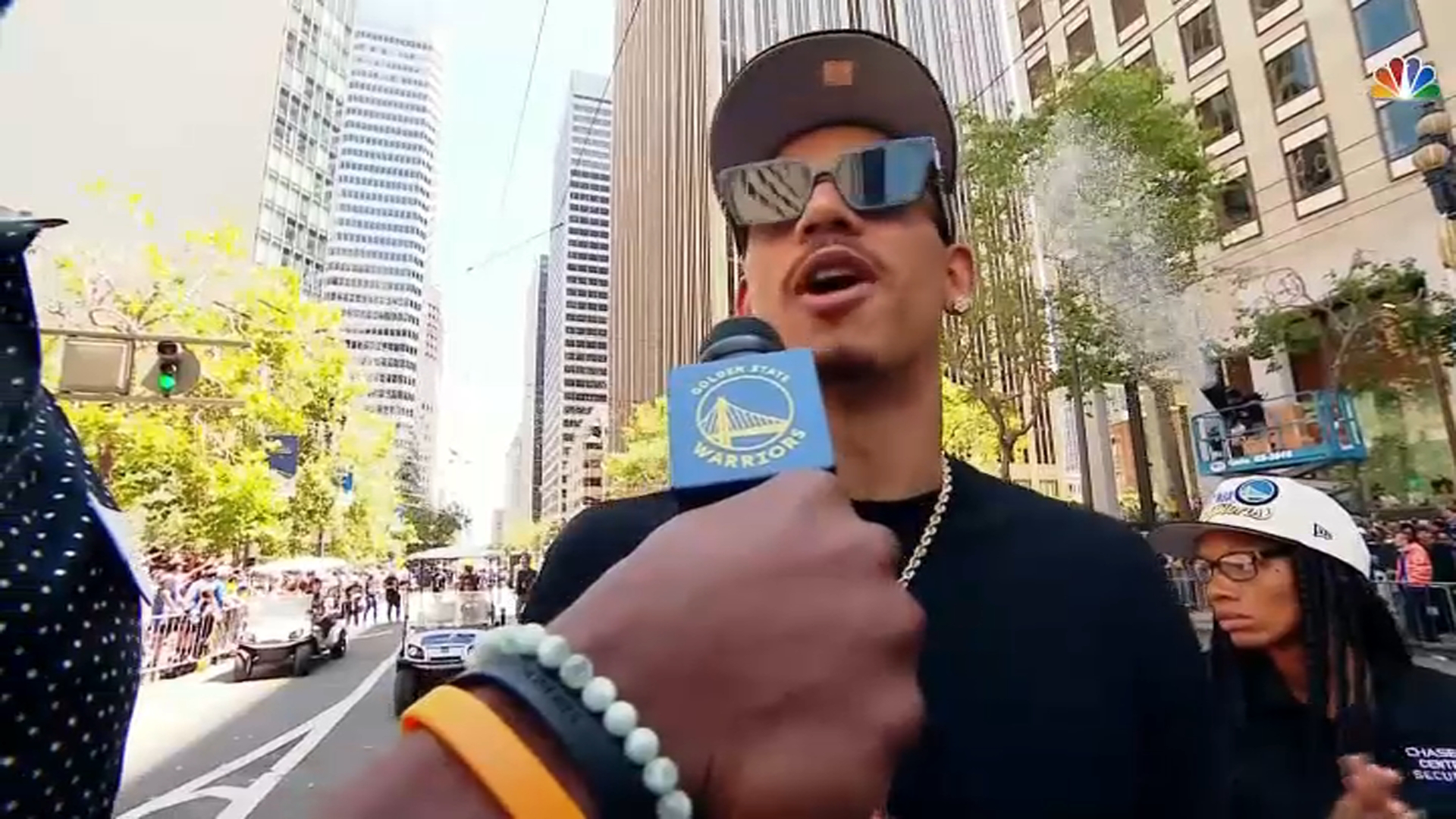 ‘I've Been Waiting My Whole Life for This Moment:' Juan Toscano-Anderson Speaks on His Journey With the Warriors

Curry sported his three previous championship rings on a necklace.

“I had to bring the jewelry back out. I don’t look at it during the year,” Curry told NBC Sports Bay Area.

Golden State captured the franchise’s fourth championship in eight years Thursday night by beating the Boston Celtics 103-90 in the clinching Game 6. Afterward, Finals MVP Curry, Thompson and Green — the three core members part of each title run, sat together in celebration, with Curry cradling the trophy.

And this time, Thompson’s “Holy cannoli, this is crazy” reaction resounded everywhere. With the Warriors winning on the road, the home fans got their moment to cheer the team once more on Monday.

Hundreds of thousands of fans from all around the Bay Area celebrated the Golden State Warriors’ fourth title of the Steph Curry era and Market Street was the place to be all day long. Sergio Quintana and Damian Trujillo report.

“We know what we’re capable of and we’re playing at the highest level,” third-year guard Jordan Poole said Saturday as players went through exit interviews. “We wouldn’t be here if we had any self doubt. When you put guys together who are able to really lock in and do it together as a team, the power and the feeling is all, it’s insane. You can kind of feel that positive vibe and positive energy, and we all have each other’s back.”

Thompson returned in January from more than 2 1/2 years sidelined following surgery for a torn ACL in his left knee then another operation on his torn right Achilles tendon. But Green then went down followed by Curry late in the regular season.

Warriors Head Coach Steve Kerr talks about why the team's most recent championship win was the "most unlikely one" and how the team's culture helped it.

Fellow veteran Andre Iguodala, the 2015 NBA Finals MVP who is now 38 and also missed significant time, returned to contribute during the postseason and help Golden State get back to the top.

A whole cast of newcomers contributed to this title — from Poole to Wiggins to Gary Payton II.

“This one hits different for sure, just knowing what the last three years have meant, what it’s been like from injuries to changing of the guard in the rosters, Wiggs coming through, our young guys carrying the belief that we could get back to this stage and win, even if it didn’t make sense to anybody when we said it, all that stuff matters,” Curry said. “And now we got four championships. Me, Dray, Klay, and Andre, we finally got that bad boy. It’s special.”

Warriors player Jordan Poole talks about the team's most recent championship run and the team's culture.

Those new faces are a big reason why this one feels a little different. When Golden State won back-to-back titles in 2017 and ’18 before falling to Toronto the following year, Kevin Durant joined Curry, Green and Thompson as they began to build a dynasty. There were five straight NBA Finals trips from 2015-19.

“We had Kevin Durant for three years with this core group. Those teams were untouchable,” coach Steve Kerr said. “This team has been compared to our first championship team in 2015. Maybe there are some similarities. This is still a really talented group of players.”

Kevon Looney of the Warriors talks to Festus Ezeli about the journey to another NBA title.

Wiggins, Payton and Otto Porter Jr. all have expressed their desire to return to the Warriors, while assistant coach Kenny Atkinson backed out of the head coaching position with Charlotte to stay put and try to win another title in the Bay Area.

“It’s really special to see guys like Wiggs and Loon and Gary Payton, just how far they have come, the impact they made, Jordan Poole, the same thing,” Kerr said. “I know I’m going to forget people but it takes a full team effort to do this, and we just had a great group.”