“I don’t know whether it’s because of the law or because I’m Mexican. The simple truth is that they treated me badly,” Mario González said

A man who survived the shooting that killed his wife at an Atlanta-area massage parlor last week said police detained him outside the spa for four hours after the attack before finally telling him his wife was dead while he sat handcuffed in the back of a patrol car.

Mario González, a Mexican National, made the revelation in an interview with Mundo Hispanico, a Spanish-language news website, and follows other criticism of Cherokee County officials investigating the March 16 attack, which killed four people. Four others were killed about an hour later at two other spas in Atlanta.

González's accusation would also mean that he remained detained after police released security video images of the suspected gunman and after authorities captured him 150 miles south of Atlanta. He questioned whether his treatment by authorities was because he's Mexican. 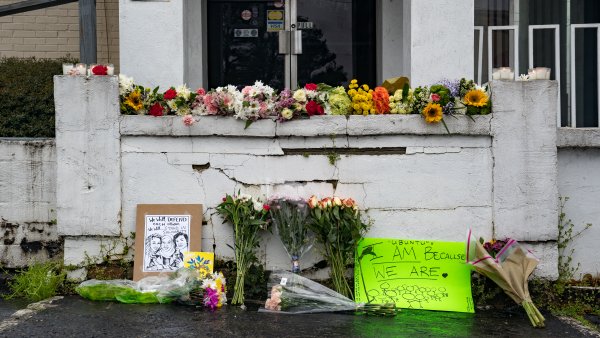 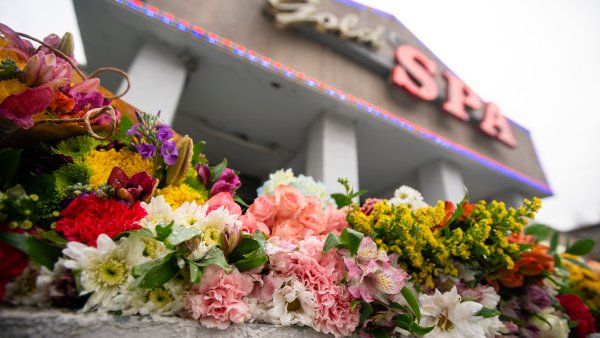 The Cherokee County Sheriff’s Office did not immediately respond to email requests from NBC News and The Associated Press seeking comment Monday.

González and his wife, 33-year-old Delaina Ashley Yaun stopped by Young’s Asian Massage in Acworth after Yaun got off her shift at the Waffle House. They had planned it as a day for Yaun to relax while a relative watched their baby girl. González told Mundo Hispanico that Yaun wanted a one-hour massage and the two went into separate rooms. Toward the end of the massage, González said he heard gunfire erupt.

"I couldn't see anything and I stayed in my room," he said. "I just kept thinking that it was in the room my wife was in."

Deputies arrived within minutes. González said they put him in hand cuffs and detained him for about four hours.

"I wanted to know if she was alive or dead, but they ignored me," González said in the video. “They had me in the patrol car the whole time they were investigating who was responsible, who exactly did this.”

González accused authorities of knowing he was Yaun's husband and only telling him hours later that she was dead. "I wanted to know earlier,” he added.

During the interview with Mundo Hispanico, González showed marks on his wrists from handcuffs. “I don’t know whether it’s because of the law or because I’m Mexican. The simple truth is that they treated me badly,” he said.

Amid the heartbreak of losing his wife, González said police should have consoled him, not treated him like a criminal.

"This is was not fair and something must be done," he said. "What I needed was support and what I need most right now is support."

Rita Barron, who owns a boutique next to the massage business, told the AP that the day before she was killed, Yaun dropped by to say hello and show photos of her infant daughter.

"She told me, 'I’m happy. I want another baby,'” said Barron, who met Yaun from eating at the Waffle House where the slain mother worked.

Left alone to raise their 8-month-old daughter and his wife's teenage son, González told Mundo Hispanico the shooter took “the most important thing I have in my life."

"He deserves to die, just like the others did,” González said.

The 21-year-old gunman has been charged with murder in the deaths of eight people, seven of the slain victims were women, six of them of Asian descent.

Meanwhile, Cherokee sheriff’s Capt. Jay Baker was removed as spokesman for the case after telling reporters the day after the shootings that Long had “a really bad day” and “this is what he did.” A Facebook page appearing to belong to Baker promoted a T-shirt with racist language about China and the coronavirus last year.

Sheriff Frank Reynolds released a statement acknowledging that some of Baker’s comments stirred “much debate and anger” and said the agency regretted any “heartache” caused by his words.