As Coronavirus Rolls On, Republicans Hit ‘pause' on New Aid

Despite their distaste for further negotiations with Democrats, many Republicans privately see passage of another coronavirus measure as inevitable

Businesses are going belly up, tens of millions have been laid off and, by some measures, the U.S. seems headed for another Great Depression. But Republicans surveying the wreckage aren't ready for another round of coronavirus aid, instead urging a “pause.”

Polls show GOP voters think the government is already doing enough, Republicans on Capitol Hill are divided over the best approach and billions approved by Congress have yet to be spent. It's unclear what President Donald Trump wants to do next, if anything, to help the economy. His payroll tax cut idea hasn't gained any traction in Congress.

For these and other reasons, GOP leaders see an unfolding crisis that does not yet cry out for further action.

“There’s just a pragmatic piece to this, which is, if we’re going to do another bill, let’s get into June and July so we know how people are re-emerging,” said Rep. Patrick McHenry of North Carolina, the top Republican on the House Financial Services Committee. 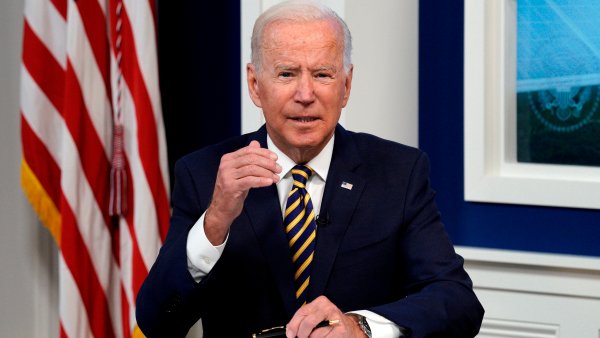 The political balancing act comes as the long-dormant deficit-hawk wing of the GOP lumbers back to life, recoiling from the House Democratic proposal to spend another $3 trillion in taxpayer money. Yet many Republicans acknowledge there is a risk to standing pat, given the massive unemployment, financial struggles for local governments and growing COVID-19 caseloads, particularly with the November election approaching.

Despite their distaste for further negotiations with Democrats, many Republicans privately see passage of another coronavirus measure as inevitable.

Senate Majority Leader Mitch McConnell, a proponent of the “pause,” says Republicans are “taking a look at what we’ve already done. And we’ve added about $3 trillion to the national debt, and assessing the effectiveness of that before deciding to go forward.”

Yet McConnell, R-Ky., is cracking open the door to more legislation, provided that it is “narrowly targeted.”

On Thursday, Senate Democratic leader Chuck Schumer of New York said it's inevitable that Republicans will negotiate. He would like Treasury Secretary Steven Mnuchin, with whom he has a good relationship, to remain in a leading role.

“In the last two bills, they sat on the sidelines at the beginning, said our way or no way, and then they had to come to the table," Schumer said on CNBC. “Steve Mnuchin was a very positive and powerful force, bringing them in that direction because he knew we had to do stuff for the economy — and the bill for all the partisanship passed 96-0."

Still, recent polls show GOP voters are far more likely to be satisfied with the government’s virus response than are Democrats. They are less fearful of a second wave of cases as states loosen stay-at-home orders, and they are not clamoring for more aid.

“We’re starting to hear grumbling against spending that I haven’t heard for a while,” said Adam Brandon, president of FreedomWorks, a conservative group.

Conservative senators from GOP strongholds argue that Washington has done enough, and they have been squaring off in meetings with moderates and pragmatists siding with Democrats. The moderates are supportive of relief for states and local governments, help for the Postal Service, additional jobless aid, and further provisions on testing and tracing for the virus.

The conservative senators have influence with Trump, but he doesn't share their fiscal instincts.

The president and deputies such as Mnuchin have signaled a willingness to deliver aid to state and local governments, which is a central demand of House Speaker Nancy Pelosi, D-Calif. Trump at one point even floated a massive debt-financed effort on infrastructure, leaving many conservatives aghast.

Trump has cautioned Republicans against drawing a red line against state and local aid.

Many think the next coronavirus bill, when it passes, will be the last one for a while.

“I don’t see us coming back before the election so I’d rather us get this smart and right rather than shoveling more coal into the fire, and people saying we’ll come back and do more,” McHenry said.

But it's clear that Republicans are dreading another round of negotiations with Democrats.

While each of the four prior COVID-19 response measures passed by almost unanimous votes, the outcome required GOP leaders to accept significant legislative victories for Pelosi and Schumer. They fear another episode in which Mnuchin, a former Democrat, gives them even more.