Voting legislation that Democrats and civil rights leaders say is vital to protecting democracy collapsed Wednesday when two senators refused to join their own party in changing Senate rules to overcome a Republican filibuster after a raw, emotional debate.

The outcome was a stinging defeat for President Joe Biden and his party, coming at the tumultuous close to his first year in office.

Despite a day of piercing debate and speeches that often carried echoes of an earlier era when the Senate filibuster was deployed by opponents of civil rights legislation, Democrats could not persuade holdout senators Kyrsten Sinema of Arizona and Joe Manchin of West Virginia to change the Senate procedures on this one bill and allow a simple majority to advance it.

“This is a moral moment,” said Sen. Raphael Warnock, D-Ga.

Voting rights advocates are warning that Republican-led states nationwide are passing laws making it more difficult for Black Americans and others to vote by consolidating polling locations, requiring certain types of identification and ordering other changes.

Vice President Kamala Harris presided, able to break a tie in the 50-50 Senate if needed, but she left before the final roll call. The rules change was rejected in a 52-48 vote, with Manchin and Sinema joining the Republicans in opposition.

The nighttime voting brought an end, for now, to legislation that has been a top Democratic priority since the party swept control of Congress and the White House. 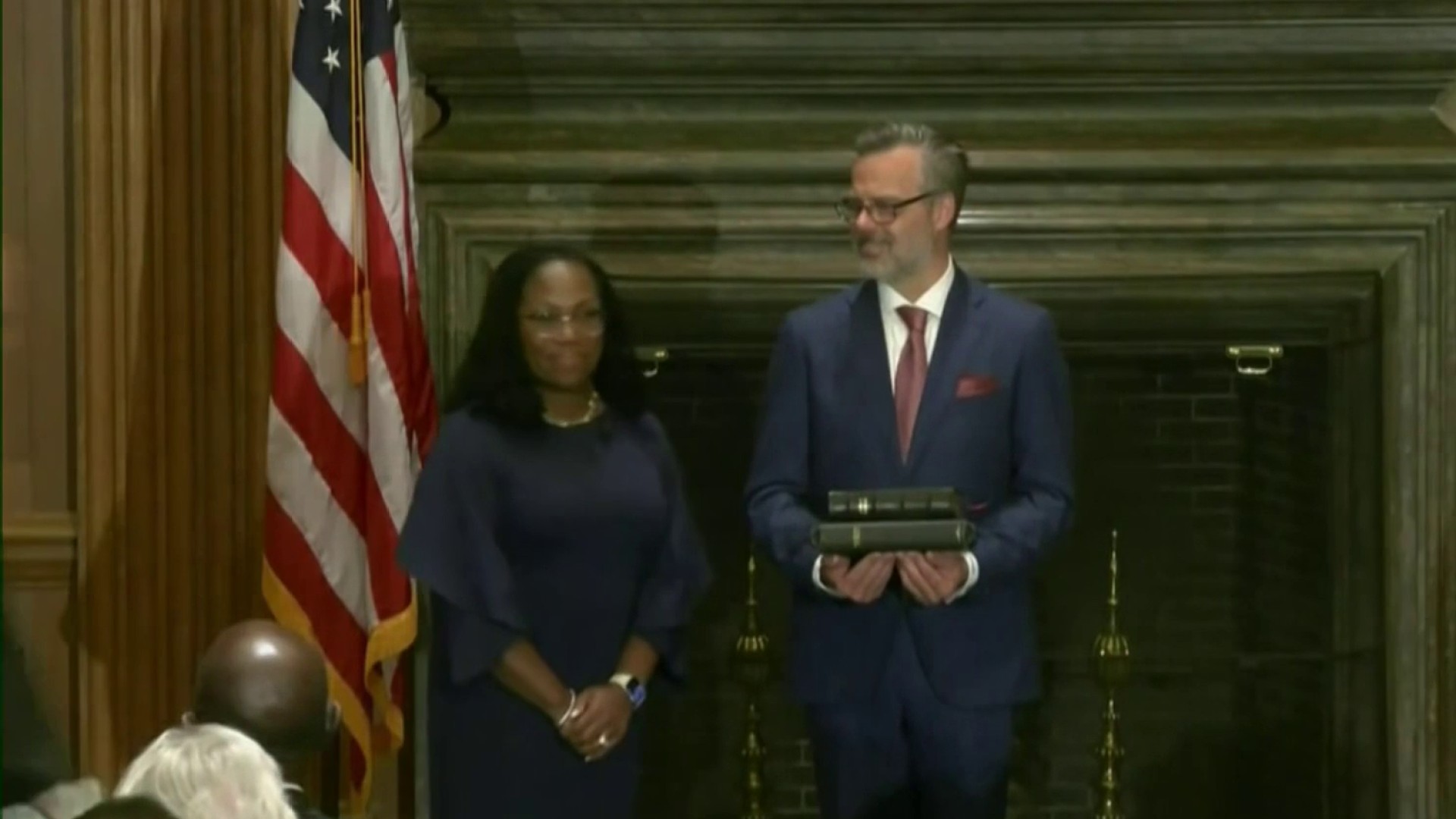 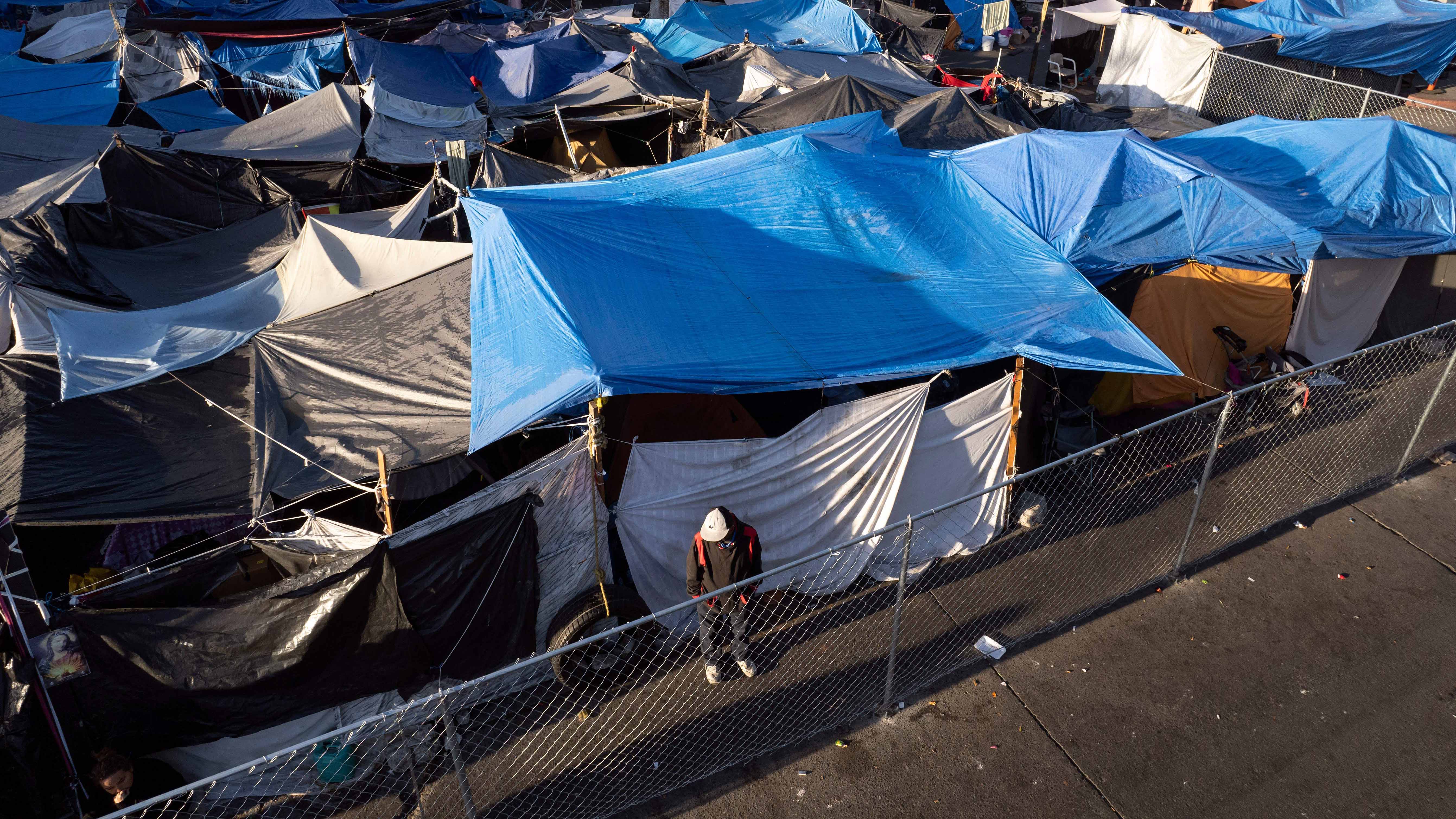 Country's Most Controversial Immigration Policy Coming to an End

"I haven’t given up,” Biden said earlier at a White House news conference.

The Democrats’ bill, the Freedom to Vote: John R. Lewis Act, would make Election Day a national holiday, ensure access to early voting and mail-in ballots — which have become especially popular during the COVID-19 pandemic — and enable the Justice Department to intervene in states with a history of voter interference, among other changes. It has passed the House.

Both Manchin and Sinema say they support the legislation, but Democrats fell far short of the 60 votes needed to advance the bill over the Republican filibuster. It failed 49-51 on a largely party-line vote.

Instead, Senate Majority Leader Chuck Schumer put forward a more specific rules change for a “talking filibuster” on this one bill. It would require senators to stand at their desks and exhaust the debate before holding a simple majority vote, rather than the current practice that simply allows senators to privately signal their objections.

But that, too, failed because Manchin and Sinema said they were unwilling to change the rules on a party-line vote by Democrats alone.

Emotions were on display during the floor debate.

When Sen. Dick Durbin, D-Ill., asked Senate Republican leader Mitch McConnell of Kentucky whether he would pause for a question, McConnell left the chamber, refusing to respond.

Durbin said he would have asked McConnell, “Does he really believe that there's no evidence of voter suppression?"

The No. 2 Republican, Sen. John Thune of South Dakota, said at one point, “I am not a racist.”

McConnell, who led his party in doing away with the filibuster’s 60-vote threshold for Supreme Court nominees during Donald Trump’s presidency, warned against changing the rules again.

McConnell derided the “fake hysteria” from Democrats over the states' new voting laws and called the pending bill a federal takeover of election systems. He said doing away with filibuster rules would “break the Senate.”

Manchin drew a roomful of senators for his own speech, upstaging the president’s news conference and defending the filibuster. He said changing to a majority-rule Senate would only “add fuel to the fire” and the "dysfunction that is tearing this nation apart.”

Several members of the Congressional Black Caucus walked across the Capitol building for the proceedings. “We want this Senate to act today in a favorable way. But if it don’t, we ain’t giving up,” said Rep. James Clyburn, D-S.C., the highest-ranking Black member of Congress.

Manchin did open the door to a more tailored package of voting law changes, including to the Electoral Count Act, which was tested during the Jan. 6, 2021, insurrection at the Capitol. He said senators from both parties are working on that and it could draw Republican support.

Sen. Lisa Murkowski, R-Alaska, said a bipartisan coalition should work on legislation to ensure voter access, particularly in far-flung areas like her state, and to shore up Americans’ faith in democracy.

“We don’t need, we do not need a repeat of 2020 when by all accounts our last president, having lost the election, sought to change the results,” said Murkowski.

She said the Senate debate had declined to a troubling state: “You’re either a racist or a hypocrite. Really, really? Is that where we are?”

At one point, senators broke out in applause after a spirited debate between Sen. Susan Collins, R-Maine, among the more experienced lawmakers, and new Sen. Jon Ossoff, D-Ga., over the history of the Voting Rights Act.

Sinema sat in her chair throughout much of the day's the debate, largely glued to her phone.

Senate Majority Leader Chuck Schumer contended the fight is not over and he ridiculed Republican claims that the new election laws in the states will not end up hurting voter access and turnout, comparing it to Donald Trump’s “big lie” about the 2020 presidential election.

Democrats decided to press ahead despite the potential for high-stakes defeat as Biden is marking his first year in office with his priorities stalling out in the face of solid Republican opposition and the Democrats’ inability to unite around their own goals. They wanted to force senators on the record — even their own party’s holdouts — to show voters where they stand.

Once reluctant himself to change Senate rules, Biden has stepped up his pressure on senators to do just that. But the push from the White House, including Biden's blistering speech last week in Atlanta comparing opponents to segregationists, is seen as too late.